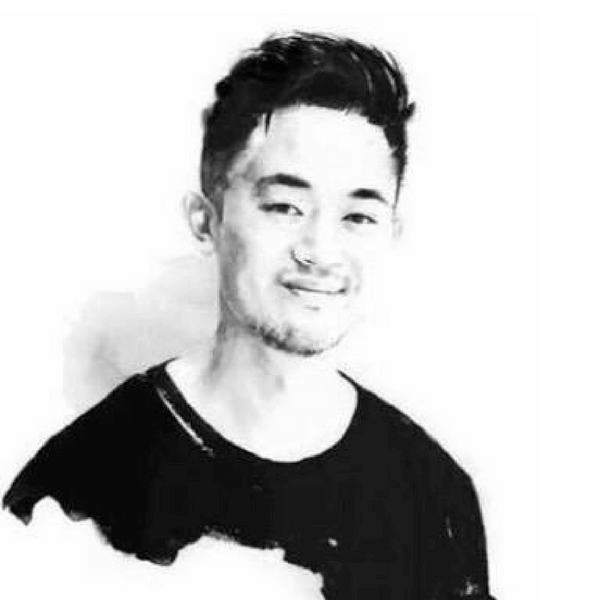 I first came across Benjamin Law when he was announced as a judge for Australia’s Stella Prize. Based on a similar format as the UK’s Women’s Prize for Fiction, it’s a major literary award that champions women writers, and both nonfiction and fiction books by Australian women are eligible for entry. Having headed up the social media for the Women’s Prize for Fiction for two years, prior to moving to Sydney, I’m a close follower of The Stella Prize and thought it was a great move to enlist a male author as one of their judges last year.

As a journalist, columnist, TV screenwriter and author of two books – The Family Law (2010) and Gaysia: Adventures in the Queer East (2012), Benjamin is undoubtedly a big name in Australia’s literary scene, and someone who has generated a legion of followers and fans of his work. I’m delighted to have Benjamin on my Desert Island Books series, and suffice it to say I’ll be adding a number of his reading recommendations to my rapidly growing reading pile. From the book that blew his mind as a teenager, to a collection of essays by the person he cites as Australia’s best living writer, read on to find out his Desert Island Books picks…

I rarely cry when reading books, but I burst into hot tears finishing this saga about a Korean-Japanese family over several generations. Lee has that rare capacity to be both panoramic and deeply intimate at the same time. I didn’t want this book to end.

I’ll cage-fight anyone who declares anyone else as Australia’s best living writer. Garner can do it all: novels, plays, scripts and towering feats of investigative journalism. But her essays: damn. Dry, razor-sharp, funny as fuck and bang on.

His Dark Materials by Philip Pullman

Harry Potter’s bloody terrific, but if I needed a ball-tearer of a fantasy series to meet every need, it’d be this. Who knew combining quantum physics and critiques of institutionalised religion could make for such great fantasy adventure stories?

The book that really blew my mind open as a teenager. I didn’t understand half of it then, but knew it was terrifying, momentous and important. Revisiting it as an adult, I’m still in awe over how precise, resonant and dread-inducing it is.

Utter nightmarish perfection. No one nails a family drama like Richard Yates, and this forensic look at the anatomy of a marriage falling apart – his first book – is a brutal, bruising masterpiece.

The Hours by Michael Cunningham

One of the few novels I’ve read several times. It’s precise and perfect and goes far beyond a homage to Mrs Dalloway. You’d almost argue this novel – so preoccupied with death – is really about the meaning of life.

People who pooh-pooh comics and graphic novels (1) are idiots; and (2) obviously need to read this one. A queer classic and a brilliant memoir, not just about queerness, family and secrets, but the power of literature itself.

I’m evangelical about this book. When I read it when it first came out in 2017, I dog-eared almost every page until the book was almost ruined. It’ll completely reframe how you see not just race and racism, but the world in which you walk.