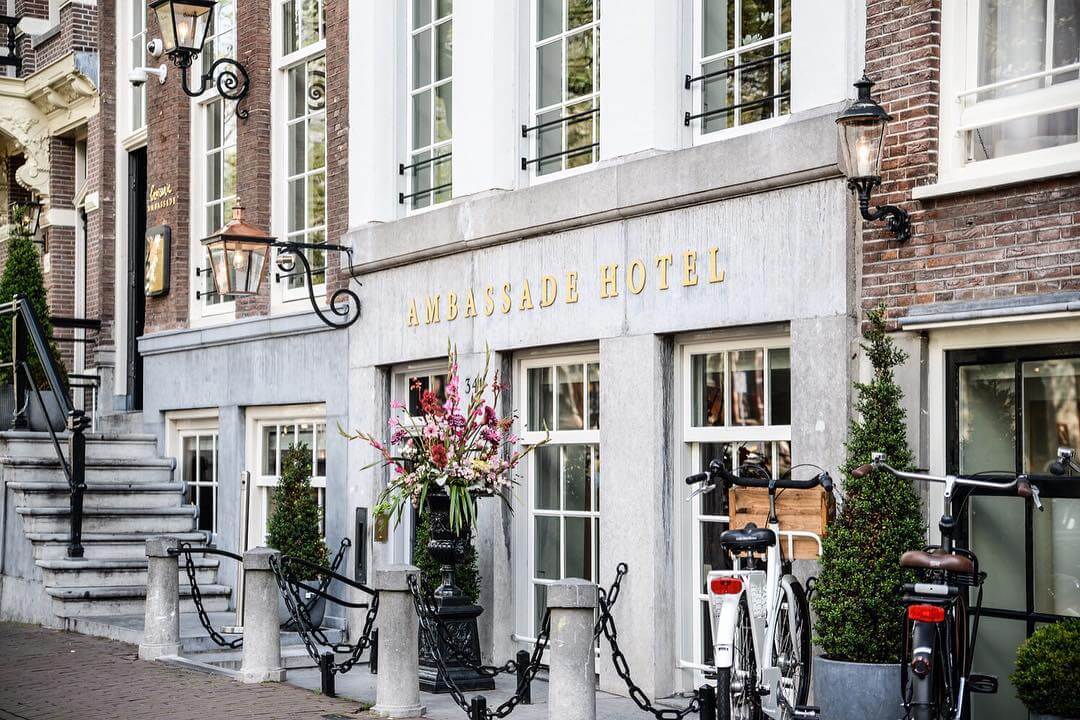 While Amsterdam is undoubtedly one of Europe’s most popular destinations for weekend city breaks, unlike Paris and London, it isn’t a city synonymous with literature. In fact, when I take a look back and the many and varied book reviews I’ve written on this very blog, just a couple have been by a Dutch author, namely the witty and wonderful Herman Koch, who I was lucky enough to see in conversation when he visited Sydney Writer’s Festival two years ago.

Dig a little deeper into the city however, and you’ll soon find a wealth of literary links. Most famous, of course, is German refugee Anne Frank, whose diary was written in Dutch while she was in hiding for two years with her family during the Nazi occupation of the Netherlands. Amsterdam is also a city that is frequently used as a backdrop in novels – and most recently has made appearances in The Goldfinch, The Minaturist and The Fault in Our Stars. Home too, to an abundance of literary festivals – the most famous one being Read My World – a festival dedicated to exploring the boundaries of international literature – and countless independent bookshops and you’ll soon see why the aptly named Venice of the North is a dream destination for bookworms. 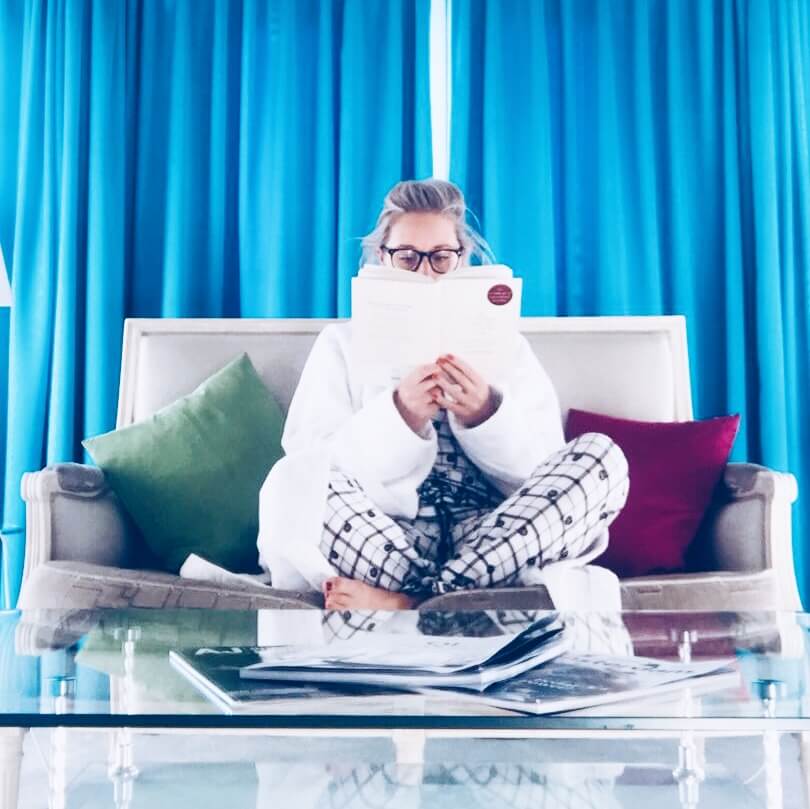 And if you’re looking for somewhere suitably bookish to stay while in the city best loved for its artistic heritage and elaborate canal system, the Ambassade Hotel is just the place you’re looking for. Read on to find out more about The Literary Edit’s stay at this literary retreat in the hub of the Netherland’s capital.

Overlooking Amsterdam’s famous waterways, the Ambassade Hotel started as just one canal-side building in 1953, and has since grown to occupy ten waterfront buildings with an impressive 56 rooms. With a strong literary history, the hotel not only hosts a monthly literary salon, but also features a stunning library bar that is home to a unique collection of over 4000 books signed by authors who have stayed there. With said authors spanning 76 countries and including the likes of literary heavyweights Toni Morisson and Salman Rushdie, I jumped at the chance to visit this boutique and bookish gem in the very heart of Amsterdam one wintery weekend. 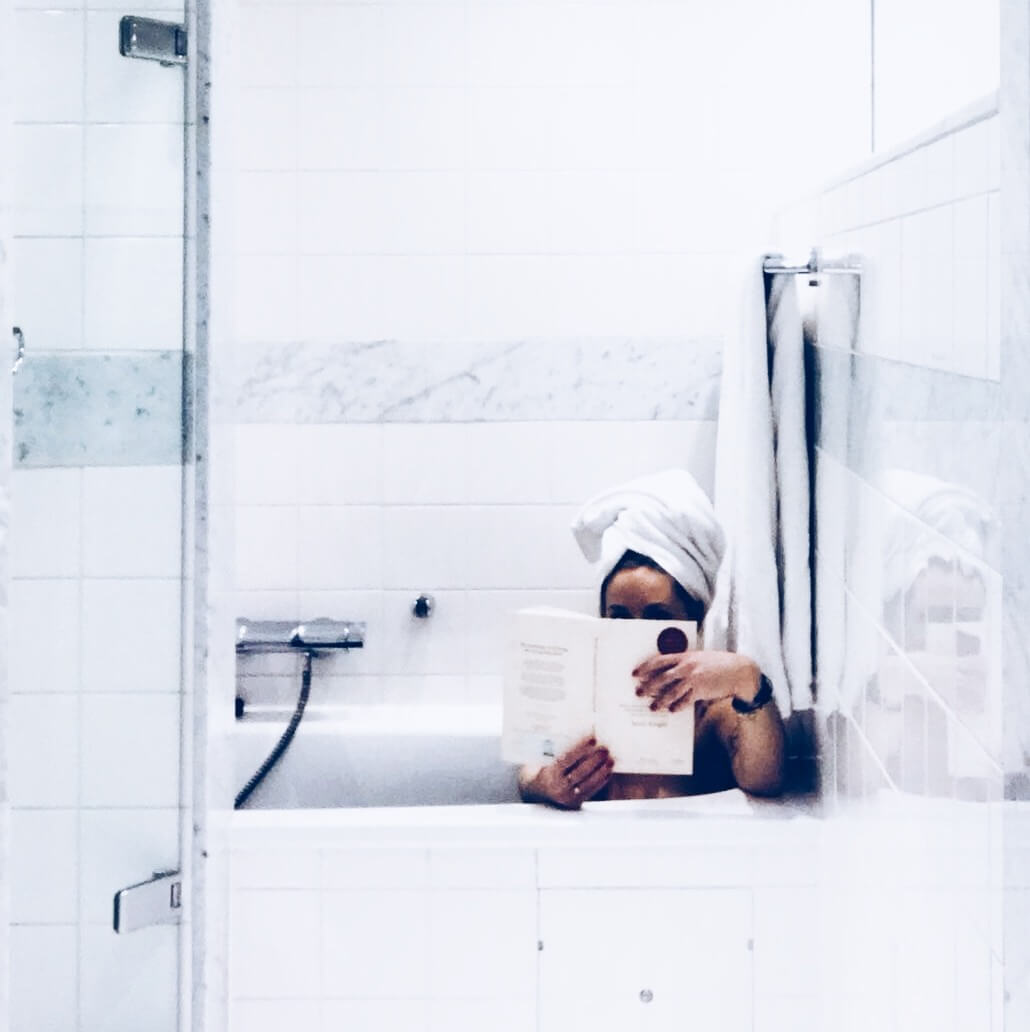 While March usually signifies the start of Spring in the UK, alas it wasn’t to be this year, and instead of daffodils and warmer evenings, we’ve been plagued with the aptly named beast from the east, and a spell of sub zero temperatures. And so it was with some trepidation that I booked my flight to Amsterdam, worried that a flurry of springtime snow may have an adverse affect on my flight. Thankfully, the flight went ahead as planned, and while the snow was falling heavily in the UK, I escaped for the bright skies and equally cold climes Amsterdam had to offer.

The Ambassade Hotel is located in the Herengracht canal area, meaning that guests have easy access to the nearby Tic Tac Toe streets. These famous streets boast a series of tradition Dutch boutiques and quirky gift stores and are a short distance away from the city’s much loved museum district. With unrivalled views of the canal, a collection of nearby restaurants, a quiet but ambient setting and within walking distance from Rijksmuseum, Rembrant’s house, the Anne Frank House and the Van Gogh Museum it really is quintessential Amsterdam at its very best.

When I arrived at the Ambaassade Hotel, I was greeted by a team of friendly staff who were were as welcoming and charming as any solo visiter could hope, and I soon settled into the library bar with a steaming hot cup of coffee to warm my mittened hands. Walking into the lobby was much like walking into an art gallery; the walls were adorned with the sort of art you would expect to find in a museum – CoBra, contemporary Dutch, and works by the Amsterdam Impressionists, and my bedroom was equally impressive. Sumptuous and bright, with antique style furniture and windows overlooking the canal, I couldn’t imagine a room I would rather rest my weary head in than this one. The heated bathroom floors and generous tub were a welcome relief after a wintery walk and offered an ideal opportunity for an indulgent bubble bath, and with a writing desk and a perfectly positioned sofa on which to read, it was an easy feat to feel at home among the literary legends that have stayed there before me.

RELATED:  Sleeping with books: a storied stay at Gladstone's Library 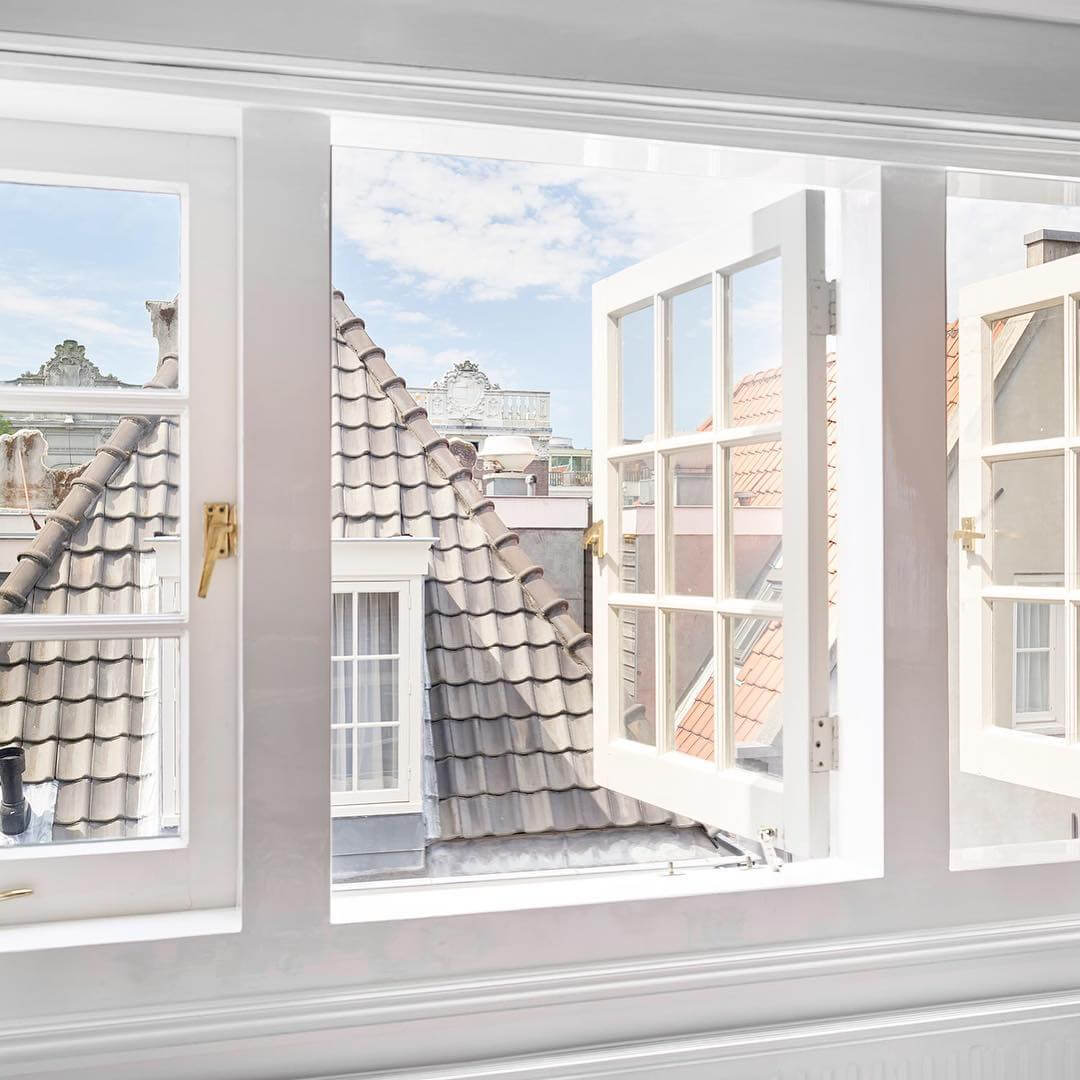 And so, to the library bar – the Ambassade Hotel’s pièce de résistance. It’s easy to see why the hotel is a go to for European publishers, and has established a devoted following among a wide range of writers, many of whom leave behind a signed copy of their work, to add to a collection that now reaches over four-thousand. I was lucky enough to see a number of the signed books during my stay – including the aforementioned The Goldfinch by American author Donna Tartt, as well as the Dutch version of Friday on my Mind by husband-wife writing duo Nicci French. The staff in the library bar were friendly, talkative and helpful, and it truly was a bookworm’s dream to be sitting surrounded by signed, first edition books of the writers who have visited this beautiful boutique hotel.

Breakfast was a lavish affair served in an impressive breakfast room with a stunning canal view, with a brilliant buffet consisting of delicious and freshly made choices with great coffees and teas plus an array of continental options and delicious pastries; champagne mimosas are also on offer should they so take your fancy.

A flawless stay in the heart of the city the perfectly fuses history with style, the Ambassade Hotel is a dream destination for bookish types and the perfect place for anyone looking for a stylish stay with a literary twist in an unbeatable waterfront location. 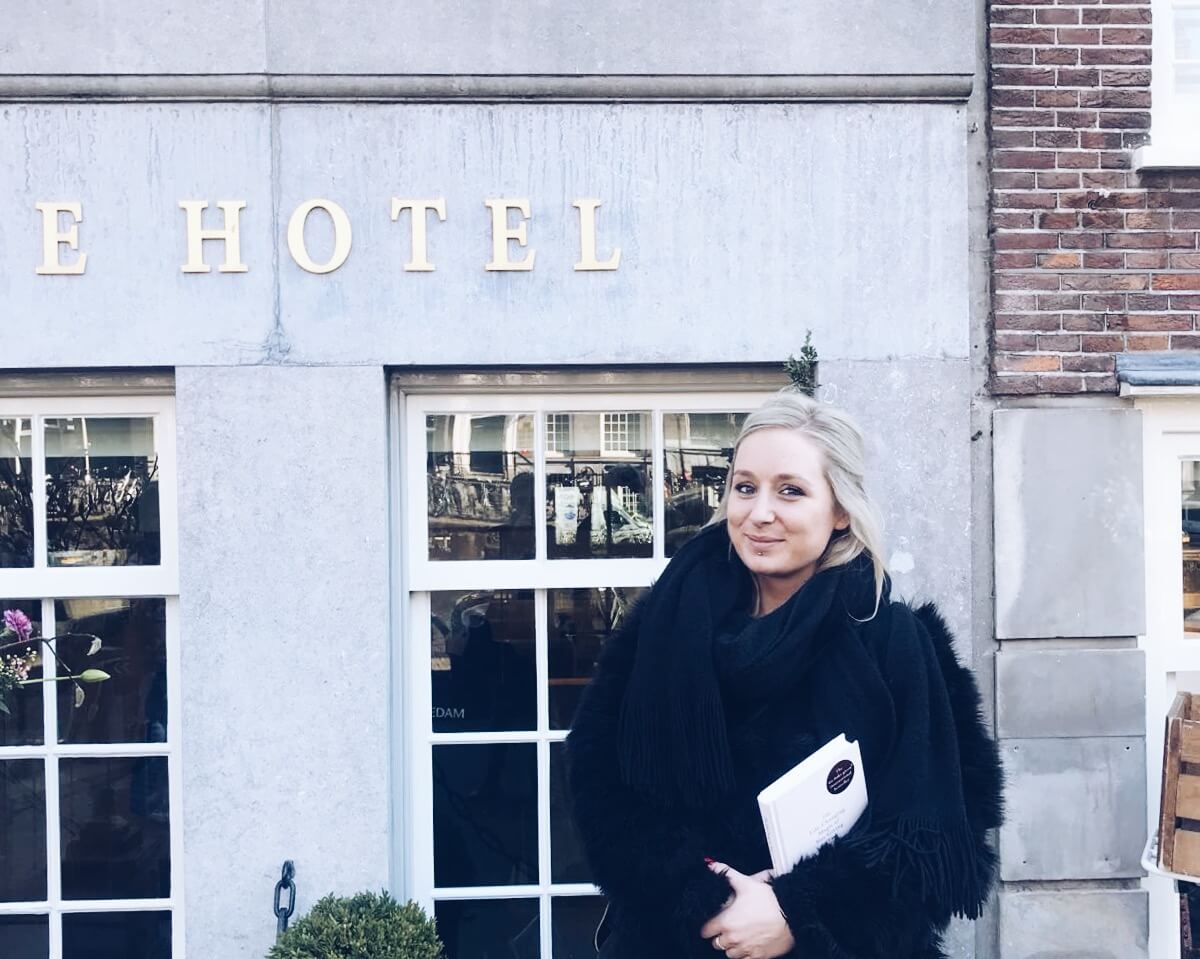