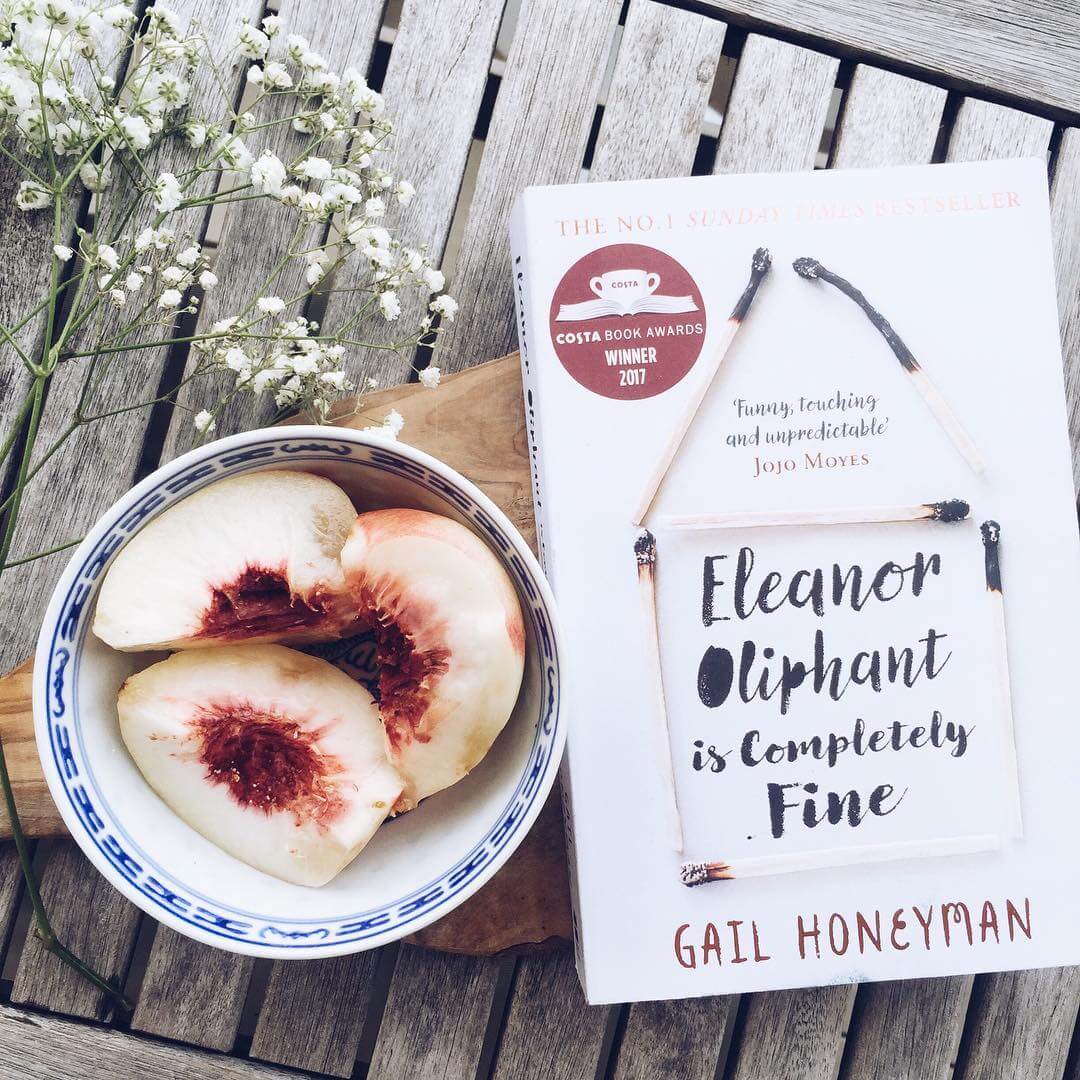 Eleanor Oliphant is Completely Fine has been on my radar for a while now, however, it was the Women’s Prize for Fiction longlist announcement that really brought it to the forefront of my attention. After noticing that this year’s longlist featured sixteen titles rather than its usual twenty, I toyed with the idea of reading my way through them prior to the shortlist announcement in April. Alas, while I’m no stranger to reading my way though lists of books, given that I had a house move and defacto application to contend with during that time, I decided against attempting the longlist in its entirety, instead waiting for the shortlist.

Prior to reading Eleanor Oliphant is Completely Fine, I didn’t know much about its plot or protagonist, choosing instead to read it with little or no knowledge of what to expect. And what a treat I was in for – a page turner from the very start, it’s the sort of book you want to clear your schedule for, so that you can read it in a single sitting, undisturbed by the outside world as you escape into the magical world of fiction.

Eleanor Oliphant is something of an anomaly; she is thirty years old and lives alone; has a scar on her face and is socially awkward. She’s been in the same job – the interview for which she turned up with a missing tooth and a black eye – for most of her adult life, yet never takes her allotted holiday allowance. A creature of habit, she eats the same Meal Deal every day, while perusing the pages of The Telegraph, speaks to her mother every Wednesday, and drinks two bottles of Glen’s Vodka on the weekend. It’s evident from the start that the protagonist has a troubled past that has influenced her idiosyncrasies e, but it’s only as the story progresses that we learn quite how harrowing her childhood really was.

The tale follows Eleanor as she forms an unlikely friendship with work colleague Raymond that broadens her horizons and gives her a glimpse of normality that she’s never previously been accustomed to.  She falls in love with a musician, moves away from her Meal Deal lunches, attempts to integrate herself with a society that sees her as a loner, and finally, finally, faces up to the scars of her past.

A wonderful book that I simply couldn’t put down, it’s the second from the Women’s Prize longlist that I’ve read, and will not only be a sure fire contender for the shortlist, but will no doubt gain Honeyman a legion of loyal fans who love the book as much as its unconventional central character.

With a quirky heroine, a melancholy yet uplifting tale, an exploration of loneliness and the long-lasting effect of human kindness, Eleanor Oliphant is Completely Fine is a charming and important book about self discovery and friendship, that will make us question our own behaviour, and the way in which we treat others.

About Gail Honeyman, author of Eleanor Oliphant is Completely Fine

Gail Honeyman wrote her debut novel, Eleanor Oliphant is Completely Fine, while working a full-time job, and it was shortlisted for the Lucy Cavendish Fiction Prize as a work in progress. She has also been awarded the Scottish Book Trust’s Next Chapter Award 2014, was longlisted for BBC Radio 4’s Opening Lines, and was shortlisted for the Bridport Prize. She lives in Glasgow.

About Eleanor Oliphant is Completely Fine

Meet Eleanor Oliphant: She struggles with appropriate social skills and tends to say exactly what she’s thinking. Nothing is missing in her carefully timetabled life of avoiding social interactions, where weekends are punctuated by frozen pizza, vodka, and phone chats with Mummy.

But everything changes when Eleanor meets Raymond, the bumbling and deeply unhygienic IT guy from her office. When she and Raymond together save Sammy, an elderly gentleman who has fallen on the sidewalk, the three become the kinds of friends who rescue one another from the lives of isolation they have each been living. And it is Raymond’s big heart that will ultimately help Eleanor find the way to repair her own profoundly damaged one.

Soon to be a major motion picture produced by Reese Witherspoon, Eleanor Oliphant Is Completely Fine is the smart, warm, and uplifting story of an out-of-the-ordinary heroine whose deadpan weirdness and unconscious wit make for an irresistible journey as she realizes. . .

The only way to survive is to open your heart.