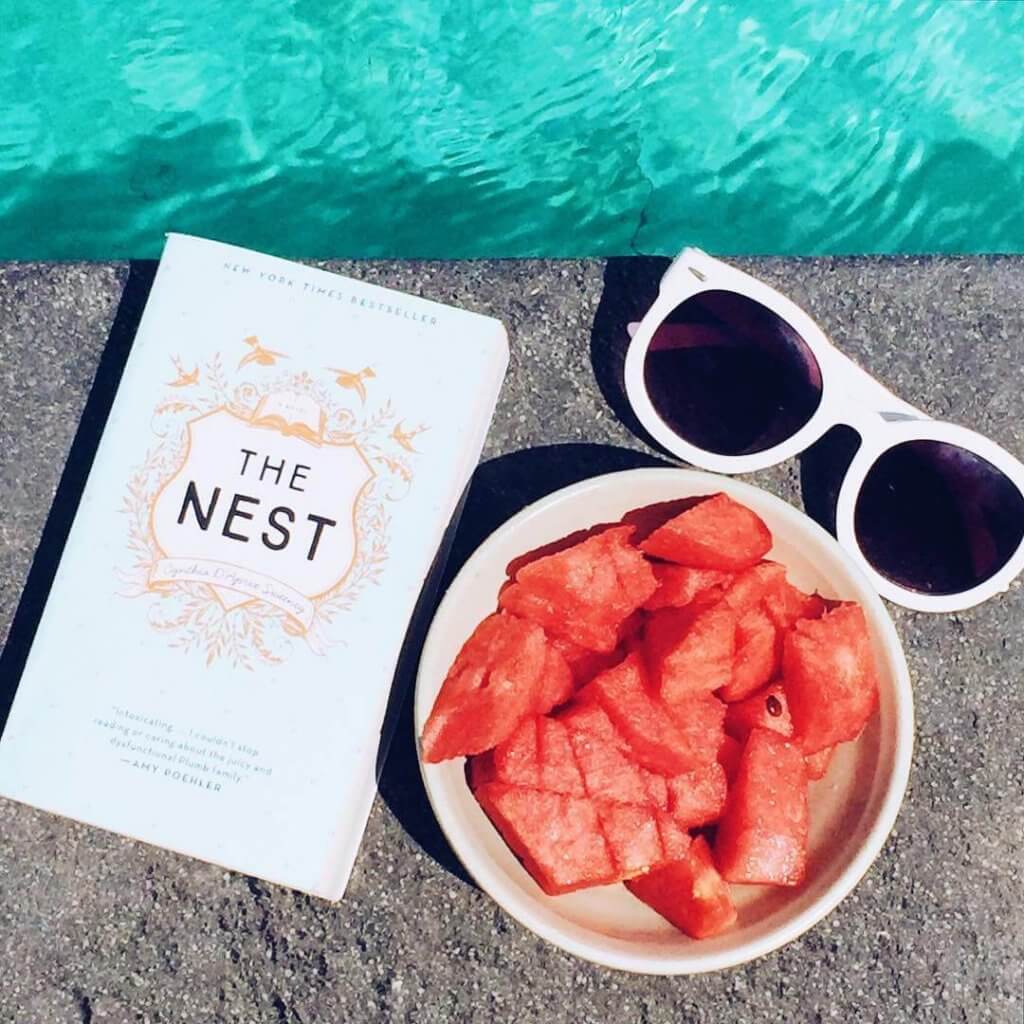 Thus far, the Balinese book-swaps I’ve come across have left much to be desired. Little – if any of the literary offering have been in English – and those that have been tend to consist of a few dog-eared copies of he infamous Fifty Shades of Grey series. And so, despite an offer from my housemate of access to his Kindle – and a rapidly depleting bank balance – I found myself perusing the shelves of Periplus into, one of Ubud’s two bookshops.

Unlike nearby Ganesha, a haven of books which sells an assortment of second hand tomes travel guides, pre-loved tales of spirituality and Balinese adventures, Periplus is a brightly lit shop that stocks brand new best-sellers, business books and a variety of English magazines. As I often do when faced with the dilemma of choosing a new book, I buy according to both its blurb and cover, and after half an hour of indecisiveness, I left with Cynthia D’Aprix Sweeney’s critically acclaimed The Nest.

A tale about the spectacularly dysfunctional Plumb Family, this New York saga is a riveting read from the very first page. Siblings Leo, Jack, Beatrice and Melody are all set to inherit a sizeable sum from the family trust fund – The Nest, until an indiscretion on Leo’s part leaves him in rehab – and the looming inheritance all but gone. And while Leo promises to do what he can to pay his siblings back, relationships fray and falter as the money the Plumbs had counted on to solve a number of self-inflicted problems disappears before their very eyes.

A brilliant debut that sparkles with wit and irony, The Nest is a great exploration of the intricacies of families and the consequences of relying on others for financial gains. Wonderfully written and with colourful cast of characters, The Nest will have its reader racing for the finale and no doubt win its author a legion of loyal fans.