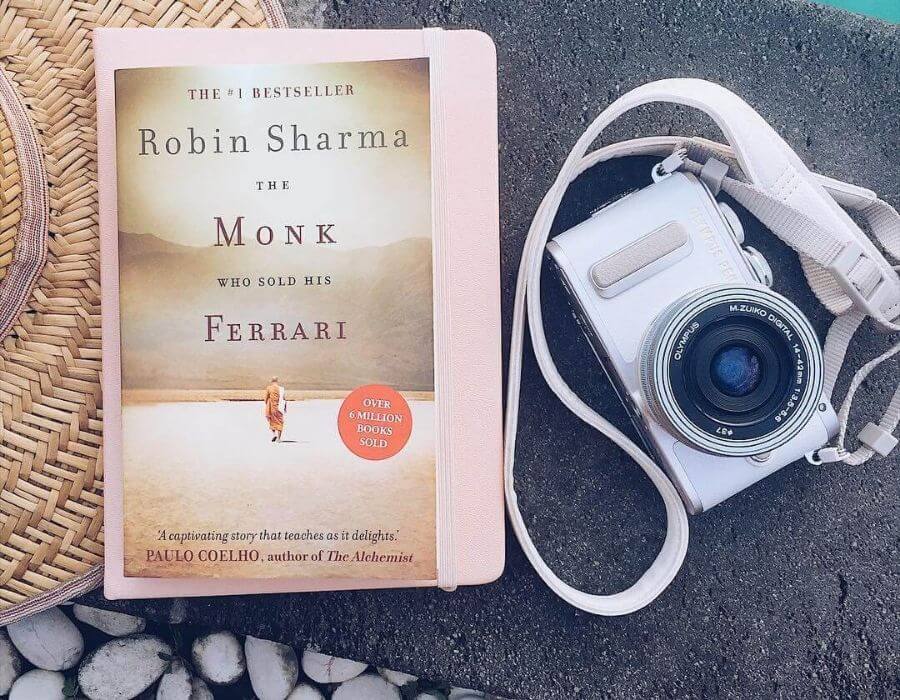 I don’t think there’s ever been an occasion during my entire reading history that I’ve ever read a book that I wish I’d read ten years prior. Sure, there have been many, many books that I have loved; that I have reread with glee; that I have bought – somewhat pointless – multiple copies of, just for the sake of it. But I don’t ever remember reading something and thinking to myself I wish I’d read this book years ago. That was until I read Robin Sharma’s The Monk Who Sold His Ferrari.

I was horribly broke and feeling rather sorry for myself when I flew to Singapore on a visa run to extend my stay in Bali. My boyfriend had sent me some money to cover the cost of my flights, and finding myself in the airport’s bookshop, I did what any self-respecting bookworm would do and spent much of the leftover money on books in an attempt to cheer myself up. I had initially planned to buy just one; but was unable to choose between an easy read, a Man Booker winner, and Robin Sharma’s best-selling book, and so I bought all three.

It’s something of a cliche, I suppose, to read a book that one would categorise under spiritual self-help when in Ubud, but throwing caution to the wind, I did just that. W

The Monk Who Sold His Ferrari Review

The kind of book that you want to both savour and speed through, The Monk Who Sold His Ferrari tells the story of high-flying lawyer, Julian Mantle, who, after suffering from a heart attack in the middle of court, goes on a spiritual quest through the Himalayas and returns to impart his new-found wisdom on colleague and friend John, the narrator of the book.

An inspiring tale that provides a step-by-step approach to living with greater courage, balance, abundance and joy, readers are made privy to the changes Julian made to his life, and the way in which they aided his quest for eternally happiness. Dotted with wonderful, age-old fables, practical advice and moving tales from Julian’s first hand experience, The Monk Who Sold His Ferrari is an astounding, profound and powerful read that’s as beautiful as it is inspirational.

Prior to today I had a list of eight books that I classed as my favourite; since reading this, there are nine and I just had to write a review of the book “The Monk Who Sold His Ferrari”.

The Monk Who Sold His Ferrari Summary

This inspiring tale provides a step-by-step approach to living with greater courage, balance, abundance, and joy. A wonderfully crafted fable, The Monk Who Sold His Ferrari tells the extraordinary story of Julian Mantle, a lawyer forced to confront the spiritual crisis of his out-of-balance life. On a life-changing odyssey to an ancient culture, he discovers powerful, wise, and practical lessons that teach us to:

Develop joyful thoughts, follow our life’s mission and calling, cultivate self-discipline and act courageously, value time as our most important commodity, nourish our relationships, and live fully, one day at a time.

Robin Sharma is one of the world’s premier thinkers on leadership, personal growth and life management. The bestselling author of The Monk Who Sold His Ferrari, Who Will Cry When You Die? and The Saint, the Surfer, and the CEO and four other books on self-transformation.

Robin Sharma is in constant demand internationally as keynote speaker at the conferences of many of the most powerful companies on the planet including Microsoft, Nortel Networks, General Motors, FedEx and IBM. He is a resident of Ontario, Canada.