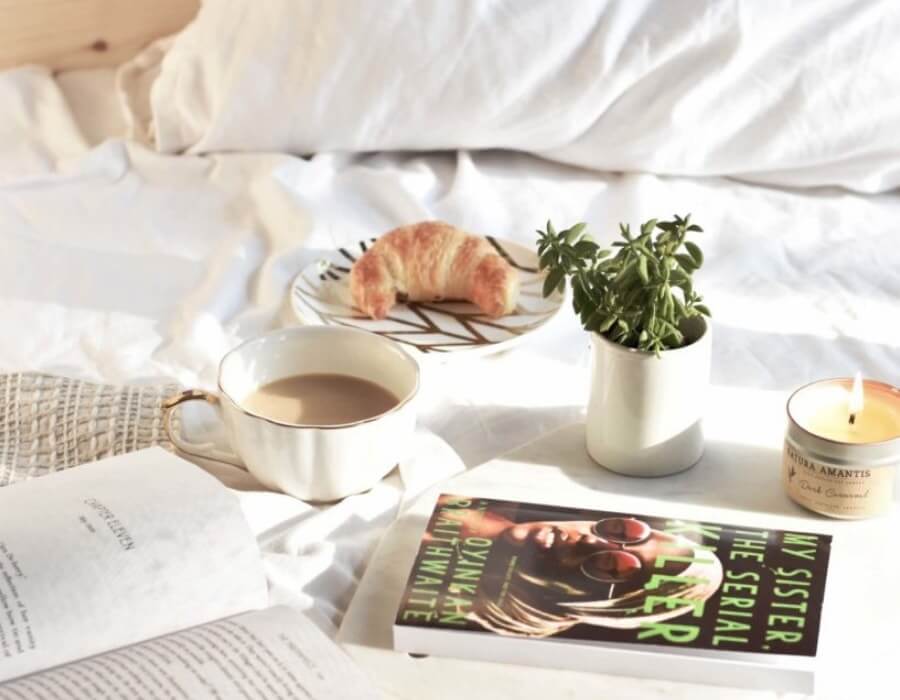 When the Women’s Prize for Fiction announced their shortlist at the end of April, I’d read just three of the six-strong selection as chosen by the 2019 judging panel. Having adored An American Marriage, Ordinary People and Circe, I was keen to get stuck into the remaining titles that made up the shortlist. And so, shortly after the announcement was made, and intrigued by its somewhat provocative title, I swiftly started My Sister, the Serial Killer by Oyinkan Braithwaite.

Hooked from the second I started, My Sister, the Serial Killer is sharp, witty and a near-perfect noir, rife with tension, a unique and unusual plot, crisp and evocative prose and multi-layered characters. The story is set in Lagos, and the narrator is Korede, a tall, angular hospital nurse, and elder sister to Ayoola, a carefree wild child, who makes up with her looks what she lacks in her morals. Their mother is a significant character – though is frequently kept in the background –  while their late father – a domestic tyrant of the very worst kind – continues to loom large a decade after his death.

Set between the large family home in Lagos and the hospital at which Korede works, and – as inferred by the very title of the book – the story opens with Ayoola’s admission that she has killed her latest love interest, who looks to her sister for help. What follows is a pacy and plot driven tale which is underpinned with Nigerian culture, familial complexities and sibling rivalry.

Rich with dry, sardonic humour, charm and sagacity, My Sister, the Serial Killer is an entertaining and though-provoking book, that will leave its readers wondering whether blood really is thicker than water. A worthy contender for this year’s Women’s Prize for Fiction, My Sister, the Serial Killer will no doubt amass this brilliant debut author a legion of loyal followers, who will eagerly await her next literary offering.

About My Sister the Serial Killer

My Sister, the Serial Killer is a blackly comic novel about how blood is thicker – and more difficult to get out of the carpet – than water…

When Korede’s dinner is interrupted one night by a distress call from her sister, Ayoola, she knows what’s expected of her: bleach, rubber gloves, nerves of steel and a strong stomach. This’ll be the third boyfriend Ayoola’s dispatched in, quote, self-defence and the third mess that her lethal little sibling has left Korede to clear away. She should probably go to the police for the good of the menfolk of Nigeria, but she loves her sister and, as they say, family always comes first. Until, that is, Ayoola starts dating the doctor where Korede works as a nurse. Korede’s long been in love with him, and isn’t prepared to see him wind up with a knife in his back: but to save one would mean sacrificing the other…

Oyinkan Braithwaite is a graduate of Creative Writing and Law from Kingston University. Following her degree, she worked as an assistant editor at Kachifo, a Nigerian publishing house, and has been freelancing as a writer and editor since. In 2014, she was shortlisted as a top-ten spoken-word artist in the Eko Poetry Slam, and in 2016 she was a finalist for the Commonwealth Short Story Prize. She lives in Lagos, Nigeria.

Image © Out of the Bex

2 comments on “Review: My Sister the Serial Killer – Oyinkan Braithwaite”