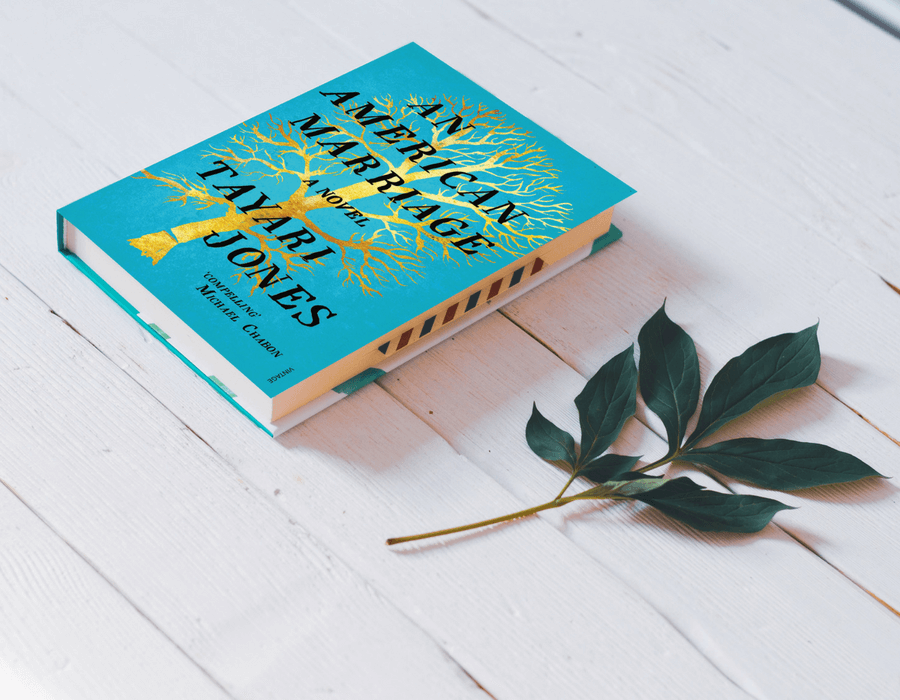 If you’re looking for a spell-binding and thought-provoking book that will make you question birthright and privilege, read on for my An American Marriage review.

I read An American Marriage by Tayari Jones in a single sitting. Having been lauded by the likes of both Oprah and Barack Obama, it had been on my radar for a while and so, when on a recent visit to my local bookshop, Gertrude & Alice, I saw that they had a copy in stock, I happily added it to my ever growing pile of books and later devoured it one windy afternoon in Rose Bay.

As a reader who is both female and white, I am no doubt unaware of a great deal of the racism and injustice suffered at the hands of black people, particularly men, in America, and, given my privilege, would hate to try and comment too extensively on a subject that I’ve only ever been privy to from afar. Suffice it to say the problem is a horrific and ongoing one, and it is beautifully explored within the pages of Tayari Jones’ An American Marriage. Powerful, poignant, subtle and sad, An American Marriage is an unputdownable tale that is about both the criminal justice system in America, and the personal, long-term consequences of its widespread oppression.

While being a black American is a prominent pillar of the novel, it is not so much its focus, but more so the stage on which this tale of love and loyalty is set. Rather than using her novel to explore the bias and discrimination the characters face, Jones uses the incarceration of central character Roy as a way in which to look at the consequences of injustice, and how it can bring about the break down of relationships; both familial and romantic.  With an entirely non-white cast and chapters narrated by different characters, the book’s pacy plot makes it gripping until the very final page.

The story opens with recently married Celestial and Roy who happen to be in the wrong place at the wrong time, and become victims of an ill twist of fate when Roy is accused, charged and sentenced to twelve years for the rape of a woman he didn’t commit. What follows is a prison sentence – a literal one for Roy; a metaphorical one for Celeste – that slowly picks apart at the seams of their marriage, and asks its readers to consider whether there ever comes a point in a marriage or relationship where loyalty can no longer be expected.

I defy anyone to read this thought-provoking tale and remain unaffected by the widespread nature of racial injustice that is both explored within the story’s pages and sadly still so prevalent in today’s society. A haunting read with beautiful prose and rich characterisation that fosters empathy in its reader we would all do well to read more books like this.

Newlyweds Celestial and Roy are the embodiment of both the American Dream and the New South. He is a young executive, and she is an artist on the brink of an exciting career. But as they settle into the routine of their life together, they are ripped apart by circumstances neither could have imagined. Roy is arrested and sentenced to twelve years for a crime Celestial knows he didn’t commit. Though fiercely independent, Celestial finds herself bereft and unmoored, taking comfort in Andre, her childhood friend, and best man at their wedding. As Roy’s time in prison passes, she is unable to hold on to the love that has been her center. After five years, Roy’s conviction is suddenly overturned, and he returns to Atlanta ready to resume their life together.

Tayari Jones is the author of the novels Leaving Atlanta, The Untelling, Silver Sparrow, and An American Marriage (Algonquin Books, February 2018). Her writing has appeared in Tin House, The Believer, The New York Times, and Callaloo. A member of the Fellowship of Southern Writers, she has also been a recipient of the Hurston/Wright Legacy Award, Lifetime Achievement Award in Fine Arts from the Congressional Black Caucus Foundation, United States Artist Fellowship, NEA Fellowship and Radcliffe Institute Bunting Fellowship. Silver Sparrow was named a #1 Indie Next Pick by booksellers in 2011, and the NEA added it to its Big Read Library of classics in 2016. Jones is a graduate of Spelman College, University of Iowa, and Arizona State University. She is currently an Associate Professor in the MFA program at Rutgers-Newark University.