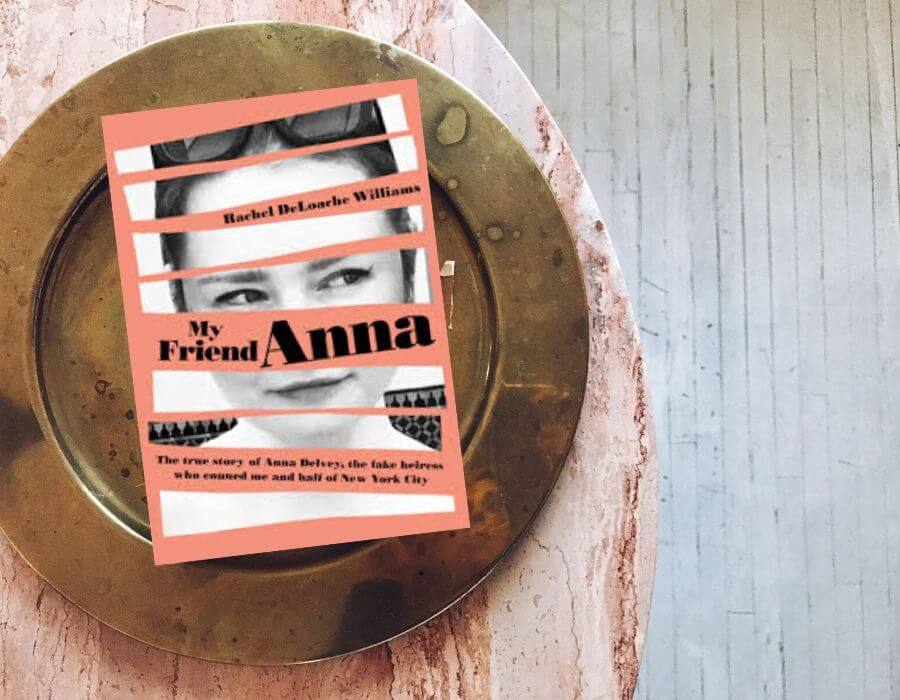 My Friend Anna by Rachel DeLoache Williams was one of those books I knew I was going to love before I even started reading it. While I’d not read the viral Vanity Fair article that Williams had penned on Anna Delvey, I’d skimmed a couple of online news pieces that offered readers an overview of the trial against the faux German heiress which caused an uproar in New York society circles.

An engrossing read that fuses mystery, manipulation and intrigue with a pacy plot, My Friend Anna is an addictive account of what it feels like to be conned by someone you believe to be a friend and the sort of book you’ll read in a single sitting.

Narrated by former Vanity Fair photography editor, Rachel DeLoache Williams, My Friend Anna tells the story of glamorous con artist Anna Delvey, a Russian-born fraudster posing as a German heiress, who swiftly sweeps Williams into an alluring world of expensive dinners, hip hotels and overpriced personal training sessions. And while the bond between Delvey and Williams blossomed in the snazzy joints of Manhattan, it’s while on an all-expenses paid trip to Morocco that their friendship begins to falter at the seams. Because while Delvey had offered to foot the bill for the trip, both the arrangements — and the costs — somehow kept falling to Williams, who went on piling up credit card charges, secure in her friend’s promise to promptly repay her. Subsequently, by the time the holiday in Morocco was nearing its end, Williams found herself with $70,000 of expenses – which included the bill for a $7,500-a-night private riad that came with a personal butler – on both her private and work credit card, a sum which quickly turned the Knoxville native’s world upside down.

The trip is followed by many attempts from Williams to recover the money, which grew more and more frantic in their nature, as Delvey became more and more evasive, and readers witness both William’s mounting panic and fear as she reaches the brink of financial devastation. Her stomach-churning anxiety as she struggles to stay financial afloat is tangible, and. the inclusion of the increasingly desperate text conversations between her and her deceiver increase the tension, too. And as Williams turns to investigators when it becomes apparent she won’t see the money again, it becomes impossible to put the book down.

A page-turning and fascinating first look at the alluring tangle of friendship, influence and control, My Friend Anna is a spell-binding account of how one ordinary girl was lured into the intricate web of a fraudster, fantastically fleeced and then left for monetary ruin.

About My Friend Anna

Sex and the City meets Catch Me if You Can in the astonishing true story of Anna Delvey, a young con artist posing as a German heiress in New York City—as told by the former Vanity Fair photo editor who got seduced by her friendship and then scammed out of more than $62,000.

Rachel DeLoache Williams was born and raised in Knoxville, Tennessee, and is a graduate of Kenyon College. In 2010, she moved to New York City and landed her dream job in the photo department of Vanity Fair magazine, where she helped produce photo shoots, and worked with the magazine’s leading photographers and iconic subjects.

My Friend Anna, a memoir of her friendship and experiences with Anna Delvey, is her first book.

You can read Rachel DeLoache Williams’ article on her misadventure with the magician of Manhattan here.

Elle’s write up of My Friend Anna is great; as is this NY Times review.