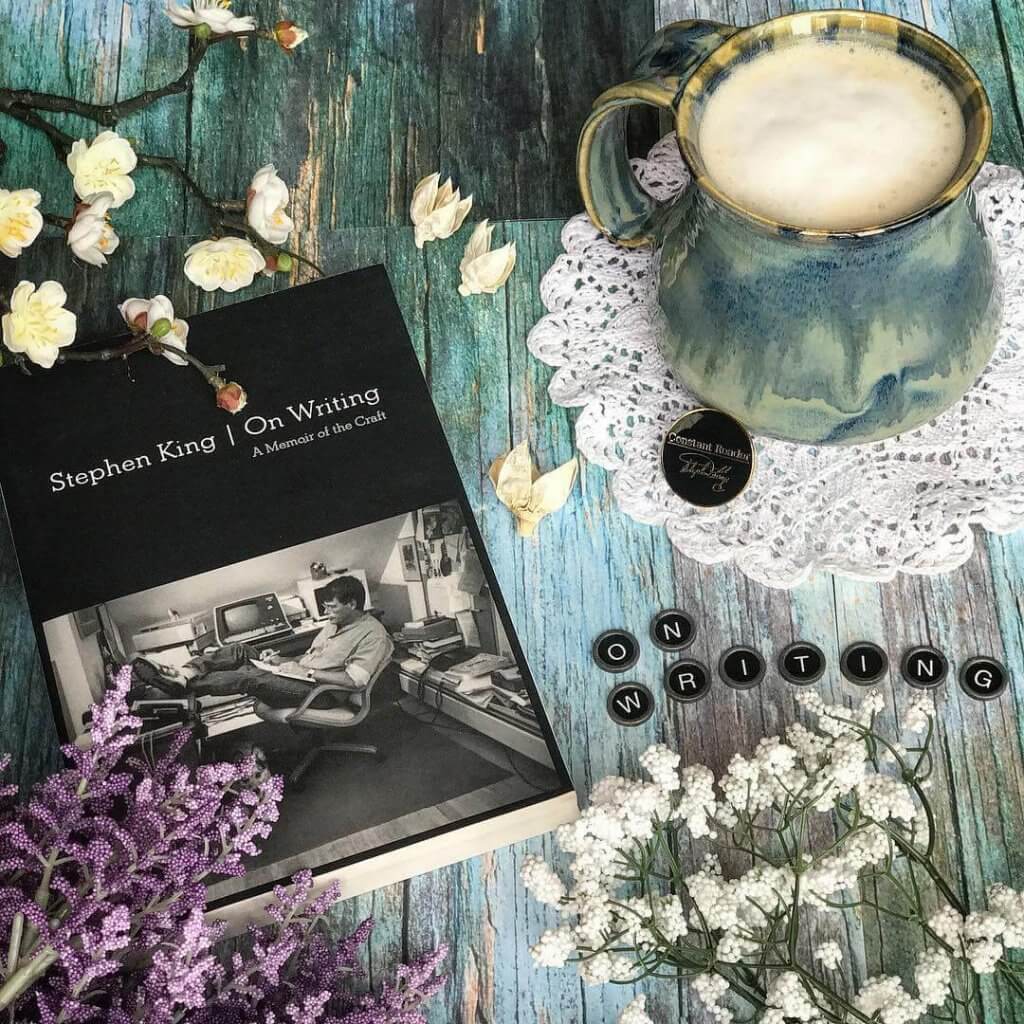 As both an aspiring writer and an avid reader, I face constant battle over whether to dedicate the little spare time that I have to either reading or writing. That much of the past few months were spent training for the London Marathon has left precious little time for me to indulge in two of my favourite hobbies and consequently the writing of my own novel has, once more, been put on the back burner.

In a bid to get back on track with my own writing I borrowed On Writing by Stephen King – a book that has been praised by Caitlin Moran and recommended by a number of writers – both aspiring and published. Part memoir, part manual,  On Writing looks back on King’s experiences as a writer – both good and bad – as he attempts to advise his readers ways in which they can hone and perfect their own writing ability.

I’ve never read any of King’s novels, but On Writing certainly made for a compelling read – the memories of his early years offered a wonderful insight into what made one of the world’s most successful authors. He is honest without being patronising and creates a ‘writer’s toolkit’ for his readers – one that comprises of a reading list, writing assignments, and basic advice on plot, characterisation, the basic building block of the paragraph and literary models.

It’s easy to see why On Writing is often hailed as a bible for budding writers and it has certainly given me some food for thought on ways in which I can improve my own.

Part memoir, part master class by one of the bestselling authors of all time, this superb volume is a revealing and practical view of the writer’s craft, comprising the basic tools of the trade every writer must have. King’s advice is grounded in his vivid memories from childhood through his emergence as a writer, from his struggling early career to his widely reported near-fatal accident in 1999 — and how the inextricable link between writing and living spurred his recovery. Brilliantly structured, friendly and inspiring, On Writing will empower and entertain everyone who reads it — fans, writers, and anyone who loves a great story well told.

Stephen King is the author of more than fifty books, all of them worldwide bestsellers. His first crime thriller featuring Bill Hodges, Mr Mercedes, won the Edgar Award for best novel and was shortlisted for the CWA Gold Dagger Award. BothMr Mercedes and End of Watch received the Goodreads Choice Award for the Best Mystery and Thriller of 2014 and 2016 respectively.

King co-wrote the bestselling novel Sleeping Beauties with his son Owen King, and many of King’s books have been turned into celebrated films and television series including The Shawshank Redemption, Gerald’s Game and It.