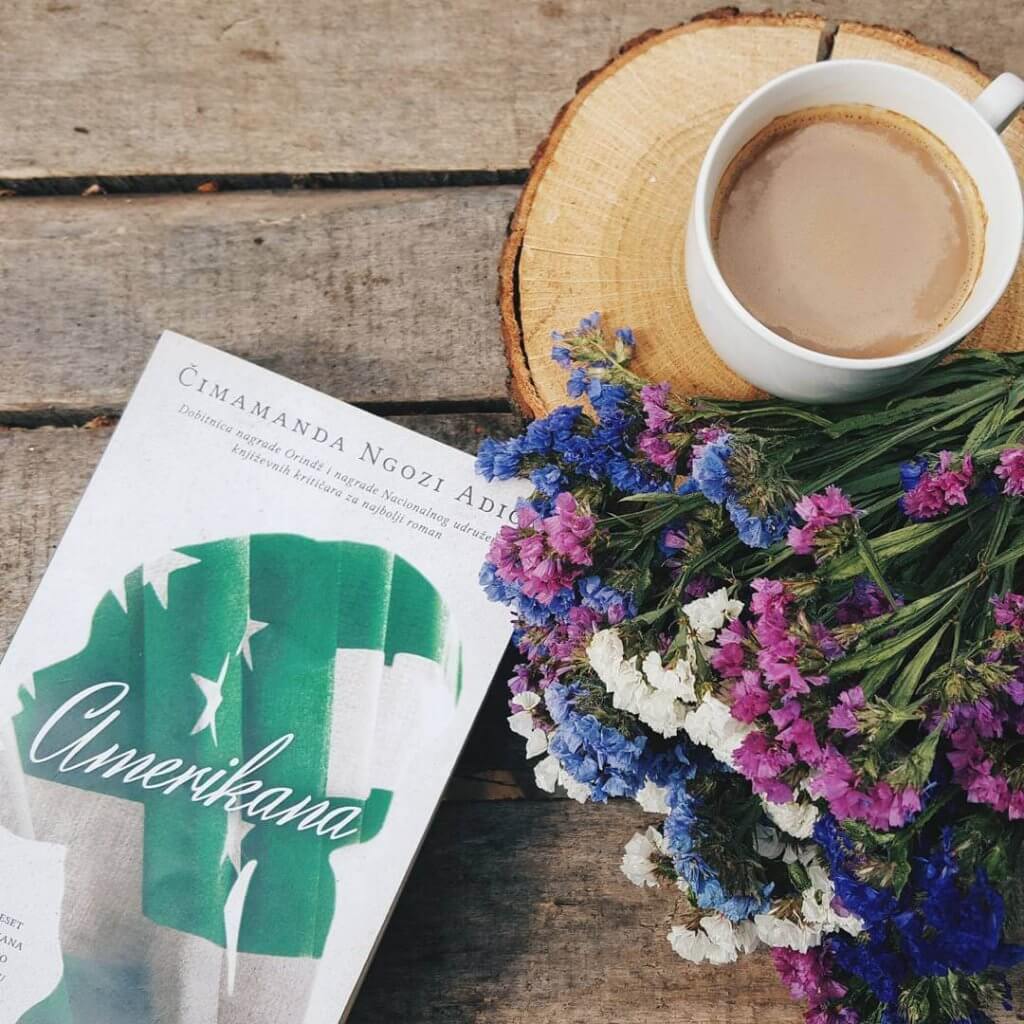 I first came across Nigerian novelist Chimamanda Ngozi Adichie over a decade ago when I read her debut novel Purple Hibiscus. I soon went on to read the heart-breaking Half of a Yellow Sun a couple of years later. Adichie is a powerful, informative writer and when writing my dissertation on black women writers i reread both of these books in quick succession.

Thus it was a rather long eight years before Americanah was published, however, as is often the case, the wait was certainly worth it. Unlike both Purple Hibiscus and Half of a Yellow Sun – which were set in post-colonial Nigeria and during the Nigerian-Biafran war respectively, Americanah’s opening scene is a summer’s day in Princeton.

The central character of the tale is Ifemelu, and the story intersperses between her childhood and adolescence that was spent in Nigeria – much of it with her childhood sweetheart Obinze – and her time in America where she spent several years as an ex-pat studying, working and falling in love, before returning to her home town.

As teenagers, Ifemelu and Obinze were inseparable – and when Ifemelu moves to America to study, Obinze vows to follow her. However, fate is not kind to Obinze and Americanah highlights a stark contrast between the haves and the have-nots as the story follows them both as they embark upon their new lives overseas.

Americanah is a beautifully written book. from an author who has brought something fresh to African fiction. For me, the most fascinating aspect of the novel was the political observation of race in America. From relaxing afro hair, to hostility against interracial relationships, to the huge impact Obama’s election had on black people across not only the US but the world at large, Americanah gives its readers an insight into a world where racial prejudice is still at large.

The perfect combination of poetic prose and politics with a love story at its core, Americanah is a truly brilliant book and has reinvigorated my love for African literature.

As teenagers in Lagos, Ifemelu and Obinze fall in love. Their Nigeria is under military dictatorship, and people are fleeing the country if they can. The self-assured Ifemelu departs for America. There she suffers defeats and triumphs, finds and loses relationships, all the while feeling the weight of something she never thought of back home: race. Obinze had hoped to join her, but post-9/11 America will not let him in, and he plunges into a dangerous, undocumented life in London.

Thirteen years later, Obinze is a wealthy man in a newly democratic Nigeria, while Ifemelu has achieved success as a blogger. But after so long apart and so many changes, will they find the courage to meet again, face to face?

Her work has been translated into over thirty languages and has appeared in various publications, including The New Yorker, Granta, The O. Henry Prize Stories, the Financial Times, and Zoetrope. She is the author of the novels Purple Hibiscus, which won the Commonwealth Writers’ Prize and the Hurston/Wright Legacy Award; Half of a Yellow Sun, which won the Orange Prize and was a National Book Critics Circle Award Finalist and a New York Times Notable Book; and Americanah, which won the National Book Critics Circle Award and was named one of The New York Times Top Ten Best Books of 2013. Ms. Adichie is also the author of the story collection The Thing Around Your Neck.