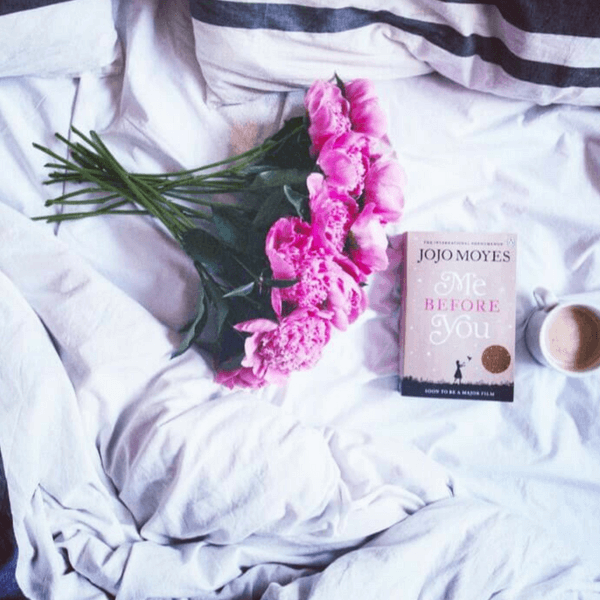 After hearing Jojo Moyes read an extract from Me Before You at the World Book Night event I recently attended at the Southbank, I was keen to read the ninth novel from former journalist Moyes, who has twice won the Romantic Novel of the Year Award.

That it was chosen as one of twenty books to be given away as part of World Book Night 2013 is accolade enough of its merits, with further proof on the World Book Night website which describes the novel as thus: “An incredibly unexpected story of what happens when life goes wrong… Bittersweet, beautiful, truly heartbreaking but ultimately full of joy and life.”

And so I began. Me Before You tells the story of twenty-seven year old Lou Clark who, following being made redundant from her job in a cafe, accepts a post as carer for local quadriplegic man, Will Traynor, whose world was turned upside down following a motorbike accident two years previously. Already struggling with the temperament of her new boss, Lou overhears Will’s family discussing his recent suicide attempt and consequently hands in her notice. A visit from Will’s mum, however, causes her to reconsider and she agrees to continue working for the Traynor family under one condition:that she can spend the next six months convincing Will that he has a reason to live.

What follows is a tale that fuses both joy and despair in what is, ultimately, a love story of the best kind. As the relationship between Lou and Will develops into one beyond their professional boundaries, it soon becomes apparent that they have a lot to learn from each other. Will teaches Lou to follow her dreams, while Lou does her utmost to make Will see that he has a reason for living, beyond the restraints of his chair.

A beautiful, heartbreaking novel that touches upon the taboo of euthanasia and makes the reader question their own moral standing on one’s right to die, it’s easy to see why Me Before You was championed as a book to encourage the nation to read.

About Me Before You

Louisa Clark is an ordinary young woman living an exceedingly ordinary life—steady boyfriend, close family—who has never been farther afield than their tiny village. She takes a badly needed job working for ex-Master of the Universe Will Traynor, who is wheelchair-bound after an accident. Will has always lived a huge life—big deals, extreme sports, worldwide travel—and now he’s pretty sure he cannot live the way he is.

Will is acerbic, moody, bossy—but Lou refuses to treat him with kid gloves, and soon his happiness means more to her than she expected. When she learns that Will has shocking plans of his own, she sets out to show him that life is still worth living.

A love story for this generation, Me Before You brings to life two people who couldn’t have less in common—a heartbreakingly romantic novel that asks, What do you do when making the person you love happy also means breaking your own heart?

Jojo Moyes is a British novelist.

Moyes studied at Royal Holloway, University of London. She won a bursary financed by The Independent newspaper to study journalism at City University and subsequently worked for The Independent for 10 years. In 2001 she became a full time novelist.

She is married to journalist Charles Arthur and has three children.

3 comments on “Review: Me Before You – Jojo Moyes”