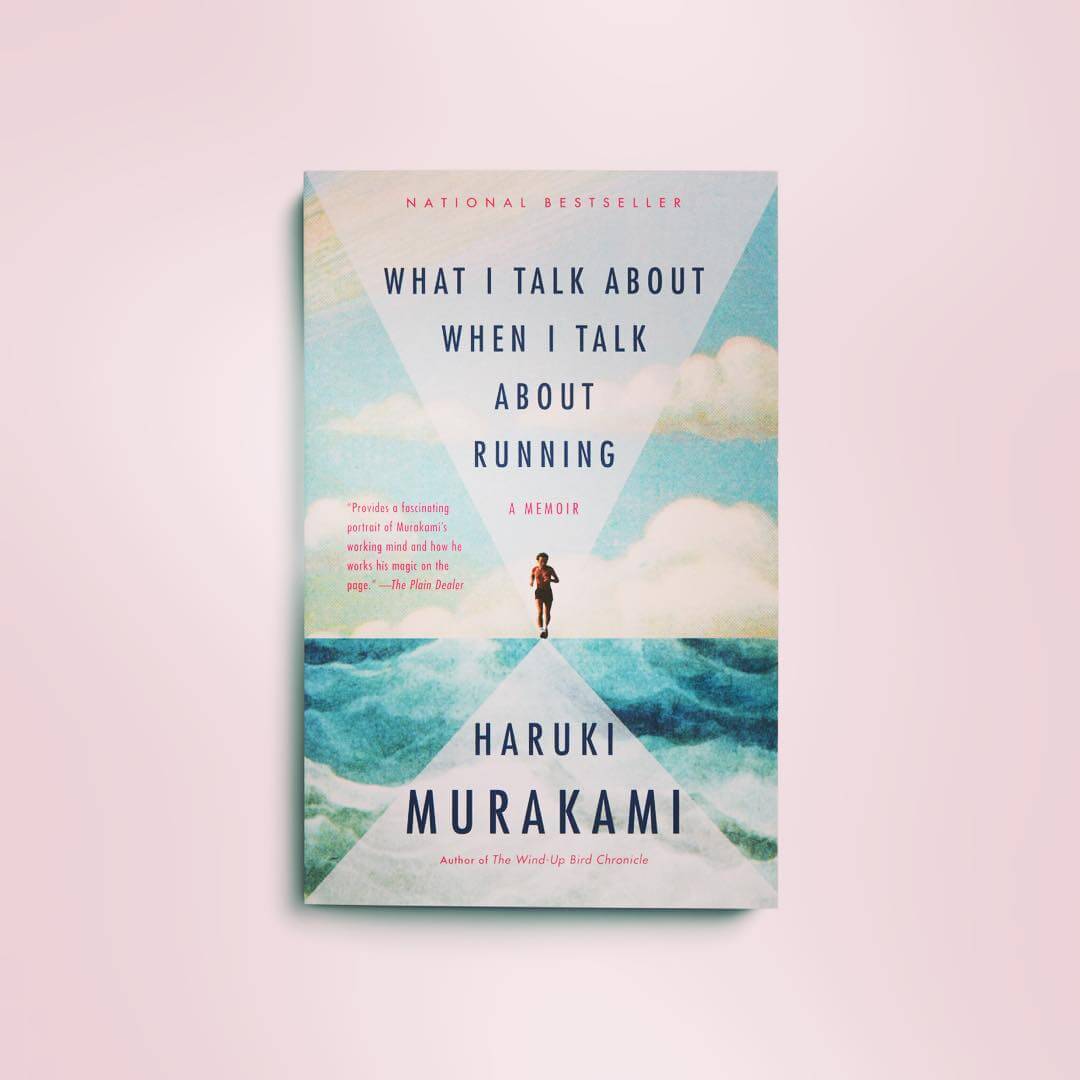 I’ve been recommended Haruki Murakami, and more specifically one of his most famous books – Norweigan Wood – by a number of people. Yet like many books I’ve been told to read it has remained on my ever growing unread pile of books. However, for our work surprise summer party, my rather lovely boss hired a house in the Cotswolds overlooking a lake where I came across another of his books – What I Talk About When I Talk About Running – and so over the next two sun drenched days I finally read one of his books.

As something of a runner myself – I’m due to run my second half marathon in October in aid of MIND – the topic of the book was one that really appealed to me. Essentially a memoir,  What I Talk About When I Talk About Running documents Murakami’s relationship with running, talks in detail about his various training regimes and reminisces some of his most memorable runs. Murakami took up running in 1982 – the same year he became a writer – as a way to both keep fit and aid his writing. In the twenty-five years that followed he tacked over twenty-five marathons, an ultra-marathon spanning 100km and a number of triathlons and he talks candidly about the many challenges he faced when training for such feats.

He also observes the joys that running has bought him – and most poignant for me was the run he spoke of with fellow novelist John Irving – author of one of my absolute favourite books – A Prayer for Owen Meany.

Regardless of whether you run, What I Talk About When I Talk About Running is a thought-provoking read that is as entertaining as it is informative and has not only affirmed my love for running, but has also whetted my appetite for more of Murakami’s writing.

In 1982, having sold his jazz bar to devote himself to writing, Murakami began running to keep fit. A year later, he’d completed a solo course from Athens to Marathon, and now, after dozens of such races, not to mention triathlons and a dozen critically acclaimed books, he reflects upon the influence the sport has had on his life and–even more important–on his writing. Equal parts training log, travelogue, and reminiscence, this revealing memoir covers his four-month preparation for the 2005 New York City Marathon and takes us to places ranging from Tokyo’s Jingu Gaien gardens, where he once shared the course with an Olympian, to the Charles River in Boston among young women who outpace him.

Through this marvelous lens of sport emerges a panorama of memories and insights: the eureka moment when he decided to become a writer, his greatest triumphs and disappointments, his passion for vintage LPs, and the experience, after fifty, of seeing his race times improve and then fall back. By turns funny and sobering, playful and philosophical, What I Talk About When I Talk About Running is rich and revelatory, both for fans of this masterful yet guardedly private writer and for the exploding population of athletes who find similar satisfaction in distance running.

Since childhood, Murakami has been heavily influenced by Western culture, particularly Western music and literature. He grew up reading a range of works by American writers, such as Kurt Vonnegut and Richard Brautigan, and he is often distinguished from other Japanese writers by his Western influences.

Murakami studied drama at Waseda University in Tokyo, where he met his wife, Yoko. His first job was at a record store, which is where one of his main characters, Toru Watanabe in Norwegian Wood, works. Shortly before finishing his studies, Murakami opened the coffeehouse ‘Peter Cat’which was a jazz bar in the evening in Kokubunji, Tokyo with his wife.

Many of his novels have themes and titles that invoke classical music, such as the three books making up The Wind-Up Bird Chronicle: The Thieving Magpie (after Rossini’s opera), Bird as Prophet (after a piano piece by Robert Schumann usually known in English as The Prophet Bird), and The Bird-Catcher (a character in Mozart’s opera The Magic Flute). Some of his novels take their titles from songs: Dance, Dance, Dance(after The Dells’ song, although it is widely thought it was titled after the Beach Boys tune), Norwegian Wood (after The Beatles’ song) and South of the Border, West of the Sun (the first part being the title of a song by Nat King Cole).