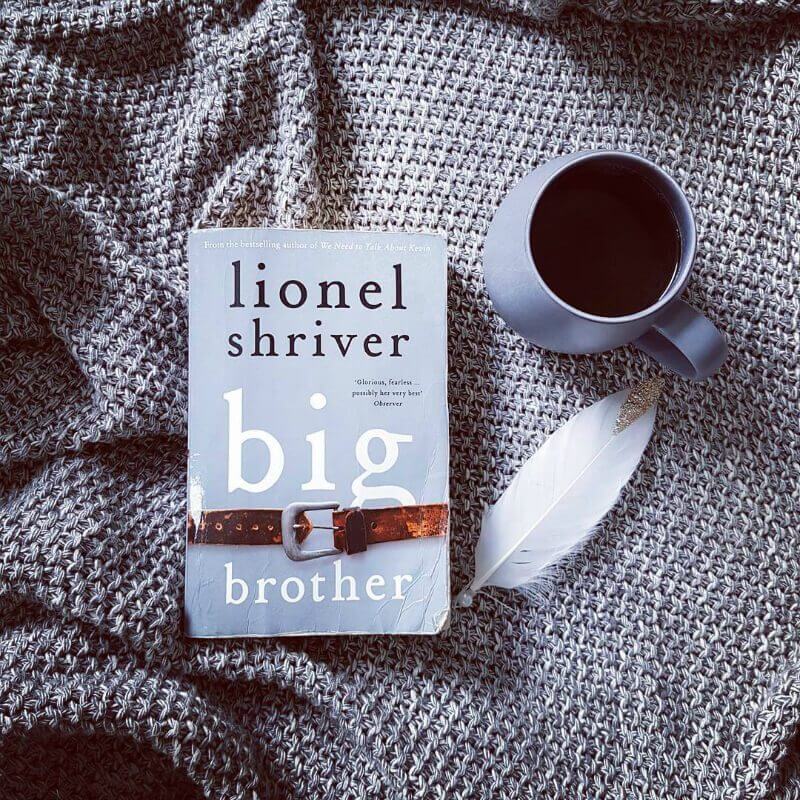 Since the publication of Lionel Shriver’s We Need to talk About Kevin in 2003, which won the 2005 Orange Prize for Fiction, a legion of fans have been eagerly awaiting another novel from Shriver as provocative and compelling as its predecessor.

Big Brother, Shriver’s twelfth novel, is set in Iowa and tells the story of Pandora and her morbidly obese brother Edison. Married to fitness freak Fletcher and step-mother to his two children – fourteen year old Cody and sixteen year old Tanner, Pandora receives a call from Edison, who has fallen on hard times financially, and, much to the chargrin of Fletcher agrees to put him up for a couple of months.

Unbeknown to Pandora, however, in the two years that has passed since she last saw her older brother, he has gained over 200lbs and is dangerously obese. Consequently the following two months put a huge strain on the family dynamic and while Pandora desperately wants to stop her brother from eating himself into an early grave, her husband makes it clear that she’ll be risking their marriage if she allows him to stay any longer than the agreed two months.

A captivating book that examines both familial relationships and essentially what has become a western obsession with both hunger and food, Big Brother is an enthralling read. Inspired by the death of Shriver’s brother Greg who died of an obesity related illness in 2009, this touching tale will certainly make you question your own relationship with food. Proving her natural skill at story-telling and the ability to write both captivating and thought-provoking literature, Big Brother is sure to take the literary world by storm, much like We Need to Talk About Kevin did.

For Pandora, cooking is a form of love. Alas, her husband, Fletcher, a self-employed high-end cabinetmaker, now spurns the “toxic” dishes that he’d savored through their courtship, and devotes hours each day to manic cycling. Then, when Pandora picks up her older brother Edison at the airport, she doesn’t recognize him. In the years since they’ve seen one another, the once slim, hip New York jazz pianist has gained hundreds of pounds. What happened? After Edison has more than overstayed his welcome, Fletcher delivers his wife an ultimatum: It’s him or me.

Rich with Shriver’s distinctive wit and ferocious energy, Big Brother is about fat: an issue both social and excruciatingly personal. It asks just how much sacrifice we’ll make to save single members of our families, and whether it’s ever possible to save loved ones from themselves.

Lionel Shriver’s novels include the New York Times bestseller The Post-Birthday World and the international bestseller We Need to Talk About Kevin, which won the 2005 Orange Prize and has now sold over a million copies worldwide. Earlier books include Double Fault, A Perfectly Good Family, and Checker and the Derailleurs. Her novels have been translated into twenty-five languages. Her journalism has appeared in the Guardian, the New York Times, the Wall Street Journal, and many other publications. She lives in London and Brooklyn, New York.