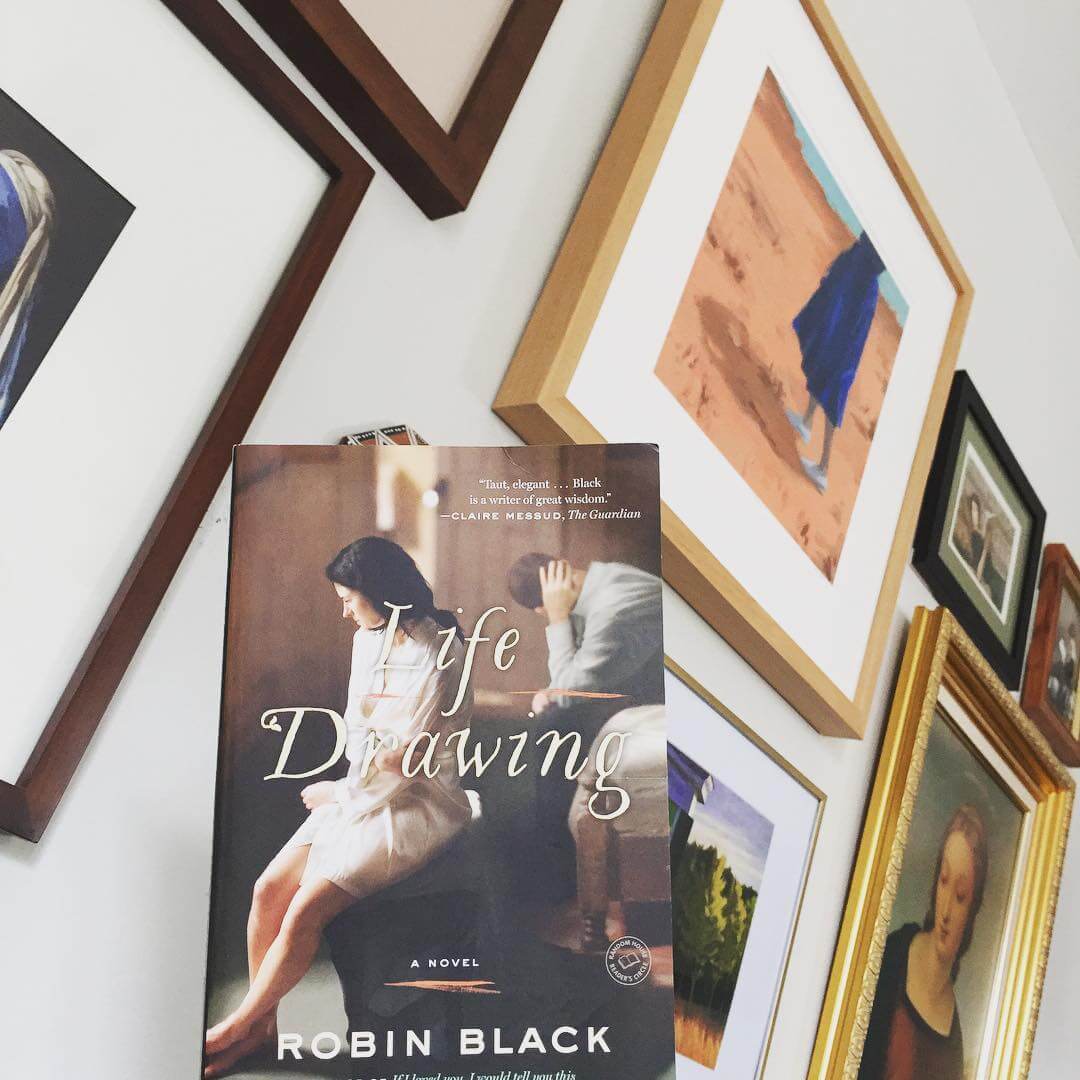 Similar to writer’s block, there are times when, as a reader, I seem to hit a wall. This happened recently; I half-heartedly began a number of books but, unable to feign interest, discarded them within a few days. And for someone whose favourite past-time is reading, it can be hugely frustrating.

Luckily, I was to come across a rather special book that would not only coax me out of my reading slump, but that would restore my love of words and of books.

Robin Black’s debut novel, Life Drawing, is the story of Augustus and Owen who move to the country to leave behind the demons of city life. They buy a barn with the inheritance from an aunt of Owen’s and envisage themselves devoting their lives to each other and their art – Gus as a painter, Owen as a writer.

Life is quiet and uneventful until Alison Hemmings, a recently divorced mother of one moves into the neighbouring barn, which has remained desolate, until now. A bond between the two women forms and they soon become each other’s closest confidant; unearthing past secrets that are long since buried.

The arrival of Alison’s teenage daughter Nora – both pious and passionate – changes the dynamic of the three neighbours and causes a sequence of events to unfold that lead to the novel’s climatic ending.

Masterfully written with exquisite prose, Life Drawing is compelling to its very last page. Black creates a world of both love and sorrow that is so full of suspense it’s almost tangible. So beautiful was Life Drawing that I had to slow my reading pace towards its end to savour every last page. It truly is the perfect debut.

From the author of If I Loved You, I Would Tell You This, Life Drawing is a fierce, honest and moving story of married life–its betrayals, intimacies, and secrets.

Augusta and Owen have taken the leap. Leaving the city and its troubling memories behind, they have moved to the country for a solitary life where they can devote their days to each other and their art, where Augusta can paint and Owen can write.

But the facts of a past betrayal prove harder to escape than urban life. Ancient jealousies and resentments haunt their marriage and their rural paradise.

When Alison Hemmings moves into the empty house next door, Augusta is drawn out of isolation, despite her own qualms and Owen’s suspicions. As the new relationship deepens, the lives of the two households grow more and more tightly intertwined. It will take only one new arrival to intensify emotions to breaking point.

Fierce, honest and astonishingly gripping, Life Drawing is a novel as beautiful and unsparing as the human heart..

Robin Black’s story collection, If I loved you, I would tell you this, was a finalist for the Frank O’Connor International Story Prize, and named a Best Book of 2010 by numerous publications, including the Irish Times. Her novel, Life Drawing, was longlisted for ​the Flaherty-Dunnan First Novel Prize, the Impac Dublin Literature Prize, and the Folio Prize. Her fiction has been translated into Italian, French, German, and Dutch.​

​Robin’s most recent book is Crash Course: Essays From Where Writing And Life Collide. Robin’s work can be found in such publications as One Story, The New York Times Book Review, The Chicago Tribune, Southern Review, The Rumpus, O. Magazine, Conde Nast Traveler UK, and numerous anthologies, including The Best Creative Nonfiction Vol. I (Norton) and The Best of the Bellevue Literary Review. Robin lives with her husband in Philadelphia and teaches in the Rutgers-Camden MFA Program.