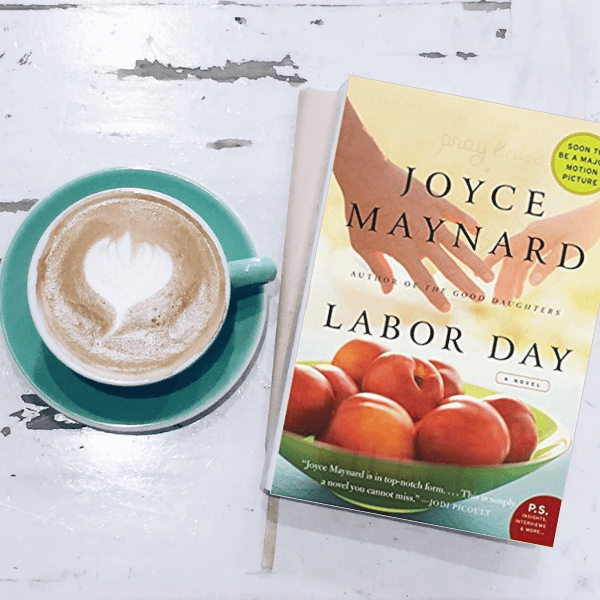 In the past few weeks I have read so many incredible books, whose prose are so beautiful, and whose plots are so readable that I’m beginning to sound like something of a broken record. Most recently, Labor Day by Joyce Maynard. So intent was I on finishing it, that having read it on the tube my way to work yesterday, forgetting I was running home, that I ran 12k from Chiswick to Clapham holding it wrapped in a plastic bag. And for the second morning running, I woke at 6am to tear through the last few chapters.

Labor Day is set in New Hampshire as a balmy Labor Day weekend approaches. Thirteen year old Henry is shopping with his divorced mother Adele, a one-time dancer who has been single since splitting from Henry father’s many years ago. A delicate character whose fragility is beautifully portrayed, Adele rarely leaves the house, instead choosing to stock up on canned goods to feed herself and her son.

During the trip to the supermarket Frank, an escaped prisoner with a bloody leg, approaches Henry and asks for his help. Adele agrees to take him home and hide him from the police without asking any questions about his conviction, and over the next six days Frank will have a profound effect on the two characters. While an intimate and loving relationship develops between Frank and Adele, Henry, also, is to learn some valuable lessons – from how to bake the perfect peach pie, to the often harrowing consequences of loving someone.

The three main characters are vulnerable in their own way and Maynard has described them exquisitely. The plot is captivating from the first to the last page and it is a truly heart-breaking, beautiful read. While it’s been compared to Atonement and About a Boy – both of which I’ve read and enjoyed – for me, Labor Day is miles ahead of them both.

A poignant tale of love and of loss, Labor Day will remain on my list of books to recommend for many years to come.

With the end of summer closing in and a steamy Labor Day weekend looming in the town of Holton Mills, New Hampshire, thirteen-year-old Henry—lonely, friendless, not too good at sports—spends most of his time watching television, reading, and daydreaming about the soft skin and budding bodies of his female classmates. For company Henry has his long-divorced mother, Adele—a onetime dancer whose summer project was to teach him how to foxtrot; his hamster, Joe; and awkward Saturday-night outings to Friendly’s with his estranged father and new stepfamily. As much as he tries, Henry knows that even with his jokes and his “Husband for a Day” coupon, he still can’t make his emotionally fragile mother happy. Adele has a secret that makes it hard for her to leave their house, and seems to possess an irreparably broken heart.

But all that changes on the Thursday before Labor Day, when a mysterious bleeding man named Frank approaches Henry and asks for a hand. Over the next five days, Henry will learn some of life’s most valuable lessons: how to throw a baseball, the secret to perfect piecrust, the breathless pain of jealousy, the power of betrayal, and the importance of putting others—especially those we love—above ourselves. And the knowledge that real love is worth waiting for.

A native of New Hampshire, Joyce Maynard began publishing her stories in magazines when she was thirteen years old. She first came to national attention with the publication of her New York Times cover story, “An Eighteen Year Old Looks Back on Life”, in 1972, when she was a freshman at Yale.

Maynard is the author of seventeen books, including the novel To Die For and the best-selling memoir, At Home in the World–translated into sixteen languages. Her novel, To Die For was adapted for the screen by Buck Henry for a film directed by Gus Van Sant , in which Joyce can be seen in the role of Nicole Kidman’s lawyer.. Her novel Labor Day was adapted and directed by Jason Reitman for a film starring Kate Winslet and Josh Brolin, to whom Joyce offered instruction for making the pie that appeared in a crucial scene in the film.