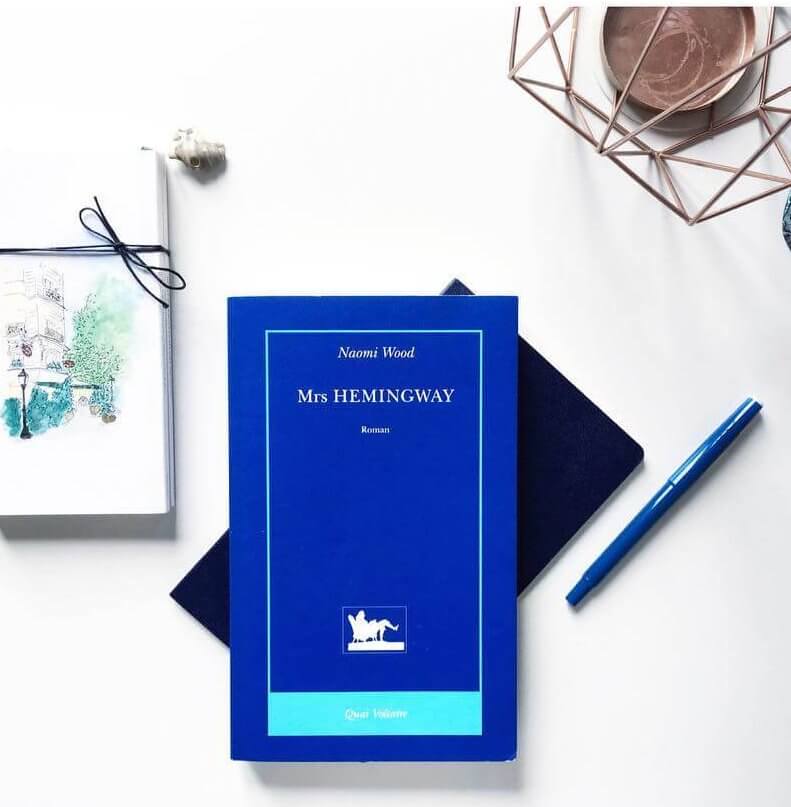 Thus it was that when I began Mrs Hemingway by Naomi Wood – author of The Godless Boys – I had very little idea of what to expect. Set between the 1920s and 1960s against heady backdrops of Paris, Antibes and Havana, Mrs Hemingway is narrated by the author’s four wives – Hadley, Fife, Martha and Mary – as each of them deal with explosive love-triangles that tear apart their relationships.

Compelling from the get go, Mrs Hemingway is a fascinating depiction of the interwoven intimacy between Hemingway and his four wives; each of whom deal with the break down of their relationship in different ways.

The setting is both highly evocative and hugely glamorous; a stark contrast to the heartbreak and betrayal simmering behind closed doors. The portrayal of Hemingway is intricate; and the research Wood must have undertaken to write this novel obvious.

Both poignant and heart-breaking in equal measure, Mrs Hemingway is a captivating read that will delight fans of both Wood and Hemingway. A brilliant insight into one of the world’s greatest writers, I shall certainly be moving For Whom the Bell Tolls further up my reading pile.

Naomi Wood’s Mrs. Hemingway tells the story of how it was to love, and be loved by, the most famous and dashing writer of his generation. Hadley, Pauline, Martha and Mary: each Mrs. Hemingway thought their love would last forever; each one was wrong.

Told in four parts and based on real love letters and telegrams, Mrs. Hemingway reveals the explosive love triangles that wrecked each of Hemingway’s marriages. Spanning 1920s bohemian Paris through 1960s Cold War America, populated with members of the fabled “Lost Generation,” Mrs. Hemingway is a riveting tale of passion, love, and heartbreak.

Naomi Wood studied for her undergraduate degree at Cambridge and has a master’s and doctorate from the University of East Anglia. Her research for Mrs. Hemingway took her from the British Library to the Library of Congress, and to Ernest Hemingway’s homes and old haunts in Chicago, Paris, Antibes, Key West, and Havana. She is also the author of The Godless Boys, which was published in the UK. Naomi was awarded the 2012 inaugural Eccles Centre British Library Writer in Resident Award. She teaches at the University of East Anglia and lives in London. Mrs. Hemingway is her American debut.