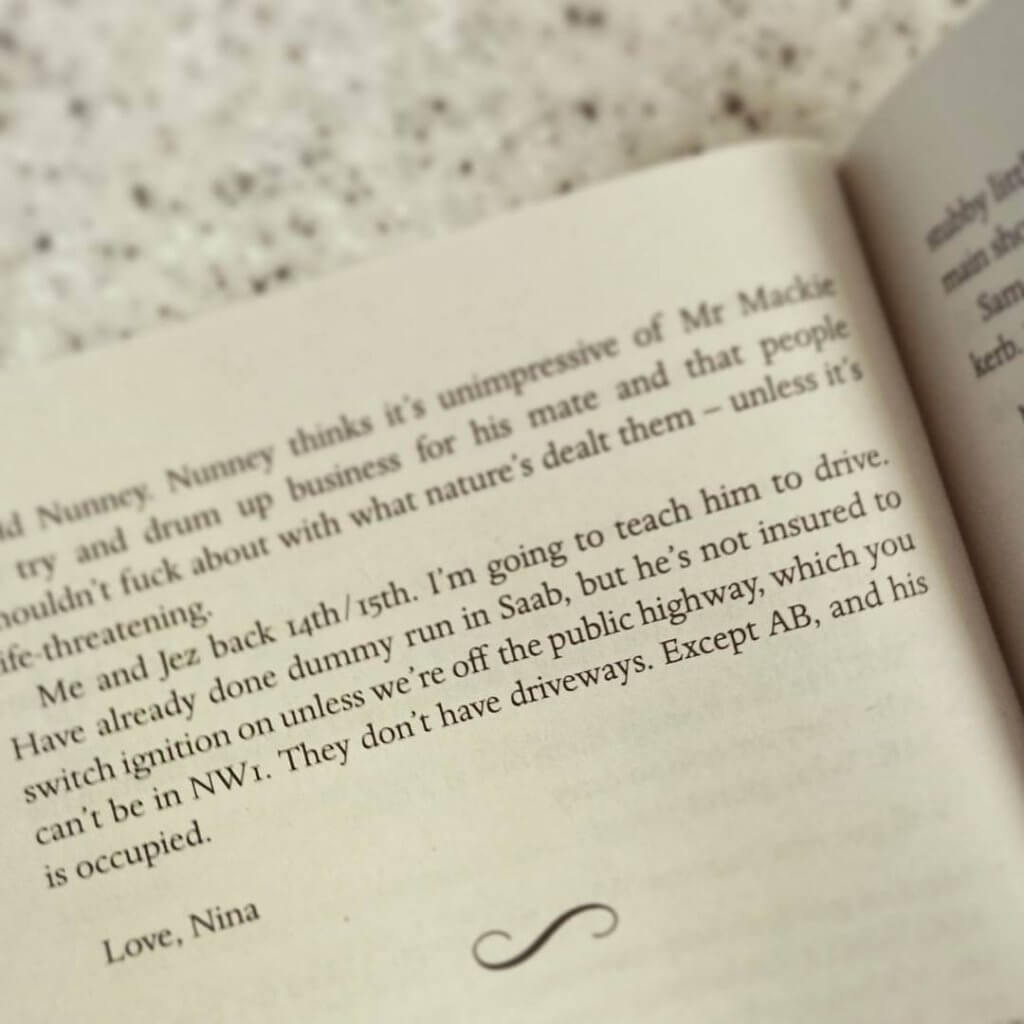 After finishing Labor Day by Joyce Maynard I promised myself that the next book I read would be one of the many I have left from the BBC’s Big Read. At the beginning of the year I challenged myself to read fifteen from the list by the end of the year; thus far I’ve got through about six. Unfortunately, coming across Love, Nina by Nina Stibbe was too big a temptation to resist and consequently Far From the Madding Crowd still remains unread.

Set in London in the 1980s, Love, Nina is a collection of letters from Nina Stibbe to her sister Vic in Leicester. As nanny to the deputy editor of the London Review of Books, Mary Kay, and her two sons, Sam and William, the novel is a delightful portrayal of the banalities of family life.

Told with a warmth and witticism no doubt unbeknown to the author at the time of writing them, the letters are brilliantly observant and possess a certain magic that make Love, Nina such an utterly charming read.

Nina’s musings are the perfect example of the lost art of letter writing and will undoubtedly be treasured by not only Nina and those within the letters, but equally by all readers of this quite marvelous tale.

In the 1980s Nina Stibbe wrote letters home to her sister in Leicester describing her trials and triumphs as a nanny to a London family. There’s a cat nobody likes, a visiting dog called Ted Hughes (Ted for short) and suppertime visits from a local playwright. Not to mention the two boys, their favourite football teams, and rude words, a very broad-minded mother and assorted nice chairs.

From the mystery of the unpaid milk bill and the avoidance of nuclear war to mealtime discussions on pie filler, the greats of English literature, swearing in German and sexually transmitted diseases, Love, Ninais a wonderful celebration of bad food, good company and the relative merits of Thomas Hardy and Enid Blyton.

Nina lives in Truro, Cornwall, with her partner Mark Nunney and their children, Eva, 16, and Alfred, 14. Nina’s bestselling first book Love, Nina, about her time as  a nanny, has been made into a TV series starring Helena Bonham Carter. Her novels, Man at the Helm and Paradise Lodge are very autobiographical and her mother plays a key role.