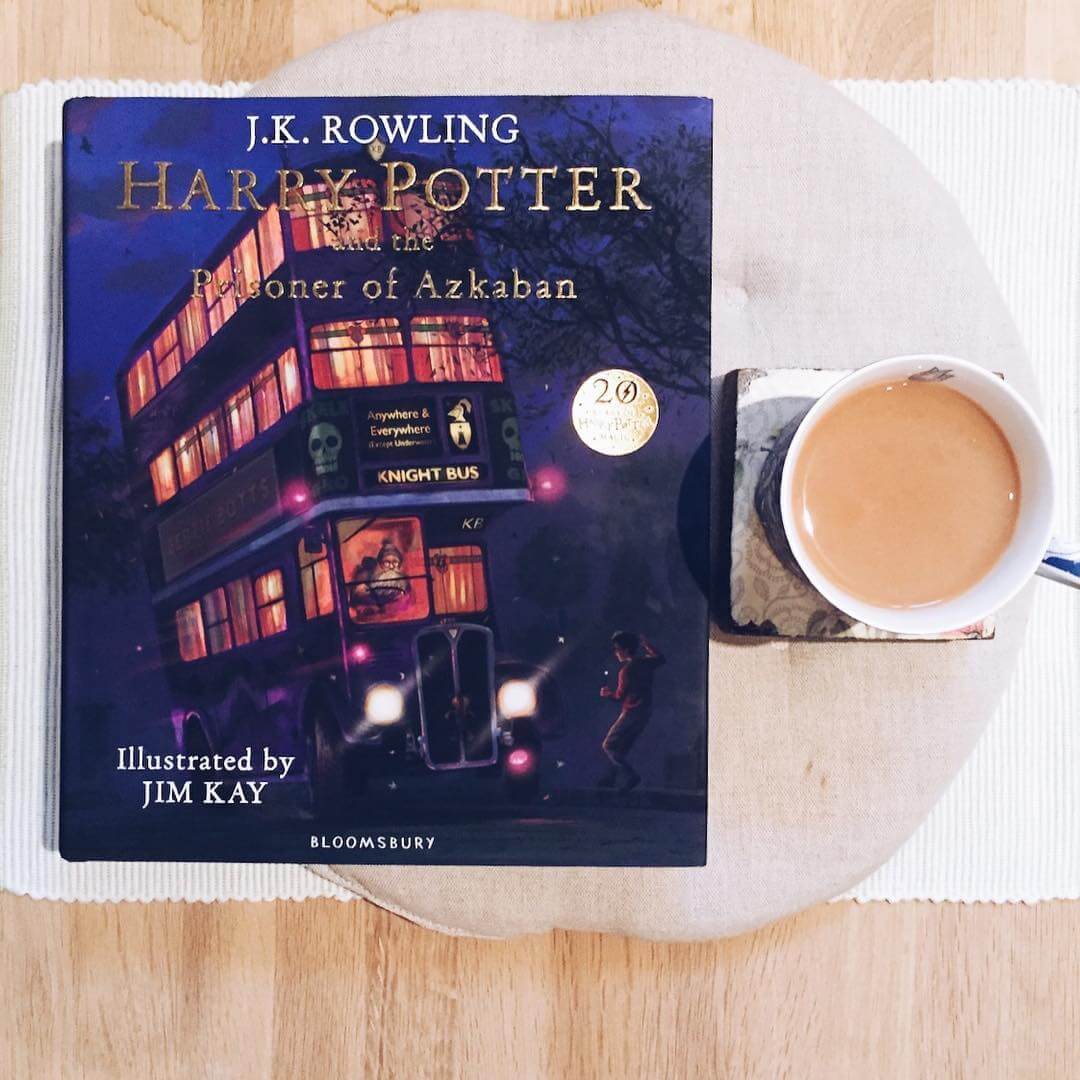 The third in the Harry Potter series is Harry Potter and the Prisoner of Azkaban which was published in 1999 and subsequently won the Whitbread Children’s Book Award, The Bram Stoker Award and the Locus Award for Best Fantasy Novel. Lots of my friends had said the third book was their favourite, and with a three hour train journey to deepest, darkest Shropshire ahead of me, I settled down to read it.

It begins on the eve of Harry’s 13th birthday with news that a man named Sirius Black has escaped from prison. An eventful supper at the Dursley’s takes place, during which Harry caused his Aunt Marge to inflate after she repeatedly insults his parents. He leaves the house in fury, before being picked up by the Knight Bus which takes him to Diagon Alley were he rents a room for the remainder of the school holidays. Shortly before the term starts again, Hermione and Ron join Harry in Diagon Alley where Harry overhears Ron’s parents saying that Sirius Black is after him.

Back at Hogwarts, Dementors – sinister guards from the prison of Azkaban – are guarding the school to protect its pupils from one-time friend of Harry’s parents and mass-murderer Black, who is implemented in their death and a follower of Voldermort. The pupils have three new teachers: Professor Lupin who has become the latest teacher of Defense Against the Dark Art, Professor Trelawny who teaches Divination and foresees Harry’s death in their very first class and Hagrid who is to teach the young wizards Care of Magical Creatures.

Yet further proof of Rowling’s skill of storytelling, Harry Potter and The Prisoner of Azkaban is another triumph from the Harry Potter series. With magical maps, a wizard village, mass-murderers on the run and a brilliant twist at the end, it’s easy to see why many count it as their favourite.

About Harry Potter and The Prisoner of Azkaban

Harry Potter’s third year at Hogwarts is full of new dangers. A convicted murderer, Sirius Black, has broken out of Azkaban prison, and it seems he’s after Harry. Now Hogwarts is being patrolled by the dementors, the Azkaban guards who are hunting Sirius.

But Harry can’t imagine that Sirius or, for that matter, the evil Lord Voldemort could be more frightening than the dementors themselves, who have the terrible power to fill anyone they come across with aching loneliness and despair. Meanwhile, life continues as usual at Hogwarts. A top-of-the-line broom takes Harry’s success at Quidditch, the sport of the Wizarding world, to new heights. A cute fourth-year student catches his eye. And he becomes close with the new Defense of the Dark Arts teacher, who was a childhood friend of his father.

Yet despite the relative safety of life at Hogwarts and the best efforts of the dementors, the threat of Sirius Black grows ever closer. But if Harry has learned anything from his education in wizardry, it is that things are often not what they seem. Tragic revelations, heartwarming surprises, and high-stakes magical adventures await the boy wizard in this funny and poignant third installment of the beloved series.

2 comments on “Review: Harry Potter and the Prisoner of Azkaban – J. K. Rowling”