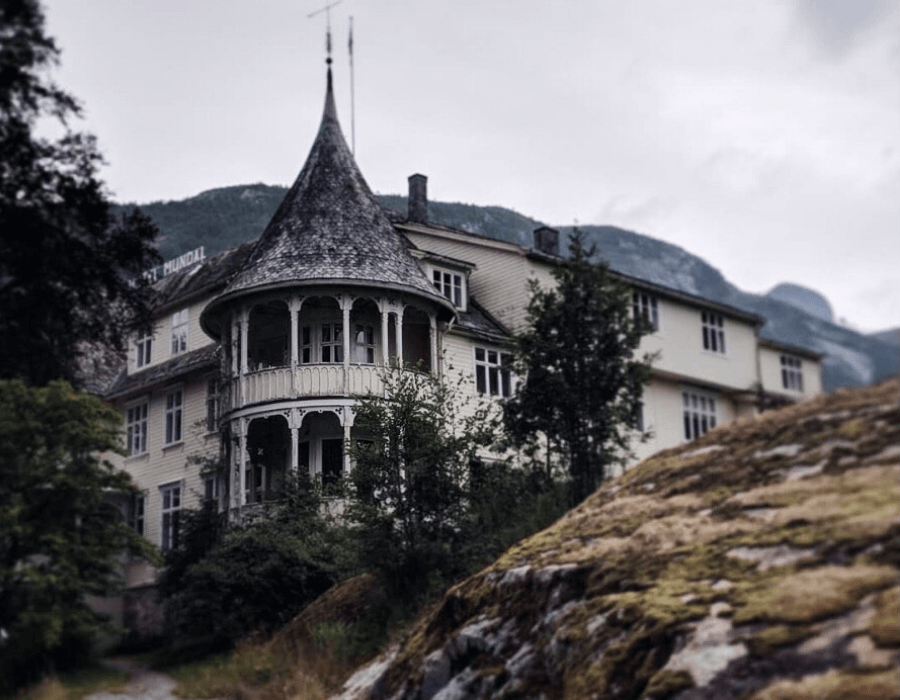 Hay-on-Wye has long been a literary landmark, and a passion pilgrimage for bookworms far and wide, who visit in their droves due to its abundance of boutique bookstores and shelf-lined streets. However, this charming little town nestled on the Welsh border is no-longer the only aptly-named ‘book town’, and there are now thought to be over forty across the globe, most of which are famed for their love of the written word, literary festivals and large number of used book stores.

And as something of a famed bibliophile himself, author and journalist Alex Johnson, whose books include Shelf Life and A Book of Book Lists, has recently penned a comprehensive guide to these dream destinations for bookworms, appropriately named Book Towns: Forty Five Paradises of the Written Word. Detailing the pleasures of these out-of-the-way havens defined by their books, Johnson has been kind enough to share five of the world’s most unusual book towns with readers of The Literary Edit. From an urban hotspot in Eastern Asia, to a book town steeped in a remarkable history, read on to find out more about these brilliantly bookish gems.

Fjaerland in Norway has arguably the finest backdrop of any book town in the world, next to mainland Europe’s largest glacier, Jostedalsbreen, and only accessible by car since the 1980s. Established in 1995, most of its bookshops are in converted buildings including a former pigpen, while there are various ‘honesty’ bookshops, by the sides of the road and near bus stops. Hotel Mundal, a supporter of the book town, is a good place to stay, and is also an important part of the novel, The Castle in the Pyrenees by Jostein Gaarder, author of Sophie’s World.

South Africa’s only book town is in a truly remote spot, the semi-desert wilderness of the Karoo in the Northern Cape region, surrounded by mountains and plains, and seven hours drive from Cape Town (and 70km from the nearest village). The guiding forces behind its book town statues are Peter Baker and Darryl David who has also set up other literary festivals in the region. At the recent Wigtown Book Festival, Darryl talked about how ‘book towns are the fairytale that everyone longs to hear about.’

There has been a village at Torup in Denmark for about 1000 years, but since the 1900s it has also partly been an eco-village with its own health food shops, wind turbines and sustainably-designed homes run along co-operative lines. There are a dozen book wagons around the town’s roadsides as well as in unusual locations such as a workman’s hut and a disused stable. While the booktown phenomenon has always been very much about boosting failing local economies, at Torup there is also a strong social aspect. “The purpose of Torup Bogby is to create life,” says Peter Plant, the book town’s chairman. “The activities strengthen the local community and help the many cultural activities that build a richer spiritual life. Small is beautiful.” Torup is about 60km north of Copenhagen.

Paju Book City is a member of the International Organisation of Book Towns but is far more urban than other book towns since the 10,000 people who work here are all in the book industry, making, publishing, selling and promoting Korean books. Situated only six miles south of  the border with North Korea, it was planned to be a literary escape from the overdevelopment of Seoul. There are also book cafés dotted around the site as well as a cultural arts complex, 250 publishers, a huge annual ‘booksori’ book festival which attracts up to half a million visitors, and an on-site hotel so visitors can read books 24 hours a day.

Wünsdorf has the most remarkable history of any book town. It was the former headquarters of the Wehrmacht, the German Armed Forces, where the Nazis ran their military campaigns from inside an underground communications bunker. When it was overrun by Russian soldiers in 1945, it became their army’s largest base outside the Soviet Union and known as ‘Little Moscow’ – it was out of bounds to German residents. When the Russians left in 1994, it became derelict until it was cleared up and rebranded as a book town in 1997. As well as browsing in several excellent bookshops, visitors can also take tours of the area including the impressive bunker complexes and other military installations. Wünsdorf is just under an hour by car from Berlin and just over an hour by train