I read – and adored – Laura Freeman’s The Reading Cure towards the end of 2017 when much of my reading repertoire was made up of books about books. A poignant memoir and a wonderful reminder of the power of books and their healing nature; whatever your ailment may be, it’s a must read for bookworms far and wide – and I’m offering readers of The Literary Edit the chance to read an exclusive extract here. Find out below which books the author would take with her to a far flung desert island…

When Leonard Woolf, later husband to Virginia, packed his trunks for Ceylon in 1904, he brought the complete works of Shakespeare, four volumes of Milton, and seventy volumes of Voltaire. That’s the way to travel. No Kindle, but boxes and boxes of books. (And someone to carry them.) For a weekend away: I’ll pack five books. For a week: a dozen. For a lifetime marooned on a desert island? Well, I’d have more luggage even than Leonard. But if I had to choose just eight… 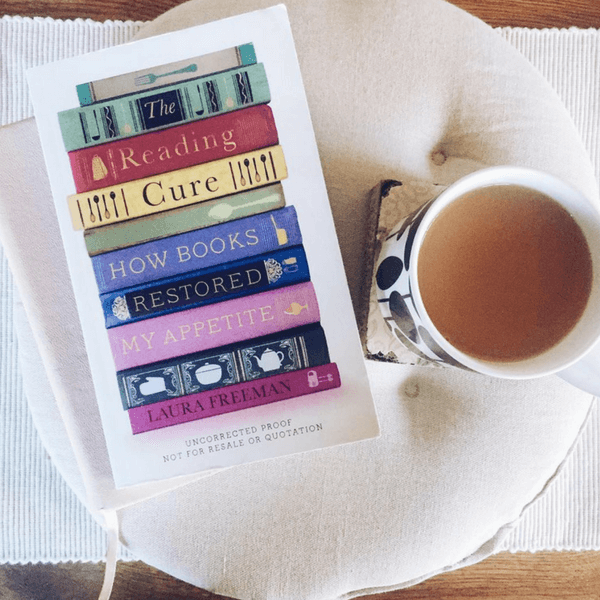 A Writer’s Diary, by Virginia Woolf, edited by Leonard Woolf

It’s cheating to take all six volumes of Virginia Woolf’s Diaries, so I’ll settle for this compressed edition. ‘Loose, drifting material of life,’ she called her diaries. They are absorbing, intimate, heart-breaking, inspiring. Much of it was ‘dustheap,’ she wrote, with some ‘diamonds.’ I think it’s the other way round: heaps of diamonds, specks of dust. When she is up, happy, ‘scribbling’, you share her exhilaration. When she is low – ‘thought evaporates, runs hither and thither’ – you are frantic to help. The last entry – ‘I find that it’s seven; and must cook dinner. Haddock and sausage meat’ – before her suicide, makes me cry.

Don’t marry Mr Darcys. The Darcy-type, I fear, grows silent and sullen in middle age. What you want is a Henry Tilney, hero of Jane Austen’s Northanger Abbey. Henry is ‘not quite handsome.’ He is, however, a great chatter, a teaser, an expert on muslin dresses. He makes his heroine, Catherine Morland, and his readers, laugh. Catherine is very young, very silly and a little too carried away by the gothic shlockbusters she’s been reading. But you fall in love with Catherine, as Henry does, and sympathise. We know the feeling of imagination running wild, when lost in a thrillingly ‘horrid’ book. 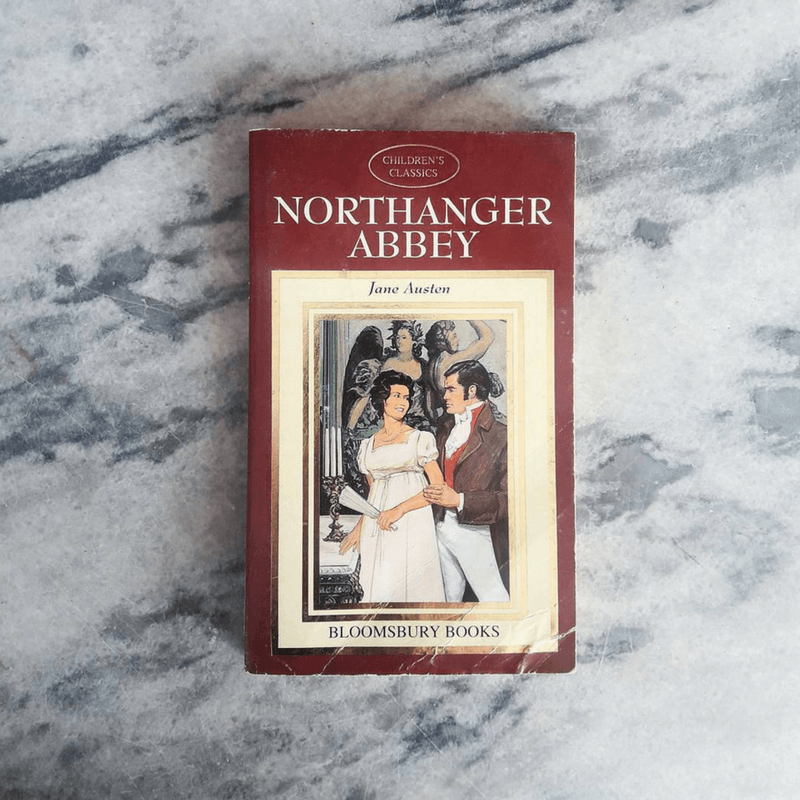 This red hardback was a seventh birthday present from my grandparents. I had been hoping for Sylvanian Families. But I have grown into its poems. The first is The Fairies by William Allingham: ‘Up the airy mountain,/Down the rushy glen…’ And with that we are off, rushing through Owls and Pussycats, Coy Mistresses, Highwaymen and Ladies of Shallot.
My favourite is W.H. Auden’s Tell Me The Truth About Love:
‘Does it look like a pair of pyjamas,
Or the ham in a temperance hotel?
Does its odour remind one of llamas,
Or has it a comforting smell?’

The Compleet Molesworth, by Geoffrey Willans and Ronald Searle

Dad introduced me to Molesworth, the schoolboy scribe and self-proclaimed ‘curse of st custard’s.’ Nigel Molesworth is ignoble, ill-tempered and illiterate. No writer makes me hoot, snort and gulp with laughter like he does. Here is his scheme for avoiding science lessons: ‘A good way in a science lesson is to wait until some old-fashioned poison like sulphurick acid etc. turns up.’ Then: ‘Drink coloured water and collapse to be carried out as if dead. n.b. if you make a mistake with this one you are still carried out as if dead and you are .’

The Fifth Elephant, by Terry Pratchett

Terry Pratchett is my hot toddy. If I am tired, forlorn, nursing a cold, it’s the Discworld that cheers me up. Hard to chose just one. The Truth for its send-up of fake news, cynical hacks and harried editors? Thief of Time for its intricate, mind-scrambling plot? Men At Arms for its mix of Arthurian legend and Cops and Robbers?
I’d have Fifth Elephant for its everyman anti-hero Sam Vimes. Commander Vimes is the star of a crime caper that has everything: love, snow, dwarves, werewolves, teetotal vampires, a plot to topple a king, a chase scene over a waterfall… and a talking dog.

No shame in starting with BBC adaptations. I did. Andrew Davies’s Bleak House and Little Dorrit gave me the Dickens bug. On the page, Dickens’s characters were richer, crueller, sweeter, more irrepressible. You don’t just read a Mr Pancks or a Flora Finching: they grab you by the forearms and haul you in. I’ve read all sixteen novels and Little Dorrit has my heart.
You choke for want of air in the Marshalsea, shiver with Amy and Maggie walking London all night, fume in Venice at Miss Prism and her prunes, and delight in cake with Mr Clennam at Covent Garden.

The Pursuit of Love, by Nancy Mitford

If Molesworth is a Dad book, then Mitford is a Mum book. I’ll read Nancy Mitford on anything: on thermal knickers down to the knee, on her tortoise, on Madame de Pompadour. Best are her novels. We have multiple family copies: one on my shelves, one by Mum’s bed, one in the guest room, one for emergencies. And sometimes it is an emergency. A dose of Mitford, quick! I only have to read a chapter of The Pursuit of Love (or Love in a Cold Climate, or The Blessing, or…) and tempers are restored. She makes you smile at the world’s absurdities. Better to giggle than rage.

A World History of Art, by Hugh Honour and John Fleming

This is a masterpiece. An awesome summing up of world art from the Willendorf Venus (c.30,000 B.C.) to Tracey Emin’s un-made Bed (1998). Along the way we take in Tutankhamen, Praxiteles, Augustus, the early Christian catacombs, the Buddha, the Kama Sutra, the Spanish Inquisition, Leonardo, Rembrandt, Manet, Monet, Millais and Jackson Pollock. Honour and Fleming, partners in life and on the page, are never dry, and often waspish: ‘dangerously provocative eroticism’; ‘sixteenth-century notion of stylishness.’ And, at 960 pages, it will make a useful desert island footstool for reaching bananas, mangoes and coconuts.

The Reading Cure: How Books Restored my Appetite by Laura Freeman is published by Orion books.