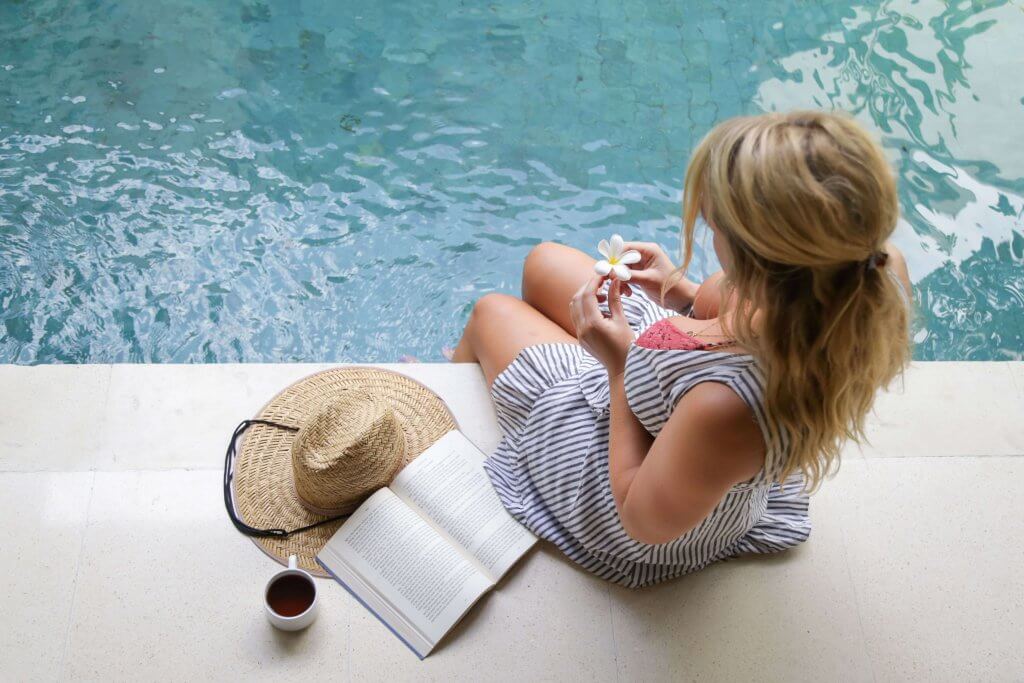 This story is an old one; it happened before the days of Instagram, Whatsapp and Facebook. Contact was limited to the garish lights of internet cafes, where faded notes were exchanged for fuzzy phone calls, emails were sporadic; photos unfiltered.

I was nineteen, naive and entitled with big dreams of travelling the world; bigger dreams of making it as a writer, and living out my days in sophisticated cities and beautiful beach towns, with an ancient typewriter and a library full of dusty books. It’s only recently – after a rocky time of late which has seen me forgo an office career – that I’ve begun to think of myself as a writer. Landing in Bali almost three weeks ago, when filling in the obligatory form to pass through customs I pondered over the ‘occupation’ box for a moment, not knowing what to write. I’ve been any number of things over the past decade; student, PR consultant, social media manager; blogger. But for the first time I wrote ‘writer’. And so here is a tale I’ve been wanting to tell for years.

I met Becs during my last few days in India; she had a shock of bright blonde hair and a contagious smile. It was a couple of days before I was to depart for Thailand and I was having a beach side dinner in Palolem with a medley of friends I had met while in Goa, listening to the gentle lap of the indigo ocean. As travelling alone often incites one to do, she approached our table and was soon immersed in the group, swapping stories; comparing the scooter injuries so inherent with travelling. We swapped emails and agreed to meet when she arrived in Thailand a week or so after I did.

It was in Thailand that I met Rach, on the back of a tuk-tuk in Koh Phagnan. Spirits were high, skin was sunkissed and the streets were paved with travellers hoping to make memories that would last a lifetime. Soon after, Becs would join us, and following endless days laying on sun-drenched beaches, the three of us would depart island life for the chaos of Bangkok, and the relative tranquility of Chang Mai.

We formed a bond that only travellers do. The type that seems indestructible at the time; we spoke of break-ups, heartaches, tales of the past; hopes for the future, adventures to come. We rode tuk-tuks through the bustle of Bangkok, trekked through the jungle in Chang Mai; partied on beaches; pondered life by hotel pools. As the baby of the group – I was nineteen to Rach’s 23 and Becs’s 30 – I looked up to them; their wise words, their reassurance; their worldliness.

I remember leaving them like it was yesterday; we’d kept a journal during our time together, and bought friendship bracelets on our last day together to cement what we believed would be an everlasting bond. I cried as my bag was thrown onto an open-backed truck to begin my journey to Bangkok, waving wistfully as they faded into the distance. From Bangkok I would board a flight to Hong Kong before flying to Australia, New Zealand and finally LA where I would begin a two week stay in the states, taking in the bridges of San Francisco and the bright lights of New York City.

Hong Kong passed by in a blur of busy streets and sparkly shops; Australia – a place I never planned to visit but have since moved to – exceeded every expectation I had. New Zealand was beautiful – but colder than I had anticipated; I drunk in its quaint-like qualities, trekked an ice glacier in Franz Joseph, and used an entire film of my disposable camera taking pictures of Lake Matheson. I was touring New Zealand with a coach of travellers, made up of mainly of those post-college or university with a thirst for adventure and a longing for wanderlust, years before the word became a way of life in its own right.

It was the night before we were due to go to Queenstown that I got the email from Rach; I can’t remember the exact words she used, but I remember knowing, in the pit of my stomach, that something had happened to Becs. I used the hotel phone to call her, fear mounting with every passing minute. Becs had collapsed in Vietnam and had been taken by air ambulance to Bangkok where a tumour was found and she was put on life support. She never regained consciousness.

A faceless South American held me while I sobbed in the hotel lobby – I think he was part of the group I was travelling with – but in reality he could have been anyone. The next twenty-four hours passed in a blur of endless tears; I was alone and heartbroken in a way my nineteen year-old self couldn’t comprehend.

I made my way back to Christchurch where I slept on the airport floor in a sea of tears, wondering if they would ever cease, before flying to LA where I paid for a new flight home.

Becs died in 2005; 12 years ago now. She was thirty; a year younger than I am now – an age that seemed so very grown up to me at the time. I often think about her – and still have the journal we kept together. Rach remains one of my dearest and most treasured friends and we’ve maintained a sincere and strong friendship that has lasted way beyond the tale that bound us together. In a letter Becs wrote to me before she died she imparted the following advice: ‘take every opportunity you can and make decisions from the heart‘. I like to think she’s with me, always.

19 comments on “Dealing with Death While Abroad”