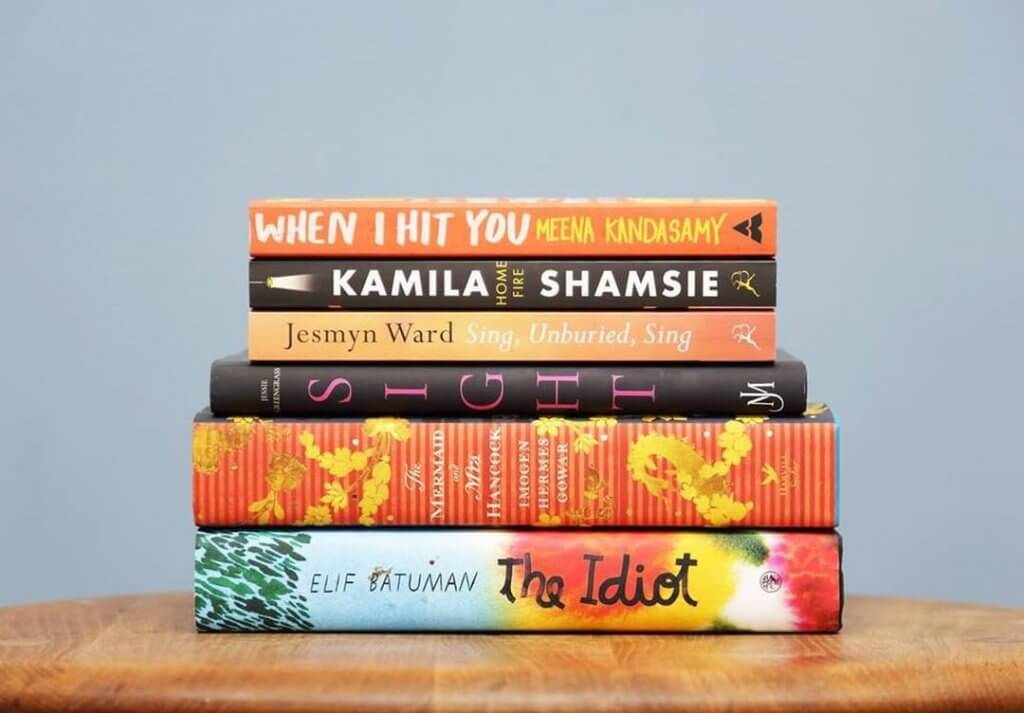 If you fancy starting the month with a brand new pile of books by some of the best female authors in town, you’re in luck.

Last week, the Women’s Prize for Fiction announced their six-strong shortlist, just a matter of weeks ahead of crowning the winner of June. The five fantastic judges, chaired by Sarah Sands, Editor of the Today Programme, and completed by Anita Anand, BBC radio and television journalist; Katy Brand, writer, comedian and actor; Catherine Mayer, journalist, author and co-founder of the Women’s Equality Party and actress Imogen Stubbs, chose a shortlist that “spoke most directly and truthfully” to them.

The Women’s Prize for Fiction shortlist features three fiction debuts – historical novel The Mermaid and Mrs Hancock from British author Imogen Hermes Gowar, Sight by Jessie Greengrass for Sight, about the journey to motherhood; and American Elif Batuman for The Idiot, set at Harvard university during the 1990s. Joining the three debuts is British-Pakistani author Kamila Shamsie, chosen for Home Fire, her modern-day reimagining of Sophocles’ Antigone, Jesmyn Ward’s portrait of a mixed-race family in rural Mississippi, Sing, Unburied, Sing, which won the American novelist the National Book award, and Indian author Meena Kandasamy’s second novel, an account of an abusive marriage, When I Hit You: Or, A Portrait of the Writer as a Young Wife.

RELATED:  Review: How to be a Woman - Caitlin Moran

The competition will close on Monday, 14th May and the winner will be contacted via email.

56 comments on “Closed | Win: the Women’s Prize for Fiction Shortlist”