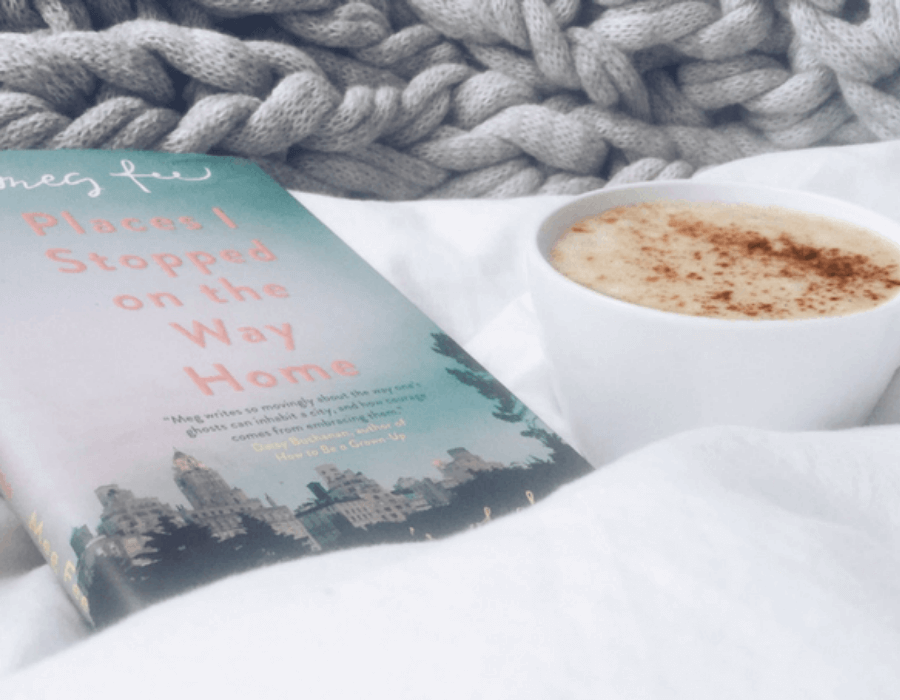 I almost didn’t read Places I Stopped on the Way Home. I was back in the UK after three months in Sydney, and in my absence an alarming number of books had been sent to my parents’ cottage. I opened most of the packages in a haze of jet lag and fatigue, taking to my bedroom a couple of books I had requested for review; and promising to revisit the remaining pile of paper at a later date. Alas, my time in the UK passed by in something of a flash, and it was only when I was packing my bag to return to Sydney that I noticed Places I Stopped on the Way Home. I very nearly didn’t take it on my return flight – I’ve never been a fan of collections of essays; opting instead for traditional novels and memoirs – but I was enticed by the book’s blurb, and thus added it to my ever growing hand luggage, which held a total of four hardbacks (and will no doubt be the cause for the hunch back I develop later in life) for my thirty hour journey back to Sydney.

It wasn’t until I arrived back in Bondi that I began Places I Stopped on the Way Home, and, as often happens with books, I read it at a time when its words rung very true. Like many people who live abroad, or even, as in the author’s case, in a city which isn’t the one they grew up in, the notion of home can be a loaded one. Since moving to Australia two-and-a-half years ago, and having spent last year living in Bali, LA, Sydney and London, I’ve questioned where home is, and what the term really means, and it’s something that Fee explores wonderfully throughout her anecdotes and tales of her time in New York.

A memoir of chaos and grace, in Places I Stopped on the Way Home, Fee gives the reader an intimate insight into the thirteen years she spent in New York, first as an undergrad at Juilliard and then as a young woman finding her feet in a city she has long held in such high esteem, where she navigates her way around unsuitable apartments, unattainable men and menial jobs.

Each essay takes its title from the part of the city where they occurred, and chart the ups and downs of Fee’s life in the city that never sleeps, from a bed-bug infested apartment shared with a friend who becomes a foe, to finding unexpected friendships and a real home in the heart of Harlem. We learn of her romances – often failed and always insightful – as Fee explores love in all its forms.

Fee’s essays are beautifully written, ripe with poetry-like prose, raw, real and compelling, and it’s almost impossible to come up for air when reading her account of life in New York. Places I Stopped on the Way Home is the sort of book that you want to savour, that you want to read slowly; to absorb, to imbibe and to consume every last page, every last sentence and story and word.

Without question the best book I’ve read this year, and one that I will return to again and again, Places I Stopped on the Way Home is everything I love in a book. Its final line is probably the most perfect one I’ve ever read, and it has long since stayed with me since closing the final page.

Buy Places I Stopped on the Way Home by Meg Fee on Amazon or from Waterstones.

Born and bred in Houston, Texas, Meg first fell in love with words as a small child. She remembers the first time she found herself under a pile of books, and the first moment that letters conspired to form words. She’d wake early in the mornings before school to climb onto the living room couch and read as much as she could. Eventually that love of words transformed into a love of theatre and she moved to New York at eighteen to study acting at the prestigious Juilliard School. Her parents allowed this on one condition: that she continue to develop her writing skills by keeping a journal (it is her white-knuckle hope that no one ever finds that leather bound diary). Meg graduated in 2008 just as the economy plummeted and began blogging as a creative outlet. It was there, in her little corner of the internet, that she discovered that writing felt a lot like coming home.

On her popular blog, MegFee.com, Meg writes about what it means to suss out a life when you’re totally unsure as to your place in the world – mining value and meaning in the mundane of the everyday: one’s morning coffee, home-cooked dinners around a full table, the joy in waking next to the  person you love. The blog rose in popularity as Meg began penning letters to the-man-she’d-one-day-marry and spawned a small movement that saw women across the internet do the same. Meg is the author of Places I Stopped on the Way Home which traces her time in the city, and the men who have – for better or worse – helped her define who she is and what she wants.

To date, words have been the great love affair of her life. She currently lives in New York.

About Places I Stopped on the Way Home

In Places I Stopped on the Way Home, Meg Fee plots a decade of her life in New York City- from falling in love at the Lincoln Center to escaping the roommate (and bedbugs) from hell on Thompson Street, chasing false promises on 66th Street and the wrong men everywhere to finding true friendships over glasses of wine in Harlem and Greenwich Village.

Weaving together her joys and sorrows, expectations and uncertainties, aspirations and realities, the result is an exhilarating collection of essays about love and friendship, failure and suffering, and above all hope. Join Meg on her heart-wrenching journey, as she cuts the difficult path to finding herself and finding home.

1 comment on “Review: Places I Stopped on the Way Home – Meg Fee”