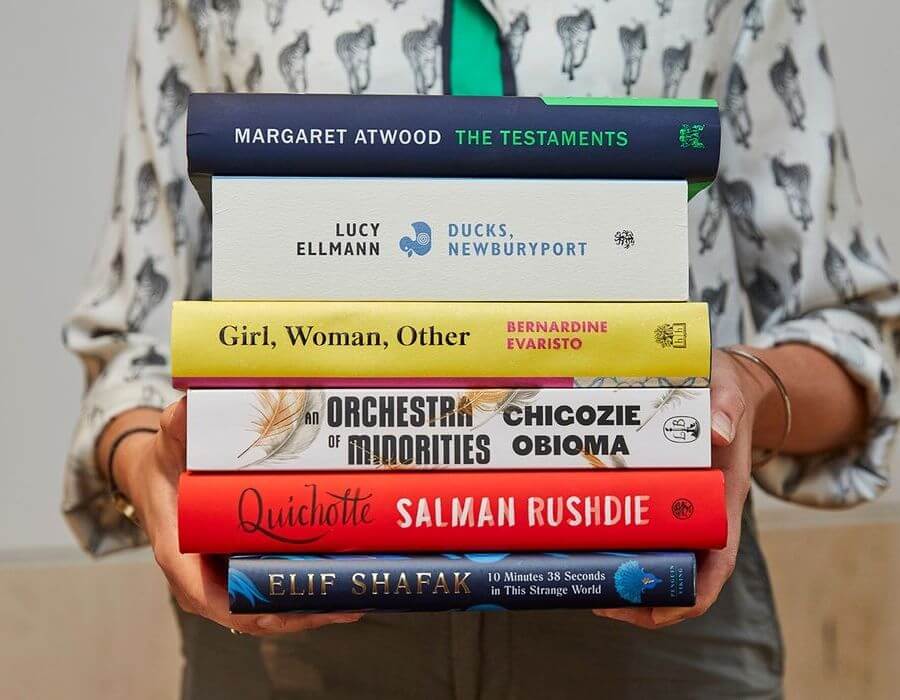 With a little under three weeks to go until the Booker Prize announce their 2019 winner, I’ve teamed up with the esteemed literary prize to offer one lucky reader of The Literary Edit the chance to win this year’s shortlist.

The shortlist features two former winners – Margaret Atwood and Salman Rushdie, as well as Chigozie Obioma; shortlisted for the second time with his second novel, and was selected from 151 submitted books. It offers an insight into different worlds from the dystopian setting of Gilead, the monologue of an Ohio housewife and the tragicomic tale of a travelling salesman in America; to mostly female, mostly Black, British lives across generations, the trials of a young Nigerian man on a quest to improve his prospects and true allegiances within the brothels of Istanbul.

The shortlist of 6 novels follow in alphabetical order by author’s surname:

The Testaments by Margaret Atwood

Girl, Woman, Other by Bernadine Evaristo

An Orchestra of Minorities by Chigozie Obioma

10 Minutes 38 Seconds in this Strange World by Elif Shafak

For your chance to win, simply head to my Facebook page. UK entrants only. Winner will be picked at random on October 13th and contacted by email.