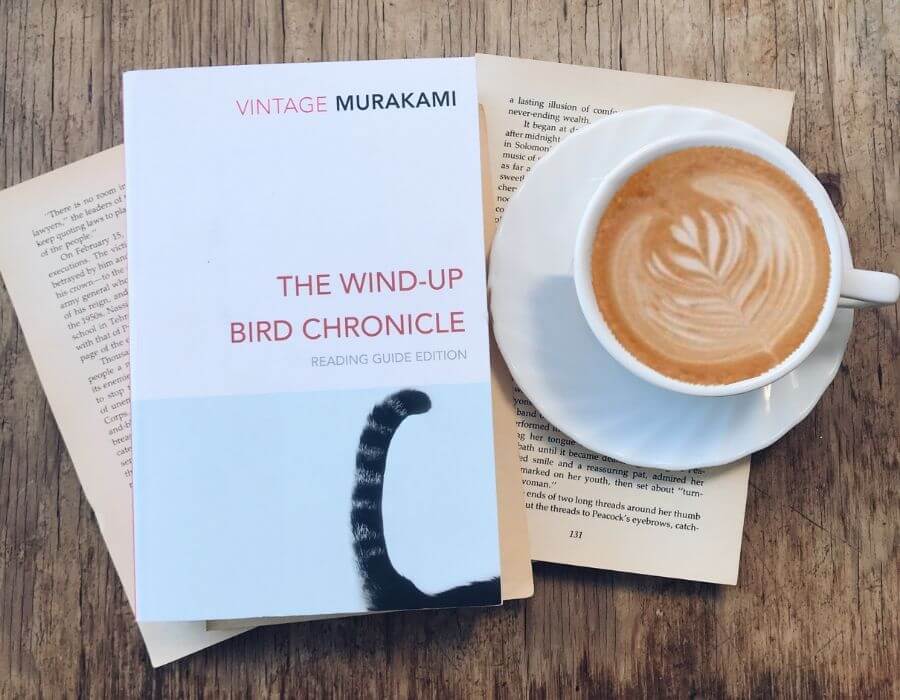 It was after buying myself a copy of 1001 Books You Must Read Before Your Die by Peter Boxall that I decided to read Haruki Murakami’s much loved novel. I spent a laborious hour or two turning the pages of the 1001 Books You Must Read Before You Die, and, somewhat aghast that I had not yet ticked 100 off the list, The Wind Up Bird Chronicle was thus plucked from the shelves of the bookstore, and swiftly added to the top of my TBR pile.

I had previous read two of Murakami’s books – What I Talk About When I Talk About Running, a memoir that was instrumental to my marathon training back in 2014, and Norwegian Wood, which I read when en route to Sydney the following year.

Unlike many authors, whose books frequently follow both a similar style and genre, Murakami does neither, and The Wind Up Bird Chronicle was entirely different to the author’s two previous offerings I’d read before. It begins with a seemingly ordinary day in the life of a very ordinary man. But what follows is anything but ordinary, and the tale soon embodies a strange and hallucinogenic quality – dreams spill into reality, lines between natural and supernatural are blurred, a guy sitting deep down in a well digs into his subconscious, a boy’s personality is stolen by the devil, a miraculous blue mark on a cheek heals people and an unusual cast of characters flow in and out of the tale, tell their unusual stories and leave.

Amidst all of this, Murakami addresses the themes of alienation, loneliness, and individual’s search for identity. A profound and complex take on life & reality, The Wind up Bird Chronicle is a must-read for anyone who wants to lose themselves between the pages of a fantastical fictional ride.

About The Wind-Up Bird Chronicle

In a Tokyo suburb a young man named Toru Okada searches for his wife’s missing cat. Soon he finds himself looking for his wife as well in a netherworld that lies beneath the placid surface of Tokyo. As these searches intersect, Okada encounters a bizarre group of allies and antagonists: a psychic prostitute; a malevolent yet mediagenic politician; a cheerfully morbid sixteen-year-old-girl; and an aging war veteran who has been permanently changed by the hideous things he witnessed during Japan’s forgotten campaign in Manchuria.

Gripping, prophetic, suffused with comedy and menace, The Wind-Up Bird Chronicle is a tour de force equal in scope to the masterpieces of Mishima and Pynchon.

Haruki Murakami is a popular contemporary Japanese writer and translator. His work has been described as ‘easily accessible, yet profoundly complex’.  Since childhood, Murakami has been heavily influenced by Western culture, particularly Western music and literature. He grew up reading a range of works by American writers, such as Kurt Vonnegut and Richard Brautigan, and he is often distinguished from other Japanese writers by his Western influences.

Murakami studied drama at Waseda University in Tokyo, where he met his wife, Yoko. His first job was at a record store, which is where one of his main characters, Toru Watanabe in Norwegian Wood, works. Shortly before finishing his studies, Murakami opened the coffeehouse ‘Peter Cat’which was a jazz bar in the evening in Kokubunji, Tokyo with his wife.

Many of his novels have themes and titles that invoke classical music, such as the three books making up The Wind-Up Bird Chronicle: The Thieving Magpie (after Rossini’s opera), Bird as Prophet (after a piano piece by Robert Schumann usually known in English as The Prophet Bird), and The Bird-Catcher (a character in Mozart’s opera The Magic Flute). Some of his novels take their titles from songs: Dance, Dance, Dance(after The Dells’ song, although it is widely thought it was titled after the Beach Boys tune), Norwegian Wood (after The Beatles’ song) and South of the Border, West of the Sun (the first part being the title of a song by Nat King Cole).