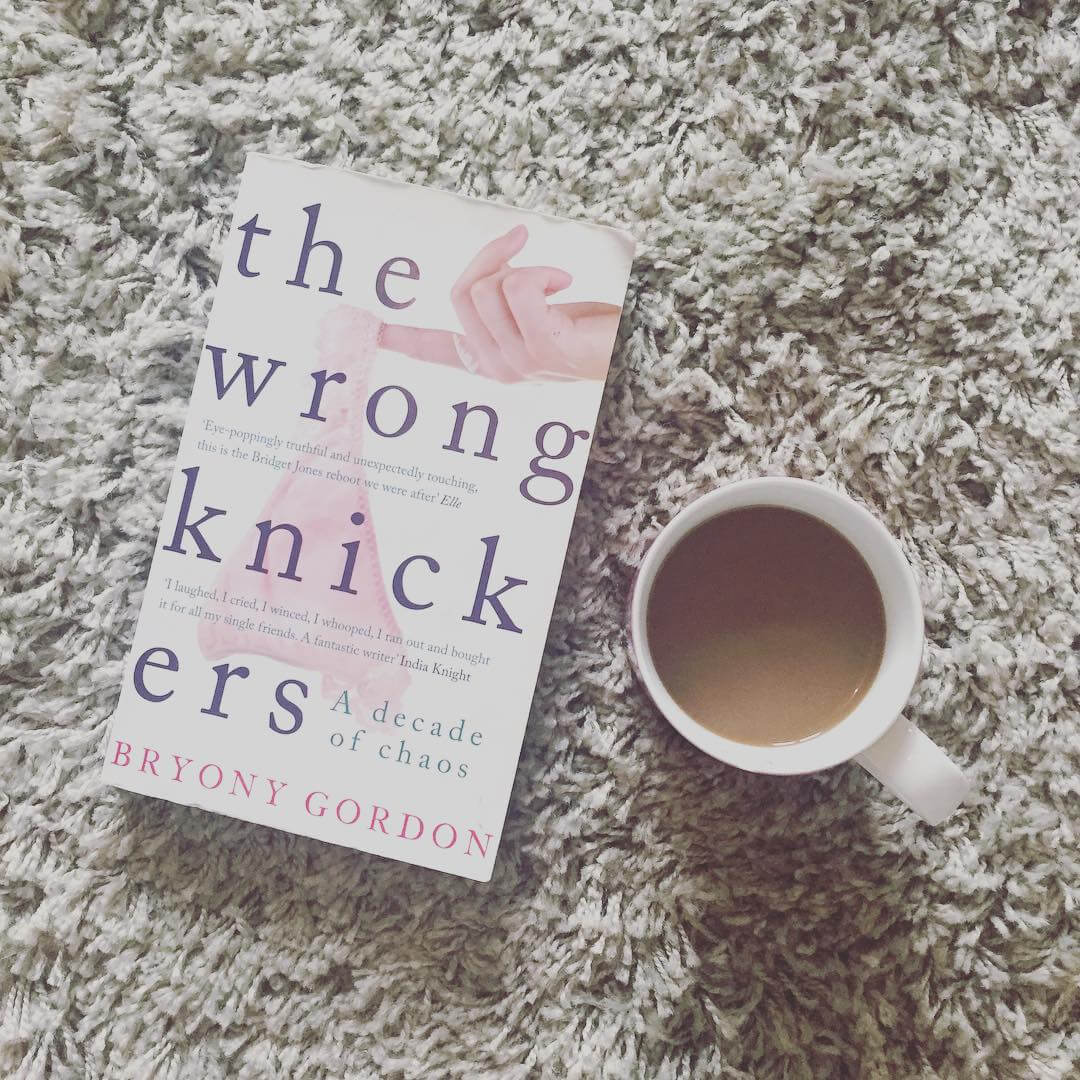 Readers of The Telegraph won’t need an introduction to Bryony Gordon, author of The Wrong Knickers: A Decade of Chaos. One of The Telegraph’s better-known journalists, Bryony is perhaps best known for her column in Stella – previously called Girl About Town, now that she’s happily married and mother to Edie, her column changed accordingly to Settled At Last.

A memoir of single life in London in her twenties, The Wrong Knickers is essentially a coming of age tale that dispels the often glamourised misconception of what life is like for the single girl about town. Deemed by many as a modern day Bridget Jones’, Bryony Gordon gives us a valuable and hilarious insight into the ins and outs of London life as a single girl.

We witness Gordon as she struggles with grotty flat-shares, experiments with drugs, and indulges in a number of flings with inappropriate men in her desperate search for a boyfriend. Such experiences are recalled in a delightfully honest account that has the reader rooting for the hugely sympathetic Gordon until the very last page.

Honest, humorous and at times horrific, The Wrong Knickers is a wonderfully refreshing read that I devoured with relish and have been pushing into friends hands ever since.

About The Wrong Knickers

Bryony Gordon survived her adolescence by dreaming about the life she’d have in her twenties: the perfect job; the lovely flat; the amazing boyfriend. The reality was something of a shock. Her Telegraph column was a diary of her daily screw-ups; she lived in a series of squalid shoe boxes; and her most meaningful relationship of the entire decade was with a Marlboro Light.

Here in the Sunday Times bestselling THE WRONG KNICKERS Bryony busts open the glamorized myth of what it means to be a young (perpetually) single girl about London town, and shares the horrible and hilarious truth. The truth about picking up a colleague at the STI clinic; sinking into debt to fund a varied diet of wine, crisps and vodka; and how it feels when your dream man turns out to be a one night stand who hands you someone else’s knickers in the morning.

In the 18 years that she has worked for the Telegraph, Bryony Gordon has become one of the paper’s best-loved writers. She is the author of the bestselling The Wrong Knickers plus The Sunday Times Number One bestseller Mad Girl which was nominated for a British Book Award. Her weekly column in the Sunday Telegraph has won her an army of fans who have followed her journey from single girl about town to – finally! – settled mum. Bryony is now 37 and lives in Nappy Valley (Clapham) with her daughter Edie and her husband, a financial journalist. The last sentence is one she never thought she would see written down on paper.