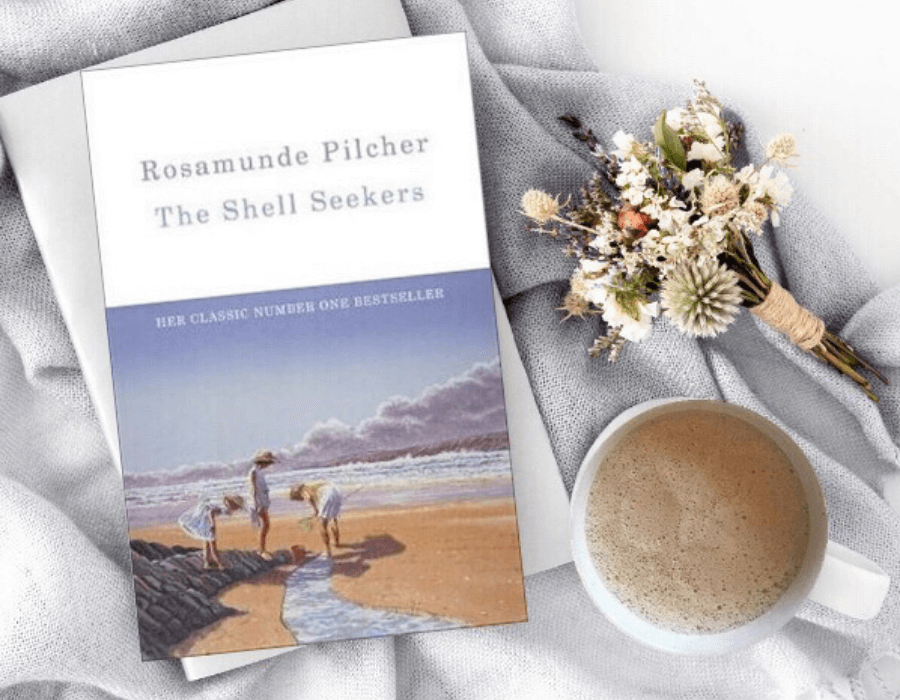 I was at the supper table with my mum and step-dad, going through The BBC Big Reads, when my mum recommended Rosamunde Pilcher’s The Shell Seekers, insisting I would enjoy it. I looked it up on Amazon but was immediately put off by the dated front cover which resembled something like a Mills & Boon novel.

Thus it wasn’t until a couple of months later when I was trawling the shelves of a charity shop in nearby Wallingford with my big sister Claire, that I came across it again, and, having just finished a book, I bought it, despite my aforementioned thoughts about its front cover.

The Shell Seekers is a rare kind of book – published in 1987, this beautifully written family saga has a nostalgic temperament that draws you in, regardless of your age. Spanning two time frames and set against wonderfully British backdrops of Cornwall’s beautiful beaches, bustling London and the solitude of the Cotswolds, the novel follows Penelope Keeling from childhood to the present day as a woman in her sixties with grown up children. The houses in which much of the book is set; her childhood home in Cornwall, Podmore Thatch, the bohemian Oakley Street in London and finally Carn Cottage in Gloucester, form the heart of the book, with Agas, dinner parties and bottles of wine creating a homely and traditional tone that is prominent throughout the text.

With its simple premise and personable characters, this is a truly heart-warming book that has the ability to appeal to a wide spectrum of readers. The 600 pages fly by and the bittersweet conclusion is as flawless as the rest of the novel. To me, The Shell Seekers is the perfect escape; it transports you to days gone by and is the the ideal companion to a weekend in the country with log fires and cups of tea a-plenty.

About The Shell Seekers

At the end of a long and useful life, Penelope Keeling’s prized possession is The Shell Seekers, painted by her father, and symbolizing her unconventional life, from bohemian childhood to wartime romance. When her grown children learn their grandfather’s work is now worth a fortune, each has an idea as to what Penelope should do. But as she recalls the passions, tragedies, and secrets of her life, she knows there is only one answer…and it lies in her heart.

Rosamunde Pilcher has had a long and distinguished career as a novelist and short story writer, but it was her phenomenally successful novel, The Shell Seekers, that captured the hearts of all who read it, and won her international recognition as one of the best-loved story-tellers of our time. Her bestselling novels, SEPTEMBER and COMING HOME, were made into television films. WINTER SOLSTICE, her most recent bestseller, was also made into a television film. In 2002 she was awarded an O.B.E for services to literature. She lives near Dundee.

Buy The Shell Seekers on Amazon.