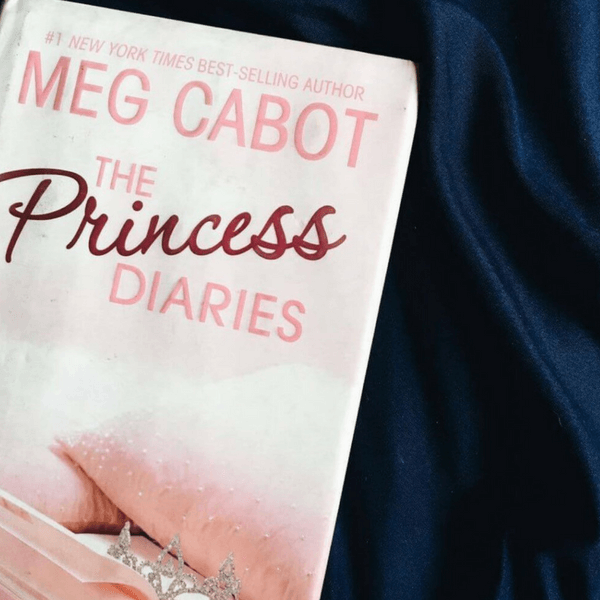 The Princess Diaries by Meg Cabot was ranked as number 99 in the nation’s best-loved books; quite a feat for a book that was only published three years prior to the poll taking place. The film is perhaps better known; staring Anne Hathaway and Julie Andrews it certainly would have been on the radar of many young girls at the turn of the century; it is, however, encouraging to know that the book has also been enjoyed by many.

Having grown up reading much young-adult fiction, from Judy Blume, Ann M Martin and Paula Danziger amongst others, reading The Princess Diaries was a slightly nostalgic experience. It reminded me of the trivial teenage angst we all go through; when flat chests and a lack of boyfriend can seem like an insurmountable tragedy at fourteen; though indeed such problems can still remain a decade on!

The Princess Diaries is the first in a series of epistolary novels in which we meet Mia Thermopolis, a fourteen-year-old girl living in a New York loft conversion with her artist mother. The tale immediately paints Mia as someone we can all relate to; her mother has just started dating her teacher and she’s flunking algebra – surely two of the worst things that can happen to a teenager in school. On top of this, she falls out with her best friend and the one guy she is madly in love with barely knows she exists; so far, so standard.  However, it is in the midst of all this angst that Mia discovers the biggest problem of all; her father is the Prince of Genovia, thus making her a Princess, and, consequentially an heir to the throne.

And while most young girls would be delighted to find out that they’re worth over £300 million, Mia doesn’t take the news well, particularly when she learns her French grandmother will be giving her ‘Princess lessons’ and that she’ll have to move to Genovia after graduating from school.

Humorous and charming, Meg Cabot cleverly depicts the rollercoaster of emotions that teenage girls encounter; the narrative is strong and the journal form in which its written adds a unique twist to the book. Despite the target market being young-adult, which I most certainly am not, if I ever have a reading gap I shall certainly indulge in the rest of the series and look forward to finding out exactly what comes of young Mia Thermopolis.

About The Princess Diaries

Mia Thermopolis is pretty sure there’s nothing worse than being a five-foot-nine, flat-chested freshman, who also happens to be flunking Algebra. Is she ever in for a surprise.

First Mom announces that she’s dating Mia’s Algebra teacher. Then Dad has to go and reveal that he is the crown prince of Genovia. And guess who still doesn’t have a date for the Cultural Diversity Dance?

The Princess Diaries is the first book in the beloved, bestselling series that inspired the feature film starring Anne Hathaway and Julie Andrews.

Meg is also the author of many other bestselling novels, including Airhead, All American Girl, How To Be Popular, Jinx, Teen Idol and The Mediator series.

She and her husband divide their time between Florida and Indiana.