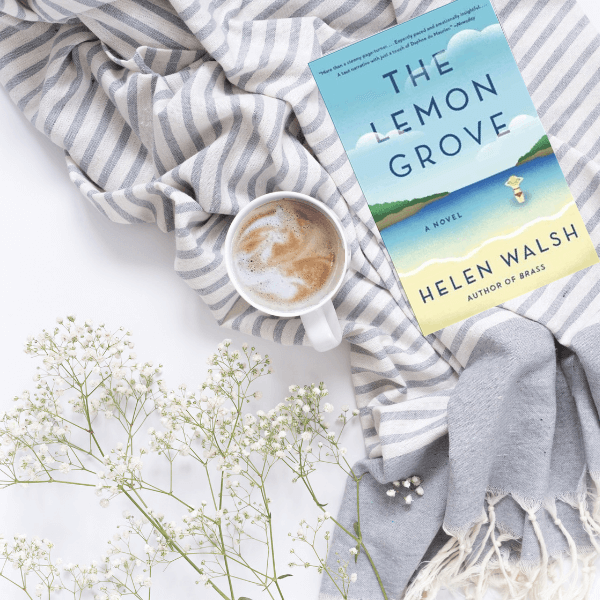 It’s a very rare occurrence that I read a book whose prose is quite so poetic, whose plot is quite so compelling, that the second I finish it I want to read it all over again. This happened with The Lemon Grove.

Written by Helen Walsh, whose controversial first novel Brass won the Betty Task Prize in 2005, The Lemon Grove is set on the rugged west coast of Mallorca, and will be published to a legion of fans in February 2014.

The novel takes place one hot summer in Deia, a small coastal village in Mallorca where forty-something Jenn and her husband Greg holiday each year. Having spent a week enjoying lazy afternoons by the villa’s pool, the dynamic is upset by the arrival of Jenn’s hormonal step-daughter Emma, and her sultry boyfriend Nathan.

As soon as they arrive there is a palpable frisson between Jenn and Nathan and the atmosphere is charged with passion, desire and obsession as the line between flirtation and liaison becomes dangerously blurred.

The mountainous Deia offers the perfect backdrop to this sultry, fast-paced tale about boundaries crossed, relationships jepordised and a family dynamic irrevocably changed. Beautifully written and hugely atmospheric, this is a rare gem of a novel whose tempting tones will stay with its reader long after the final page.

About The Lemon Grove

Set on the rugged, mountainous west coast of Mallorca, this taut, sultry, brilliantly paced novel is an urgent meditation on female desire, the vicissitudes of marriage and the allure of youth.

Taking place over the course of one week, The Lemon Grove lands in the heat of Deia, a village on an island off the southeast coast of Spain. Jenn and Greg are on their annual holiday to enjoy languorous, close afternoons by the pool, and relaxed dinners overlooking the rocks. But the equilibrium is upset by the arrival of their teenage daughter, Emma, and her boyfriend, Nathan. Jenn, in her early forties, loves her (older) husband and her (step)daughter and is content with her life, she thinks. But when this beautiful, reckless young man comes into her world, she is caught by a sexual compulsion that she’s seldom felt before. As the lines hotly blur between attraction, desire and obsession, Jenn’s world is thrown into tumult–by Nathan’s side, she could be young and carefree once again, and at this stage in her life, the promise of youth is every bit as seductive as the promise of passion. Jenn struggles between the conflicting pulls of resistance and release, and the events of the next few days have the potential to put lives in jeopardy as the players carry out their roles in this unstoppably sexy and unputdownable novel from a brilliant observer of the human condition.

HELEN WALSH was born in Warrington in 1977 and moved to Barcelona at the age of sixteen. Working as a fixer in the red light district, she saved enough money to put herself through language school. Burnt out and broke, she returned to England a year later and now works with socially excluded teenagers in North Liverpool.