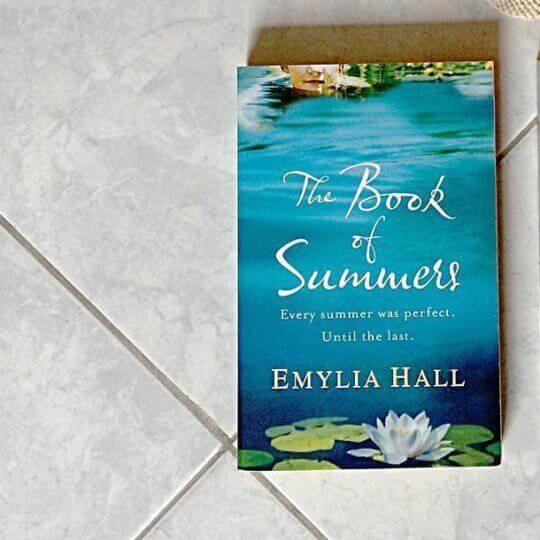 As a seasoned reader of books, I can usually tell as soon as I see one whether I’ll like it or not. And as I opened a package to find Emylia Hall’s debut novel The Book of Summers, I knew right away. Scrolled atop the turquoise cover: ‘Every Summer was perfect. Until the last,’; and the blurb; an extract from the book conveying hot Hungarian memories.

Set in both contemporary London and bygone rural Hungary, The Book of Summers is both evocative and hugely atmospheric with vividly painted characters, creating a truly beautiful and haunting read.

The novel starts in London, when thirty year-old Beth receives a package from her late mother’s partner, containing The Book of Summers, a scrapbook of snapshots lovingly created  over a period of seven years. As soon as the book begins, the reader is swept away by the wonderful imagery as Emylia expertly paints a tale of seven long, hot summers in Hungary, in which love, lies and loss play an intimate part. As with many of my favourite books, the setting of The Book of Summers is as integral a part of the tale as any of the central characters, and the place is so wonderfully painted by Hall that the readers is transported to the rugged Hungarian landscape of summers gone by.

And thus follows a kaleidoscope of bittersweet memories, as Beth revisits her childhood through a series of photos portraying her at different stages of her life; each with a different tale behind it.

A nostalgic coming of age illustration, The Book of Summers weaves an intriguing plot alongside the perfect depiction of adolescence. Emylia writes with a flawless narrative as she fuses heartbreak, regret and the power of secrets to produce a heart-wrenching tale of loss.

Poignant and utterly captivating, this beautiful debut will stay with you long after its ending.

About The Book of Summers

Inside is a letter informing her that her long-estranged mother has died, and a scrapbook Beth has never seen before. Entitled The Book of Summers, it’s stuffed with photographs and mementos complied by her mother to record the seven glorious childhood summers Beth spent in rural Hungary. It was a time when she trod the tightrope between separated parents and two very different countries; her bewitching but imperfect Hungarian mother and her gentle, reticent English father; the dazzling house of a Hungarian artist and an empty-feeling cottage in deepest Devon. And it was a time that came to the most brutal of ends the year Beth turned sixteen.

Since then, Beth hasn’t allowed herself to think about those years of her childhood. But the arrival of The Book of Summers brings the past tumbling back into the present; as vivid, painful and vital as ever.

Emylia Hall was born in 1978 and grew up in the Devon countryside. She is the author of The Book of Summers, which was a Richard & Judy Summer Book Club pick in 2012, A Heart Bent Out of Shape, The Sea Between Us and The Thousand Lights Hotel. She lives in Bristol with her husband, the writer Robin Etherington, and their young son.

5 comments on “Review: The Book of Summers – Emylia Hall”