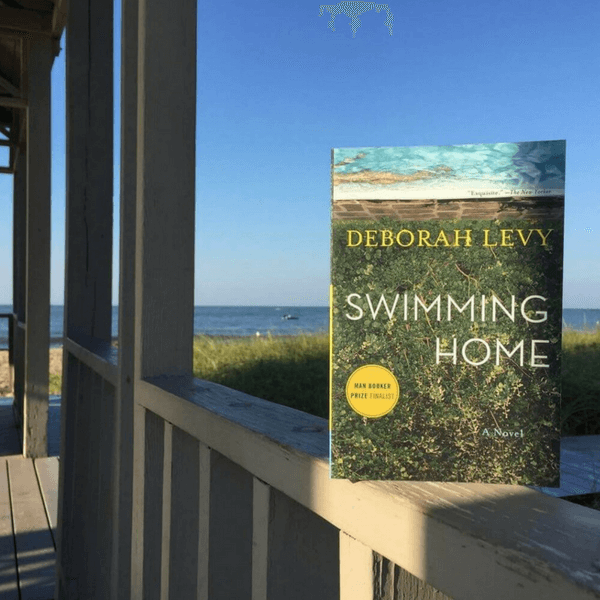 Having recently read The Unlikely Pilgrimage of Harold Fry, which was long-listed for the Man Booker Prize, I wanted to read one of the novels that had been shortlisted, and enticed by its blurb, I decided to read Swimming Home, by playwright, poet and novelist Deborah Levy.

It tells the story of poet Joe Jacobs who, while on holiday in the south of France with his wife, daughter and another couple with whom they’re friends, discovers Kitty Finch, floating naked in their villa’s pool. At first passed off as an honest mistake; Kitty regularly stays at the villa and she attributes her actions to having the dates mixed up, it soon becomes apparent that she has a somewhat unhealthy infatuation with the poet and his work.

Dealing with issues of both depression and desire, Swimming Home is a compulsive, addictive read with a unique lyrical prose that lends itself well to the setting of sun-drenched afternoons in southern France. Levy’s evocation of this setting contrasts brilliantly against the often dark and disturbing plot that is laced with intricate characters. The novel spans a week, and the controlled, hypnotic style in which it’s written allows images and ideas to echo and resonate within this time frame.

I found Swimming Home a compelling page turner, indeed, I began it yesterday and finished it in the early hours of this morning during a bout of insomnia. Short yet dense, this delicate novel is a tense and edgy read whose poignant ending leaves its readers unnerved.

Swimming Home is a subversive page-turner, a merciless gaze at the insidious harm that depression can have on apparently stable, well-turned-out people. Set in a summer villa, the story is tautly structured, taking place over a single week in which a group of beautiful, flawed tourists in the French Riviera come loose at the seams. Deborah Levy’s writing combines linguistic virtuosity, technical brilliance and a strong sense of what it means to be alive. Swimming Home represents a new direction for a major writer. In this book, the wildness and the danger are all the more powerful for resting just beneath the surface. With its deep psychology, biting humour and deceptively light surface, it wears its darkness lightly.

Deborah Levy is a British playwright, novelist and poet. She is the author of six novels: Beautiful Mutants (1986); Swallowing Geography (1993); The Unloved (1994); Billy & Girl (1996); Swimming Home (2011); and Hot Milk (2016). Swimming Home was shortlisted for the Man Booker Prize 2012 as well as the Jewish Quarterly Wingate Prize, and Hot Milk was shortlisted for the Man Booker Prize 2016 and the Goldsmiths Prize 2016. Deborah is also the author of a collection of short stories, Black Vodka (2013), which was shortlisted for the BBC International Short Story Award and the Frank O’Connor International Short Story Award. She has written for the Royal Shakespeare Company and the BBC.