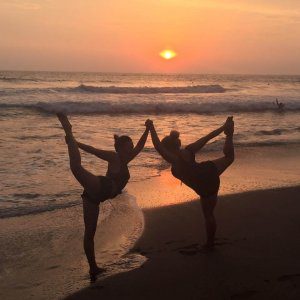 Towards the end of the yoga retreat, rumours were rife that a looming ash cloud was to affect a number of flights returning to Australia and New Zealand and it soon became clear that the majority of us were to be stranded in Bali. And thus followed a flurry of emails and calls to bosses and loved ones back home, as the group of seventy strong yogis dwindled into smaller groups before leaving Ananda Cottages and setting off to explore further shores of Bali.

Due to there being no room at the metaphorical inn where my group of friends from Bondi were staying, I found myself forming a group with four others – Ange, a fellow teacher trainer from Sydney; and three teacher trainers from New Zealand; Ben, a native Kiwi, Zach and Jess – both of whom hail from the states but are currently living in New Zealand.

We spent the first night post-retreat in central Ubud – which felt like a world away from the tranquility of Ananda Cottages. While our yoga retreat was set amongst serene hills and surrounded by the lush green of paddy fields, the heart of Ubud offers a lively hustle and bustle of activity in comparison. Known as the Balinese artistic hub, there’s an abundance of health food eateries, the famous Yoga Barn – whose teacher training and variety of classes attracts yogis the world over – and arts and craft a-plenty. 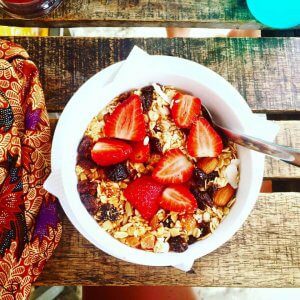 After a Sunday morning trip to the Yoga Barn, to partake in their famous ecstatic dance, the five of us packed our bags and headed to Canggu – a coastal village north of Kutar, with over 10km of beach that offers a relaxing atmosphere of dining, shopping and beach activities.  Having not had the foresight to book anywhere prior to our arrival, the five of us crammed into a small cafe with our suitcases and backpacks, where we managed to book a local villa that slept six and was available that night. The villa itself was beautiful – set within a private walled compound, complete with a pool and generous sun deck, it offered the perfect fusion of contemporary design and timeless Balinese architecture and was a short moped ride from Echo beach. Our days in Canggu passed in a haze of sunbathing, yoga, brunch at Crate Cafe – whose rainbow-coloured breakfast bowls taste every bit as good as they look – and somewhat interesting moped rides. Perhaps the most memorable evening was visiting Tanah Lot, a rock formation home to the pilgrimage temple Pura Tanah Lot whose sunset is quite breathtaking. Hues of purple, violet and lavender streaked the sky and a thick fog hung low across the looming waves. We drunk and bathed in the holy water before having a single Frangipani flower tucked behind our ears. Watching the sunset was a pretty incredible experience and one I certainly won’t forget.

Leaving Canggu was a sad affair as it meant saying goodbye to Ange, and so – one woman down – myself, Ben, Zach and Jess all left for Uluwatu on Thursday afternoon. Located on the south-western tip of the Bukit Peninsula, we joined a number of our friends from the retreat at Uluwatu Surf Villas – whose cliff-front views of the beaches offered amazing sunsets and a prime view of Uluwatu surf beach. Jess left the following day and when Zach and Ben decided to head back to Ubud on Friday morning, I decided to join them, wanting to spend as much time as I could with them both before I headed back to Sydney. I spent a final two nights with them in Ubud before booking myself on a flight home via KL after my third flight home with Jetstar was cancelled. 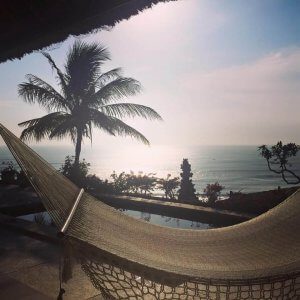 I never was very good at goodbyes but leaving Zach and Ben was harder that I had thought it would be. They’ve both got an incredible and contagious energy about them and are hands down two of the nicest boys I’ve ever met. The extra – and unexpected – week I spent in Bali reminded me of backpacking around India and Asia on my gap-year, where friendships are quick and intense and you live in a bubble removed from the normalities of reality. Saying goodbye to the boys was the beginning of the end, and a reminder that not only was my home was no longer London but that real life was waiting for me, just around the corner. Bali is oh so very beautiful, but it was made even more so by the four amazing people I was lucky enough to see it with. 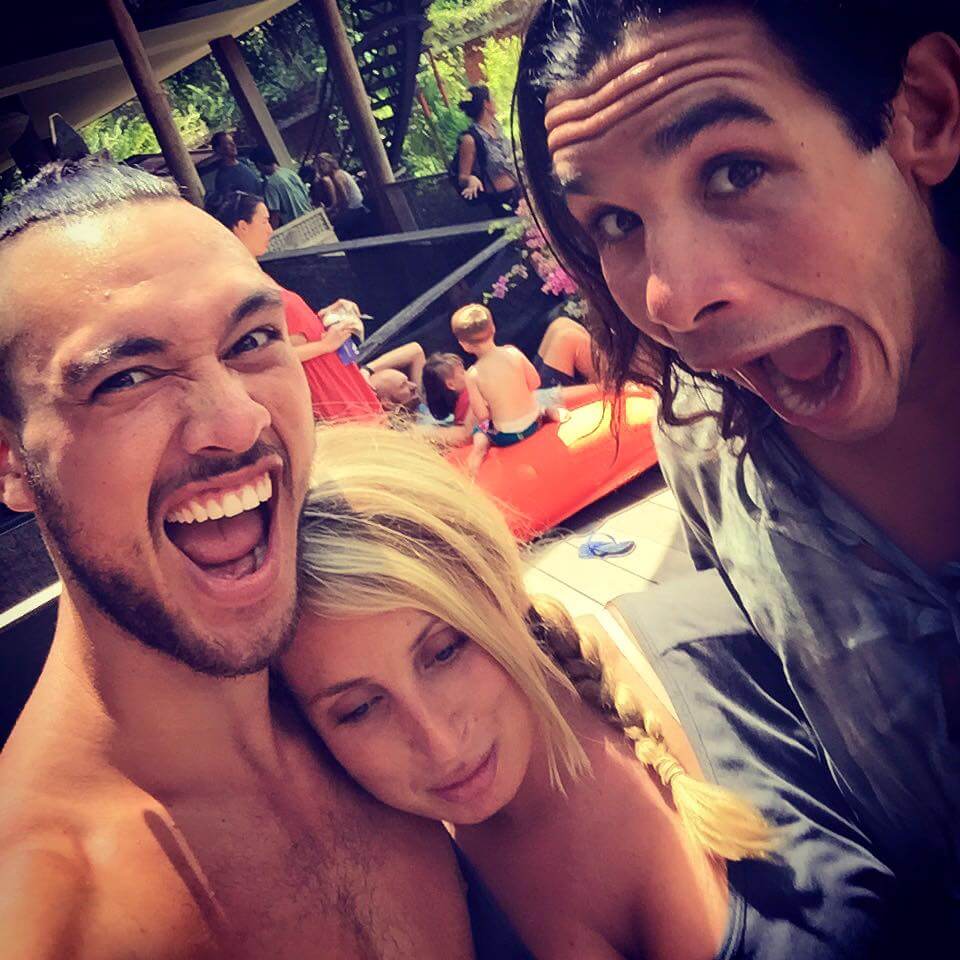