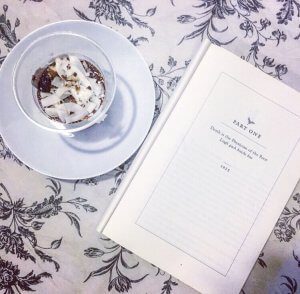 It was while I was working for the Baileys Women’s Prize for Fiction that I first came across Australian author Hannah Kent, whose debut novel Burial Rites was shortlisted for the award. As a book blogger, working on the prize was nothing short of a dream, and the shortlist readings – during which I was lucky enough to see the authors reading from their novels – was certainly one of my career highlights. And while Burial Rites didn’t go on to win the prize; Kent’s reimagining of  the life and death of Agnes Magnusdottir , the last woman to be executed in Iceland, was one that stayed with me long after the winner’s announcement.

Thus it was with some delight that I discovered Kent had published a new novel – The Good People – a year after I moved down under.  And so, despite a towering pile of books yet to be read – many of which have been waiting much longer than Kent’s second novel – I spent a rare rainy day in Sydney curled up with her book.

Much like Burial Rites, Kent immediately sweeps her reader away to a different time and place. The Good People takes us to Ireland in the 19th century, a bleak and barren landscape where we meet Nóra Leahy, who’s lost her daughter and her husband in the same year, and is now burdened with the care of her four-year-old grandson, Micheál. After hiring a fourteen year-old servant girl, Mary, to help care for her grandson, Nóra turns to Nance Roche, a local woman with ‘the knowledge’ who tells Nora he is likely a changeling: she knows how to bring back Nora’s grandson and banish this unwanted fairy.

RELATED:  My January picks for The Curio Collection

What follows is a page turning tale of prejudice and betrayal that readers will want to devour in one go. Beautifully written, atmospheric and evocative, The Good People will leave readers eagerly awaiting Kent’s next literary offering.