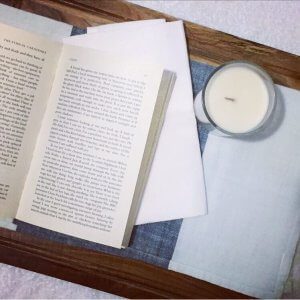 I’ve never been a big meat eater. I was quite a picky eater as a child – particularly when it came to animals – and no doubt used to be quite a challenge to feed for anyone who wasn’t aware of my peculiar preferences. I’d eat sausages but not pork or bacon, mince – so long as it was either in a lasagne or bolognese – but neither steak nor beef, chicken – so long as it wasn’t on the bone; lamb I stayed away from.

As I’ve grown older however – perhaps in part due to the embarrassment of listing said idiosyncrasies – I’ve become slightly less selective when it comes to the food I consume. I now enjoy a steak every now and then, and no longer ask my parents to cut the meat from the bone if I’m served a leg of chicken. And while I’ve toyed with the idea of going either vegetarian or pescetarian, I’ve thus far avoided making any kind of solid decision, instead sitting on the metaphoric fence when it comes to the ethics of eating meat.

Both informative and inspiring, as well as offering its readers a brilliant insight into British traditions and the countryside we’re so famous for, The Ethical Carnivore is a thoroughly interesting book that offers its readers a behind-the-scenes look at exactly how our meat is made. And while many might expect such a book to be a loose guise at critiquing the slaughter of animals purely for our own pleasure, Gray – while unflinchingly honest throughout – instills in her readers a deep respect for the ancient practise of killing to eat. Instead of condemning meat-eaters, Gray simply talks to the importance of knowing where our food comes from, rather than buying blind.

RELATED:  Review: The Best of Us - Joyce Maynard

A brave book that will no doubt generate mixed reviews due to its controversial content in a time when veganism is on the rise worldwide, The Ethical Carnivore is a must-read for herbivores and meat-lovers alike.