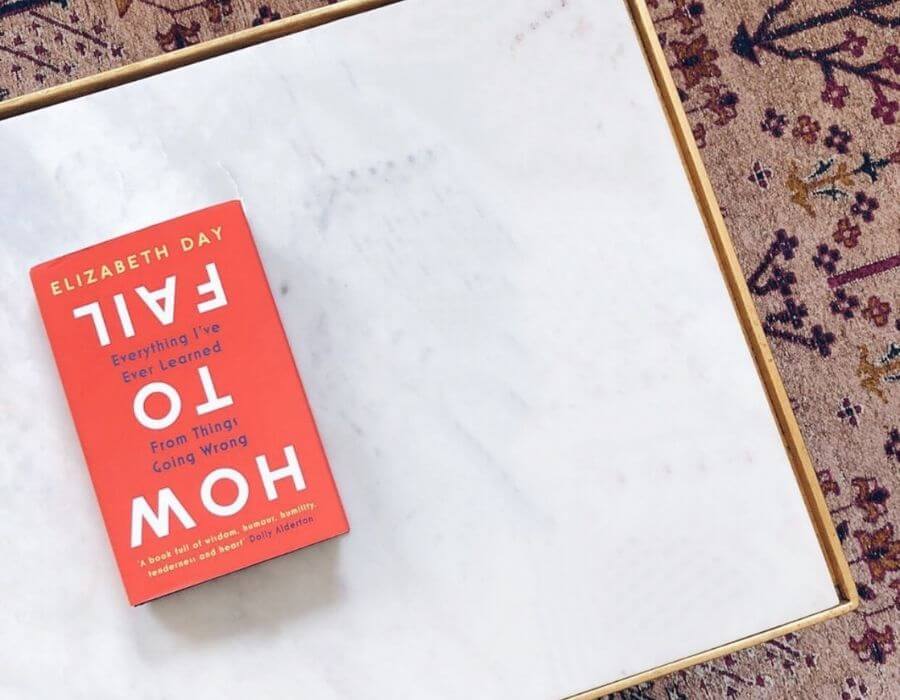 According to an earlier blog post of mine, I first came across author, journalist and podcaster Elizabeth Day when I read about the acquisition of her forthcoming book, How to Fail, in The Bookseller. In the wake of reading said article about her soon-to-be-released book, I swiftly subscribed to her much-loved podcast, How to Fail with Elizabeth Day, and immediately adored Day’s warm approach to talking about all things failure with her wide-ranging array of guests.

Having had a rather tumultuous few months of late, in which I have felt like I’ve failed on something of an epic scale, arriving back in the UK to a signed copy of Day’s book couldn’t have come at a better time. And thus, while I had planned on working my way through the suitcase full of books I had packed for my trip home, all other reading matter was pushed aside to make way for Day’s part memoir, part manifesto on failure.

A book that I found impossible to put down from the moment I started it, despite a bike ride, blow dry and boozy brunch, so much did I love How to Fail, that I managed to read it in its entirety in less than a day.

Covering everything from relationships and careers, to friendships and families, Day writes both openly and eloquently about her own perceived failures, and how they have shaped her for the better.  Full of inspiring anecdotes and advice, and Day’s signature wit and warmth, How to Fail is a must-read for absolutely everyone, and one of the most affirming books I’ve ever read.

To end this review, I want to leave you with my favourite quote from How to Fail, which came from Day’s father: ‘Adventures do by definition involve risk, but not having an adventure means missing out on life, a far greater risk.’

About How to Fail

Part memoir, part manifesto, and including chapters on dating, work, sport, babies, families, anger and friendship, it is based on the simple premise that understanding why we fail ultimately makes us stronger. It’s a book about learning from our mistakes and about not being afraid.

Uplifting, inspiring and rich in stories from Elizabeth’s own life, How to Fail reveals that failure is not what defines us; rather it is how we respond to it that shapes us as individuals.

Elizabeth Day is the author of four novels. Her acclaimed debut Scissors, Paper, Stone won a Betty Trask Award and Home Fires was an Observer book of the year. Her third, Paradise City, was named one of the best novels of 2015 in the Evening Standard, and The Party was an Amazon bestseller and a Richard & Judy bookclub pick. She is also an award-winning journalist and has written extensively for The Times, the Telegraph, the Guardian, the Observer, Harper’s Bazaar and Elle. She is currently a columnist for the Mail on Sunday‘s You magazine and host of the iTunes chart-topping podcast, How To Fail With Elizabeth Day.