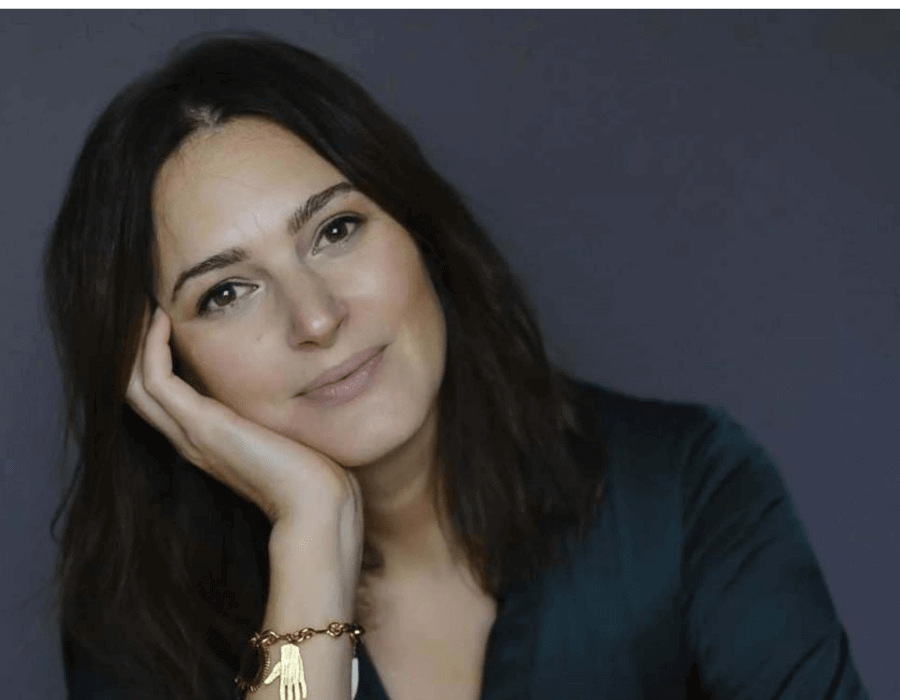 I first came across Elizabeth Day when I read that 4th Estate had acquired her first non-fiction book, How to Fail: The Art of Succeeding Better, based on her successful podcast series which explores the benefits of failure. I have since devoured every episode of How To Fail, in which Day has interviewed everyone from Sebastian Faulks to Olivia Laing in which they discuss how their failures taught them about how to succeed better. As an award winning journalist and author of four books, her latest novel, The Party, is an Observer Book of the Year, and I was thus thrilled when she agreed to share her Desert Island Books with me. A stunning selection of both contemporary and classic tomes, read on for some of the finest fiction recommendations around…

And if you’d like to meet Elizabeth Day in person, you might just be in luck. On 19th July, the award-winning author, journalist and podcaster, will be hosting afternoon tea at Cliveden House to talk about her novels, her career in newspapers and her latest book, How To Fail: Everything I’ve Ever Learned From Things Going Wrong. Part memoir, part manifesto, and with chapters on relationships, work, dating, friendship and success. A quintessentially British event at one of the UK’s most luxurious literary houses, book your tickets here.

The Neapolitan Quartet by Elena Ferrante

Eleana Ferrante writes with such blazing intelligence and indignation about what it means to be a woman that this quartet was, for me, a revelation. The four novels, which start with My Brilliant Friend, chart the course of a best friendship between two women Lina and Lenu, who grow up in the patriarchal confines of 1950s Naples. The details of their entwined life are minutely observed and rendered: from a shared childhood in an impoverished neighbourhood, through to adulthood with its passionate love affairs, burgeoning careers and complex family struggles. The intensity of the friendship is played out against a backdrop of crime and political corruption.  Ferrante’s point is that the personal can never really be separated from the political.

Platonic female intimacy is not often explored in great novels, but Ferrante took the archetype of classic literature and applied it to this overlooked area of human experience. Her writing lies beyond stereotypical notions of what it is to be a ‘male’ or ‘female’ writer. It just is. And it’s brilliant because of it. 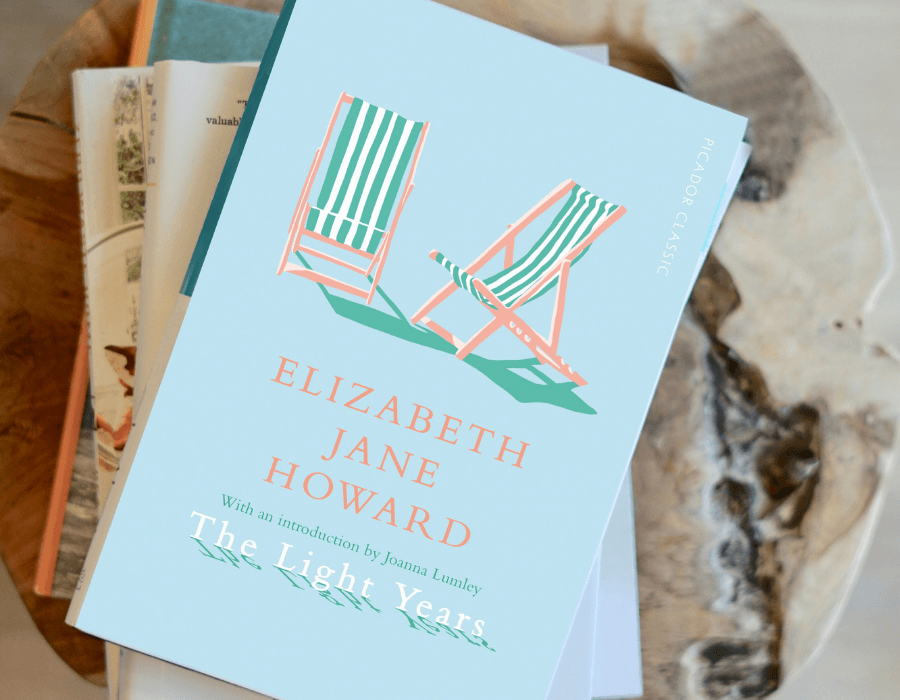 Elizabeth Jane Howard was a huge influence for me – and I was lucky enough to meet her before she died in 2014. The Cazalet Chronicles consist of five novels, spanning two decades in the life of one, sprawling family from the eve of the Second World War. Like Ferrante, Howard’s fictional sphere is domestic and yet reveals deeper truths about human nature. Her characters leap from the page like living, breathing people and her acutest insights are reserved for what makes us flawed yet lovable. She is the most amazing story-teller because she makes you care.

When I wrote my debut novel, Scissors Paper Stone, I re-read Howard to see how she did it and appreciated for the first time how brilliant she was at the technical craft of writing. Her shifts between tenses and points-of-view are so smoothly done, you move effortlessly from the thoughts of one character to another. That’s very hard to do without it seeming clunky, trust me!

Anne Tyler is a novelist who has elevated the pitch-perfect observation of everyday detail into an art form. There are moments in her Pulitzer Prize-winning 1988 novel, Breathing Lessons, where her prose is so unassuming, so exact in the placement of each word, that it’s easy to let it glide over you like an overheard conversation, failing to realise quite how brilliantly it is executed.

Breathing Lessons tells the story of Maggie Moran and her husband, Ira, who are driving from Baltimore to Pennsylvania, for a funeral. On the journey, the marriage is gradually laid bare.

Tyler focuses on the mundane, on the tiny details of ordered lives lived on the brink of disruption, on the tensions between what is said and what is meant. She chooses subtlety over grandeur; she thinks in minuscule rather than capital letters. She is also very funny.

It’s criminal, I think, that Tyler has never received the public acclamation she deserves. She is not spoken of in the same breath as those other great chroniclers of the American diaspora, men such as Philip Roth or John Updike. Yet her novels are, in their own measured, empathetic way, equally dazzling.

The Weather in the Streets by Rosamond Lehmann

The Weather in the Streets is a modern novel, with quintessentially modern themes, that just so happens to have been written in 1936.

The protagonist, Olivia Curtis, is in her 20s, divorced, and about to embark on an affair with a married man. She exists as an observer on the margins – in between classes, marriages and social circles – and what I love about this book is that despite her frequently unlikeable actions, Olivia never once loses our sympathy.

This is because of Lehmann’s astonishing assurance: she glides from first to third person, often in the space of a single paragraph, so that the reader has the curious experience of being both within Olivia’s mind and simultaneously outside it. At points, her prose reads more like poetry. The colliding time-frames, the arresting imagery and the stream-of-consciousness passages are all distinctly modernist in flavour.

Yet Lehmann doesn’t forget plot. She is an adept social satirist and her authorial eye is alive to every single detail and nuance of the dialogue. She’s funny in one breath, profound in the next. Like Olivia, she defies easy categorisation. 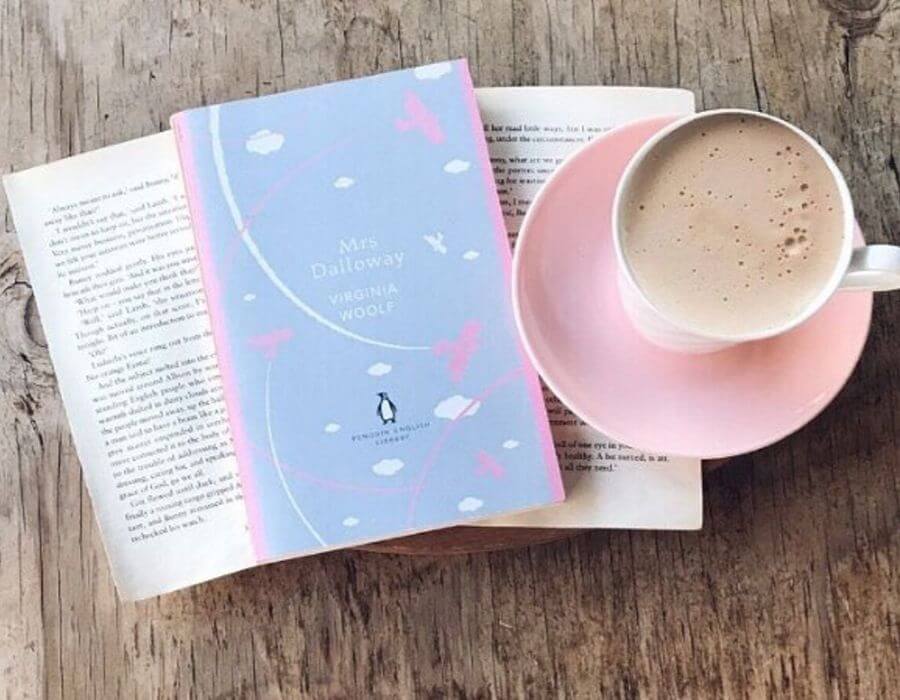 I hadn’t read Mrs Dalloway until a good friend of mine told me that my second novel, Home Fires, reminded her of it. I then picked up a copy and was bowled over by the similarities – not in prose (alas!) but in content. Both Woolf and I were interested in exploring the legacy of post-traumatic stress in First World War veterans. Woolf does so in a breathtaking narrative tour-de-force: like James Joyce’s Ulysses, the novel takes place over the course of a single day in 1923.

Mrs Dalloway follows the upper-middle-class London socialite Clarissa Dalloway as she makes last-minute preparations for an evening gathering. Woolf’s stream-of-consciousness flashes back and forth to touch on her protagonist’s depression and troubled past. Shadowing this story is the tale of Septimus Smith, a veteran suffering from shell-shock. The home front is thus inextricably entwined with the front line, and Woolf explores the dynamics of battles fought in both domestic and global spheres. At its core, the novel asks how to connect in a disjointed world, a preoccupation that fascinates me still.

Bonfire of the Vanities by Tom Wolfe

Viewed by many as the quintessential New York novel, I love Bonfire of the Vanities (1987) for its  buzzing, booming, narrative power. It is a perfect example of Wolfe’s “New Journalism”: a fictional style exemplified by fast-paced scenes and dialogue, incorporating sharply-observed detail about people’s appearance, clothes, possessions as indices of their class, character and status.

Bonfire of the Vanities skewered a vast cross-section of New York society – from egomaniacal Wall Street millionaires to gladhanding street politicians – painting a vivid picture of a city declining inexorably into racial conflict, crime and greed.

A Fine Balance by Rohinton Mistry

Mistry has been compared to Dickens with good reason: he is masterful at handling a sprawling cast of engaging characters and he, too, is adept at conveying the compassionate sweep of a teeming city. This magnificent 1995 novel captures all the corruption, dignity and heroism in 1970s Bombay at the time of Indira Gandhi’s declaration of the State of Emergency. The political turmoil at play is vividly portrayed through the lives of four disenfranchised characters, including two “Untouchable” tailors whose efforts to escape the terrible limitations of the caste system have brought them to the city, in search of a better life.

The “fine balance” of the title refers both to the frail equilibrium that the main characters are able to maintain with each other and to the wider sense of a society struggling to hold itself together in extreme circumstances. As such, Mistry’s Booker-shortlisted novel celebrates the infinite small human connections that knit together to form something far greater. 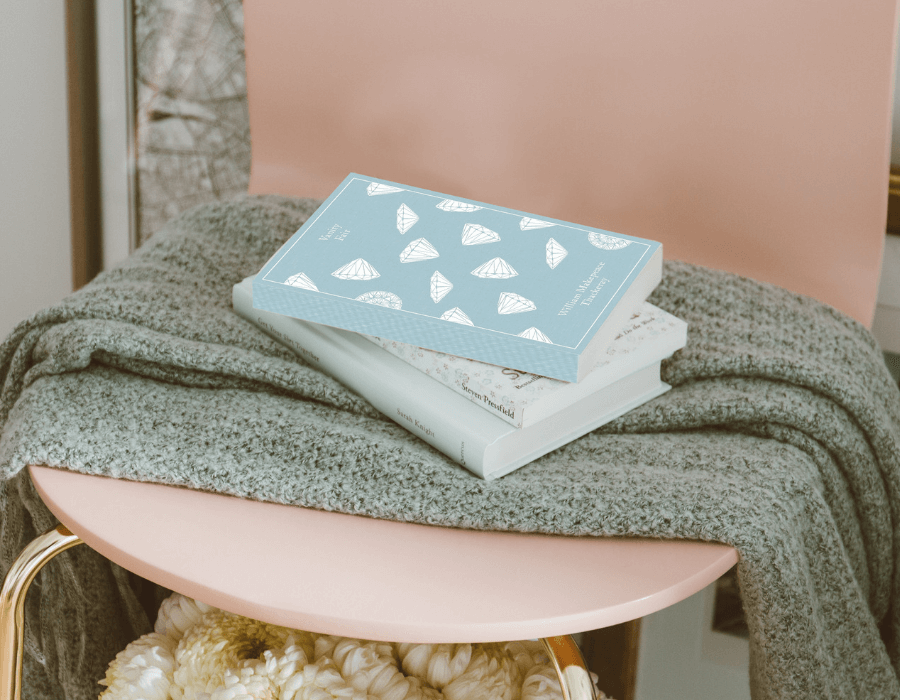 Thackeray is a master of the panoramic novel and Vanity Fair encompasses all that I cherish about his psychological insight, social commentary and precisely targeted wit. He is also that rare thing: a male novelist who can write convincingly and without judgement of complicated women. His protagonist, Becky Sharp, is one of the great fictional heroines: ambitious, wily, clever and utterly irresistible to the extent that you can’t help but root for her.