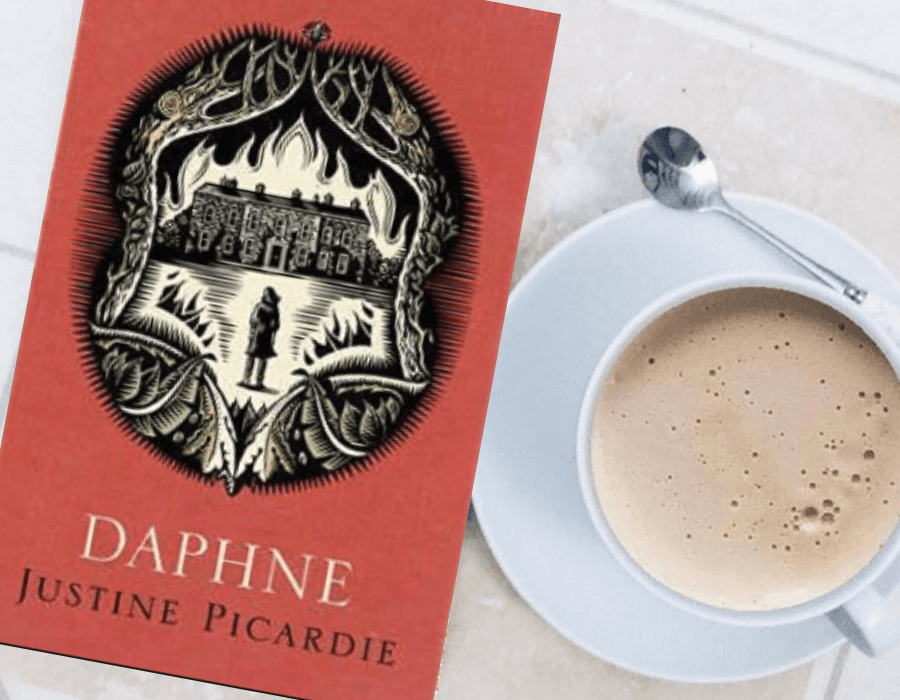 I’ve had a mild fascination with Daphne Du Maurier ever since I first read Rebecca almost a decade ago. The book that birthed this very blog, it was Du Maurier’s haunting tale centred around a nameless narrator and a gothic Cornish house that inspired me to read the BBC Top 100 books in their entirety. In the years that have since passed, I have read – and loved – many a Du Maurier novel, from Don’t Look Now to The Scapegoat and beyond. She’s one of the few authors I adore whose back collection I’m deliberately taking my time to read, due in part to the fact that once I’ve read it no more titles will be added.

It was said fascination with Du Maurier that meant coming across Daphne by Justine Picardie, while staying in a former miner’s cottage in a spa town just outside of Melbourne, was something of a serendipitous treat. And with no plans ahead for the rest of the day, and a cosy library complete with leather club chairs to cosy up in, I spent an idyllic and idle afternoon, doing just that.

Cleverly woven between two time zones – modern day London and 1950s Cornwall – Daphne is a wonderfully told story, rich in escapism and prose, with a subtle gothic undertone throughout. The tale tells three connected stories: Du Maurier’s as she researches the life of the alcoholic, doomed Branwell Bronte – brother of the famous sisters; Alex Symington, a historian specialising in the Bronte family who fell into disgrace after stealing several manuscripts from the Bronte Parsonage and Museum; and a modern-day PHD student, whose marriage to an older man is threatened by the lingering presence of his ex-wife, Rachel, as the unnamed character researches the correspondence between Daphne and Symington, hoping to unearth a literary scandal and mystery.

Each of the characters have a number of woes with which to deal during the tale; Du Maurier’s is trying to put aside her husband’s illness and illicit affair to concentrate on her writing, Symington faces mounting bills and a reputation in ruins, while echoes of Rebecca plague the PHD student’s life as she deals with a disinterested husband and ever-present ex wife.

Evocative, atmospheric and pacy in parts, Daphne is a compelling tale and thoroughly enjoyable read, perfect for fans of gothic literature or an avid interest in a manuscript mystery. I defy anyone to finish it without wanting to dig out an old classic penned by Du Maurier or one of the Brontë sisters, before further losing themselves in the wonderful literary world of old.

A haunting novel that illuminates the true story of Daphne du Maurier’s fascination with the Brontës: a tale of madness, theft, romance, and literary archaeology.

Drawing on Justine Picardie’s own extensive research into Daphne du Maurier’s obsession with the Brontës and the scandal that has haunted the Brontë estate, Daphne is a marvelous story of literary fascination and possession; of stolen manuscripts and forged signatures; of love lost and love found; of the way into imaginary worlds, and the way out again. Written in three entwined parts, the novel follows Daphne du Maurier herself, the beautiful, tomboyish, passionate author of the enormously popular Gothic novel Rebecca, at fifty and on the verge of madness; John Alexander Symington, eminent editor and curator of the Brontës’ manuscripts, who by 1957 had been dismissed from the Brontë Parsonage Museum in disgrace, and who became Daphne’s correspondent; and a nameless modern researcher on the trail of Daphne, Rebecca, Alexander Symington, and the Brontës. Haunting and gorgeously written, Daphne is a breathtaking novel that finally tells, in the most imaginative of ways, what Brontë biographer Juliet Barker has called “the last great untold Brontë story—and perhaps the most intriguing.”

Justine Picardie is the author of four books, including her critically acclaimed memoir If the Spirit Moves You and her most recent novel, Daphne. The former features director of British Vogue and editor of the Observer magazine, she is currently a fashion columnist for the Sunday Telegraph, and also writes for several other newspapers and magazines, including Harper’s Bazaar and the Times of London. She lives in London with her two sons.