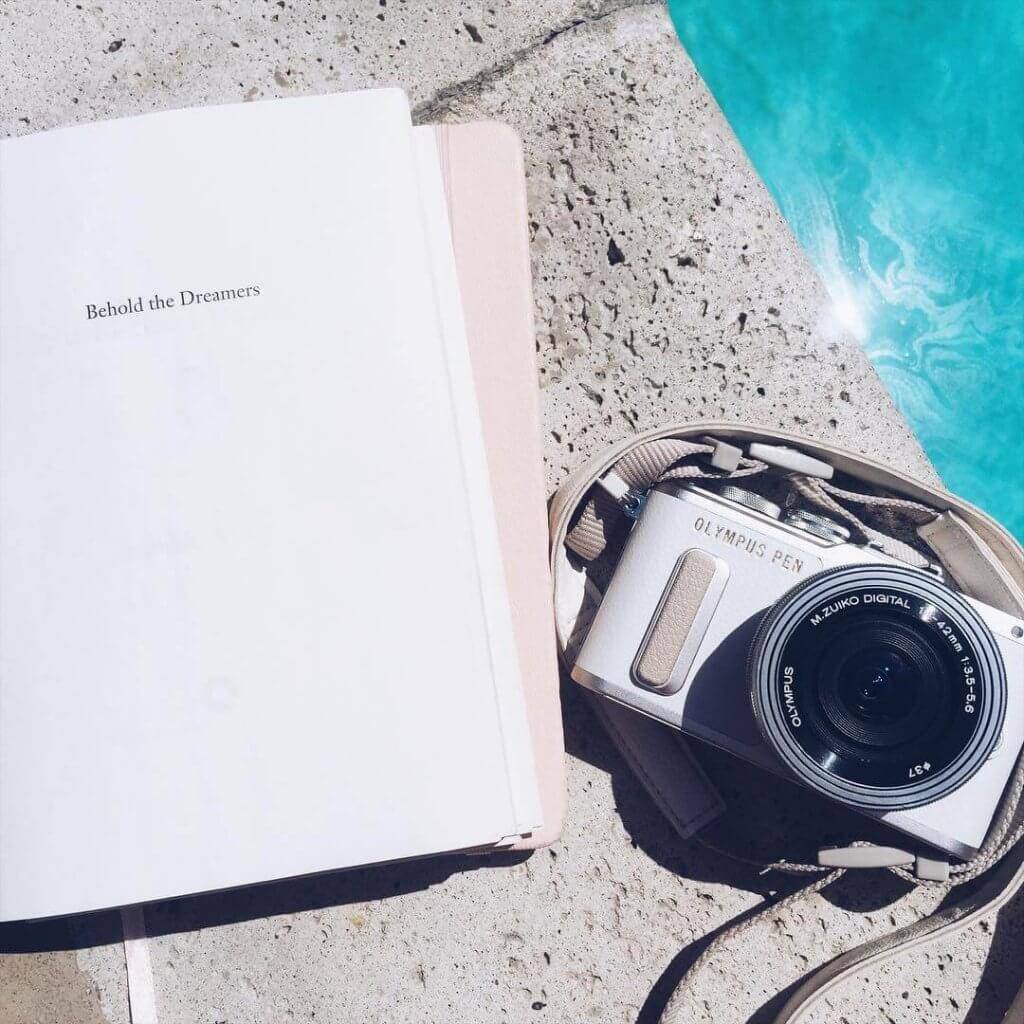 Prior to moving to LA I decided to deidcate the reading time I had while residing in California to nothing but American Lit. The rules around what constituted as falling under said category were fairly loose – as long as it was either written by an American, or set in America it could make my ever-growing reading pile. And while, by the time I landed in LA my pile of books was ten tomes deep, I couldn’t help but add Behold The Dreamers to it when I stumbled across beachfront bookstore Small World Books while meandering along Venice Beach’s colourful boulevard.

I’d not heard of Behold The Dreamers prior to coming across it when browsing the shelves of the bookstore, but as soon as I read the blurb I was sold, and soon after began Imbole Mbue’s debut novel. The tale follows Cameroonian immigrants Jende Jonga and his wife Neni, who are drawn into the family of wealthy banker Clark Edwards in the midst of America’s financial crisis.

There were a number of reasons this stunning debut resonated so deeply with me. Much of the novel is focused on chasing a dream and the consequential visa complications that the Jonga family face – something I have become all too familiar with this past year via my ongoing visa strife that has stopped me thus far from settling in Australia. And having read Behold The Dreamers just two weeks after moving to LA – a place so synonymous with the American dream; where the hope and the hustle is almost tangible – both the book and the characters that lay therein spoke to me in a way they perhaps wouldn’t have done, were I to be reading from the comfort of my flat in Bondi.

A powerful book that explores themes of immigration, race and class and the agony and the anguish that comes with uprooting one’s life in the hope of a better one, Behold The Dreamers is a beautiful and poignant tale with rich prose and characters that tells the ultimate story about sacrifice and surrender.