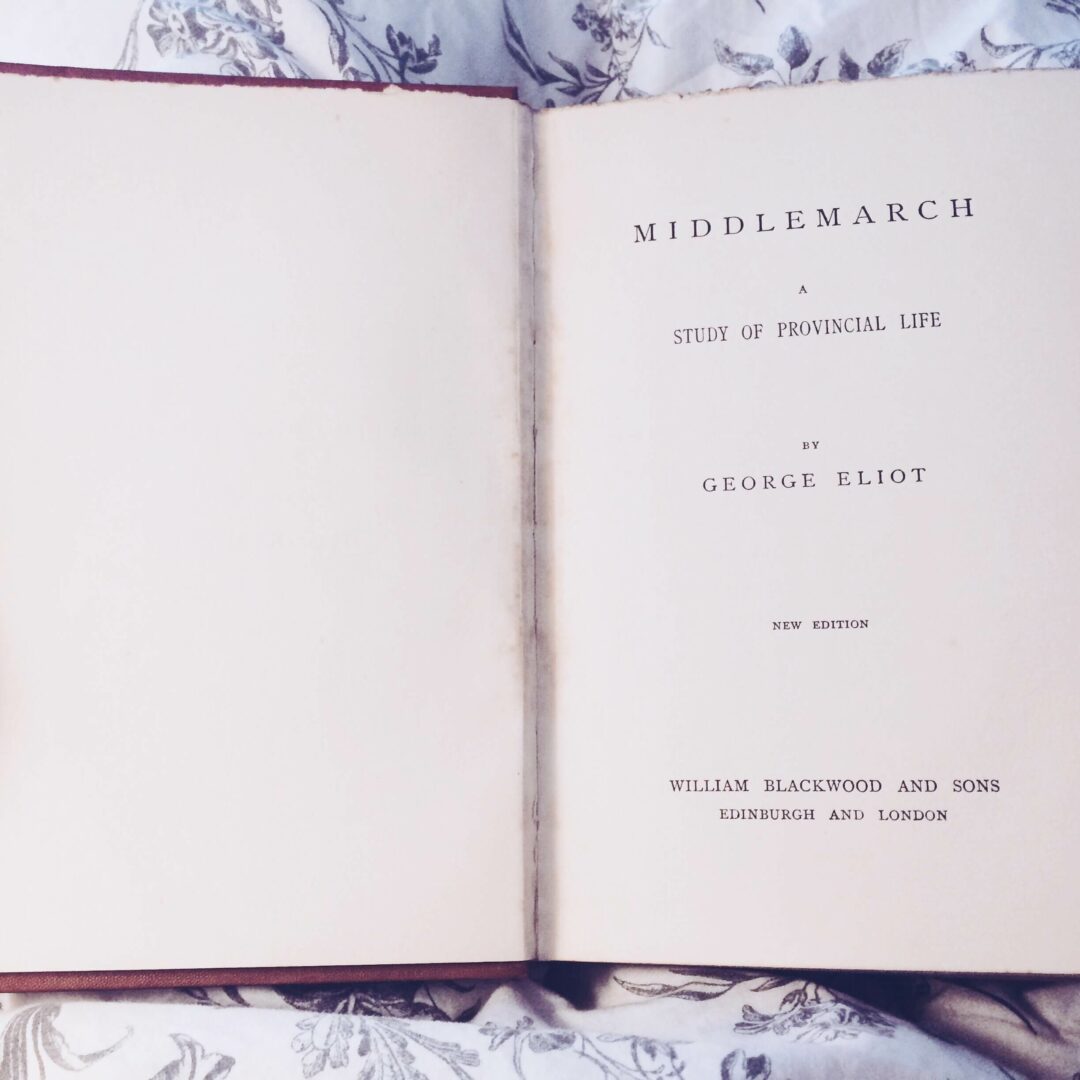 Middlemarch has been recommended to me by a number of people over the years. First and foremost; my relentless, wonderful English teacher at Henley College – Maureen Lenehan – whose enthusiasm about George Eliot’s best-known novel I still remember with absolute clarity a decade on.

Years later, on one of The Arvon Foundation’s writing courses three years ago, a fellow attendee and former head teacher Alistair listed it as one of his favourite novels, as did one of my favourite authors, Emylia Hall. Thus when on a day trip to Oxford, visiting my friend Rachel, and I happened upon a second hand bookshop down one of the city’s cobbled streets selling a rather vintage edition of Middlemarch, I decided it was high time I purchased a copy.

Thought of by many as one of the greatest books ever written, Middlemarch was first published as a series of instalments between 1871-72 by Mary Ann Evans under the pen name George Eliot – a decision made, she said, to ensure her works were taken seriously. Set in the fictitious Midlands town of Middlemarch, George Eliot’s best-loved novel interweaves a number of different plots alongside a complex cast of characters.

Amongst other storylines is that of Dorothea Brookes – a young woman who enters into an ill-advised marriage to a man many years her senior; young physician Mr Lydgate who becomes thwarted by debt incurred by his wife; and Fred Vincy, who, despite his father’s wishes for him to enter the church, sets about finding his own way in life.

A complex story with subtle yet sympathetic characters, Middlemarch is essentially an observation of marriage and the intricacies that lie therein. A wonderful, heart-warming novel at its core, it’s unsurprisingly that over a century after first publication it continues to resonate with readers the world over.