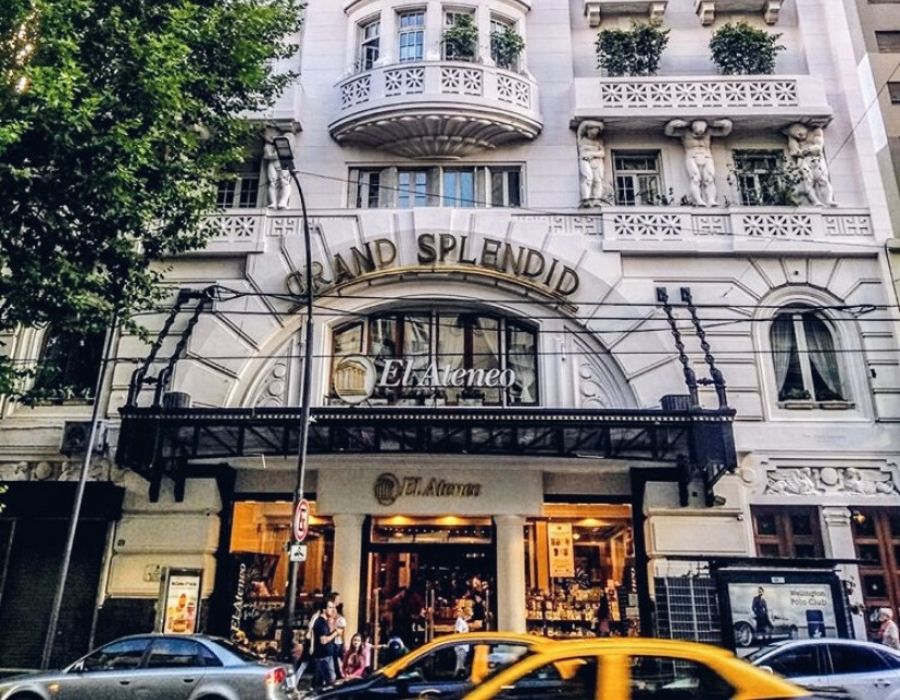 I have always been a lover of books, libraries and bookstores. There’s just something so splendid and magical about the musty smell that seems to be ingrained in the pages of books. I’m drawn into bookstores everywhere I see them.

Years ago, I had read an article that detailed the most amazing bookstores around the world and the El Ateneo Grand Splendid bookstore was high on the list. Never did I ever think that I would be fortunate enough to stand in any one of those buildings.

Buenos Aires is such a vibrant and beautiful city. The El Ateneo Grand Splendid bookstore is situated in the Buenos Aires suburb of Recoleta. Not only is Recoleta the home of this amazing bookstore, there are other famous historical attractions, such as the Recoleta Cemetery. It’s also a short walk to other places such as the Teatro Colon and General San Martin Plaza.

The building that houses the bookstore wasn’t always used as a bookstore. It was designed by architects Peró and Torres Armengol, and it was opened in 1919. Originally the grand building was used as a theatre. Later, the theatre would be transformed into a cinema. Eventually in the year 2000, the theatre was converted into the bookstore that we know it as today and has been a tourist attraction in Buenos Aires ever since.

The bookstore is home to around 120,000 books over multiple floors of the building. The existing balconies have also been turned into bookshelves. The books are mostly in Spanish and cover a wide range of topics. Additionally, there is a café where the stage used to be. A key feature of the theatre is its domed ceiling, that has frescoes painted by Nazareno Orlandi from Italy.

I visited Buenos Aires for five days and El Ateneo Grand Splendid was the very first place I went. I was making my way to Tetro Colon to participate in a walking tour of Recoleta when I saw the building right in front of me. I wasn’t expecting to have my breath taken away, but that’s exactly what happened. I tried to be cool as I snapped a few photos of the outside, but I was so excited to be able to enter the building and see it all with my own eyes.

I entered the store and immediately wound my way up the staircase to the top floor so I could survey the main theatre hall from above. The view of the bookstore from the top floor is simply stunning, and I just wanted to keep looking at everything until I had absorbed it all.

After a few more people joined me up the top, I decided it was time to move on and let them have their moment. So, I made my way back down to the bottom floor to check out the books. I wound my way through the bookshelves in amazement. I browsed each shelf, but I don’t end up buying anything because I don’t want to add any weight to my suitcase. I regret this now, because how awesome would it be to say that you’ve bought a book from such an amazing bookshop such as the El Ateneo Grand Splendid?! I should have found my favourite book in its Spanish equivalent and bought it.

You can visit the El Ateneo Grand Splendid bookstore by yourself; it’s easy to find as it’s on one of the main streets in Recoleta. The nearest Subte station is Callao, just remember if you are travelling on the Subte to stay safe. Alternatively, there are many tours that visit the store. Whatever you do, make sure the El Ateneo Grand Splendid bookshop is on your itinerary when visiting Buenos Aires – you won’t be disappointed. 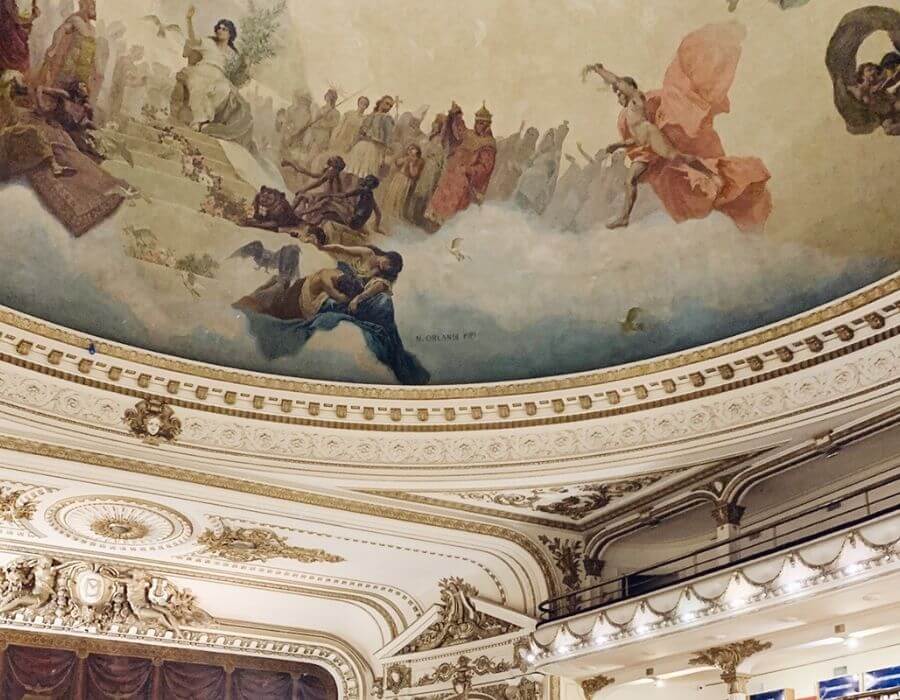 El Ateneo Grand Splendid is one of the biggest bookstores in South America and certainly the most luxurious. The Guardian placed it as the second most beautiful bookshop in the world. In 2019, it was named the “world’s most beautiful bookstore” by the National Geographic. Located in the ritzy Recoleta neighborhood, El Ateneo is as splendid as its name, and exudes Buenos Aires’s nostalgic elegance.  The building originally housed the theatre Teatro Grand Splendid, designed by architects Pero and Torres Armengol in 1919. After years of popular shows, including performances by the famous tango singers Carlos Gardel and Ignacio Corsini, the Grand Splendid was converted into a movie theater in the late ’20’s, featuring some of the first sound movies shown in Argentina.

Beth Jarrett is a travel blogger at Frugal Female Abroad where she writes about adventures for active travellers. Beth is an avid reader and loves nothing more than curling up with a hot cup of tea and book.