I’m really excited to be launching my series of Desert Island Books with the author of one of my favourite books of 2017 – The Diary of a Bookseller – Shaun Bythell. Find out below which eight books he’d take with him to a desert island and why, and be sure to pay a visit to his much loved and aptly named The BookShop in Wigtown, Scotland’s largest secondhand bookshop which boasts over a mile of shelving and 100,000 books. 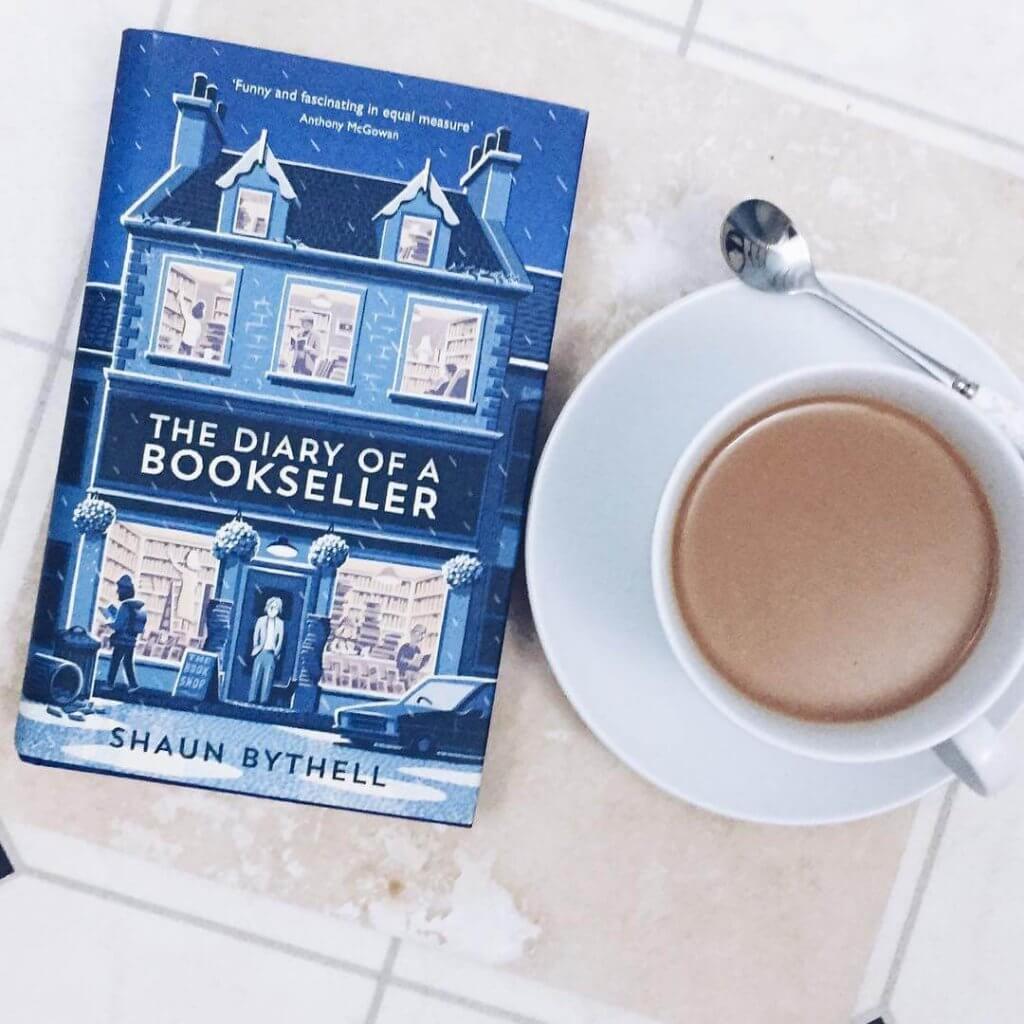 I’m incredibly impressionable, so I tend to think that whatever I’m currently reading is the best thing ever written, which makes choosing 8 books almost impossible. Also, I tend not to re-read books, seeing it as a wasted opportunity to discover something new. Being surrounded by books all day, you might expect that most booksellers are forever plucking things off the shelves at random and reading them. This might be true for others, but not so for me. Although one recent exception to this is my first choice;

Everything is Illuminated, by Jonathan Safran Foer

Earlier this year I bought 12,000 books from a postman in Ayrshire, and as I was going through them this caught my eye and I began reading it. I’d seen copies of it before, but for some reason the Penguin paperback stood out (yes, I judge books by their covers). I adored it – the dialogue particularly – but everything about it engaged me, from the melancholy mystery of Jonathan’s quest, to the way he ridiculed the casual cultural anti-semitism of the other characters. It is an extraordinary book, more so when you discover that it was his first novel, written at the age of 23.

The Ascent of Rum Doodle, by W E Bowman

Shortly after I’d bought the shop, I was painting the ceiling on the landing with the radio on in the background, when an adaptation of this book came on. From the first moment I felt I was there with Binder and his ill-fated expedition in the company of feckless incompetents. When a first edition of the book turned up in a job-lot at auction, I jumped at the chance to buy it, and read it immediately and in one sitting. It is a superb parody of the more earnest contemporaneous accounts of derring-do.

Augustus Carp, Esq, by Himself, Being the Autobiography of a Really Good Man, by Sir Henry Howarth Bashford

First published anonymously in 1924, this book barely made a splash when it first came out. Attempts by Penguin to resurrect it – with an endorsement by Robert Robertson, who described it as ‘The funniest unknown book in the world’ met with a degree of success, but it remains largely unheard of. Carp, a pompous, self-justifying hypocrite blunders through life attempting to advance himself at the expense of others. He’s intensely dislikable, but Bashford makes his pomposity incredibly entertaining.

The Crow Road, by Iain Banks

Stuck on a desert island, and yearning for home, the closest thing I can imagine to being back in the familiar landscape of Galloway would be immersing myself in The Crow Road. Although it’s set in the Highlands, the first time I read this book (I was living in Bristol) both the landscape and the characters seemed so strikingly familiar that I felt I was back at home with my friends. There are few writers I like enough to have read all their work, but Iain Banks is one of them.

The Master and Margarita, by Mikhail Bulgakov

Among the many gaps in my literary education is Russian literature, but a friend recently gave me a copy of this extraordinary book and I was completely spellbound by it. The devil appears in Moscow, accompanied by a number of strange companions, including the wonderful talking cat, Behemoth. It is a fantastical and entirely unpredictable adventure, incorporating everything from severed heads to a witch tearing through the sky on flying pig.

Any Human Heart, by William Boyd

So many of my friends told me that I’d love this book that for several years I obdurately refused to read it. Finally, when I did, I understood why they had all loved it. Boyd’s flawed protagonist, Logan Mountstuart is so beautifully drawn that it’s impossible not to feel the ecstasy, love and agony that punctuate his life. Apart from being a thoroughly absorbing read, this book is almost an accidental history lesson, taking the reader through the most important events of the 20th Century through the eyes of Mountstuart.

The Private Memoirs and Confessions of a Justified Sinner, by James Hogg

Published anonymously in 1824, this book could just as easily have been written today. I initially approached it with trepidation, considering it a duty to have it ticked off as an important work in the canon of Scottish literature, but within a few pages I quickly realised why it is considered as such. The pace, the language and the story are so modern that you’re carried swiftly and effortlessly along, and the moral questions it asks of its reader are still those that plague society nearly 200 years later.

A Confederacy of Dunces, by John Kennedy Toole

If ever there was a ‘marmite’ book, this is it. Everyone I know who’s read it has either loved it, or hated it. Clearly, I fall into the former category. The book follows the tribulations of Ignatius J Reilly – gluttonous, Quixotic, and ostensibly deeply unlikeable – he is nonetheless fascinating in a car-crash sort of way. So similar is his character to Augustus Carp that I wonder whether Toole might have based Ignatius on him. His petty crusades, sense of frustrated entitlement, and tortured relationship with his nemesis, Myrna Minkoff are all set against the richly painted backdrop of 1960s New Orleans.

Buy Shaun Bythell’s book, The Diary of a Bookseller, here.

Here you’ll find everything from weekly book reviews, to musings on the 1001 books to read before you die, to features on some of the best book blogs around, to write-ups on beautiful bookstores from around the world, to literary city guides and some personal insights into the agony and ecstasy of life of an expat, all written lovingly from my sun-drenched beach-side apartment in Bondi.

From where I work…