Author and journalist Daisy Buchanan is one of my go-to writers when I want to read about anything from arts to women’s issues to the more lighthearted (ahem) topics of Love Island and Made in Chelsea. Daisy writes about everything from why women avoid being in the public eye, to why getting fired from her first job was a moment that changed her life, is a regular writer for The Pool, Marie Claire and Stylist to name but a few, and is Grazia’s agony aunt to boot. Having already written two books – an unofficial guide to Made in Chelsea and a book on internet dating – she’s recently published the much-lauded How to be a Grown Up (which is currently available for just 99p on Kindle) – a guide for millennials on everything from succeeding in the workplace to how to turn rivals into friends. With the imminent release of the paperback of How to be a Grown Up, I jumped at the chance of inviting her on to my blog to reveal her Desert Island Books. From a much loved contemporary classic that acts as a manual for modern friendship, to a collection of journalism essays, read on to find out more about some of Daisy’s most treasured tales.

When I’m stuck on the desert island, I’m going to need things that make me laugh, and BJD makes me laugh every time I read even though I almost know it off by heart. Bridget is an everywoman, and I love her so much because she’s constantly courageous in the face of wobbliness and uncertainty. Fielding is a master satirist but there’s so much warmth and love here – but as well as appreciating it on a literary level, I’m a fan, and Bridget is my Harry Potter. The very best women I know love Bridget like I do, and even though it’s ostensibly a book about finding romance, it’s a manual for modern friendship.

The Pursuit of Love by Nancy Mitford

We chose Mitford’s description of being in love – “it was like seeing somebody in the street who you think is a friend, you whistle and wave and run after him, but it is not only not the friend, but not even very like him. A few minutes later the real friend appears in view, and then you can’t imagine how you ever mistook that other person for him” as a reading at our wedding. Again, I’ve read this book at least once a year since I was 12, I know it intimately and I’m always enchanted by it. Again, it’s a love story that’s about family as much as romance. Protagonist Linda is almost an anti heroine. I think this is one of the first books I read which featured a woman who wasn’t “good”, leaving a trail of broken marriages in her wake, but she was still adorable and inspiring, and allowed to be happy. As Nancy herself might have written, utterly bloody Thomas Hardy would have drowned poor dear Linda in a well.

Tender is the Night by F Scott Fitzgerald

This is essentially a book about mediocre white men, and their rise and fall, but it’s so strange and lovely that it makes my bones ache. Psychiatrist Dick Diver really is an anti hero whose hubris and carelessness hurts women, but in Fitzgerald’s universe, no-one ever gets away with anything. It’s a beautiful, disturbing story and in 2018 it reads like a women’s manual for survival. Rosemary and Nicole are fragile, and Dick seeks to exploit their fragility but ultimately they are much tougher than he is. 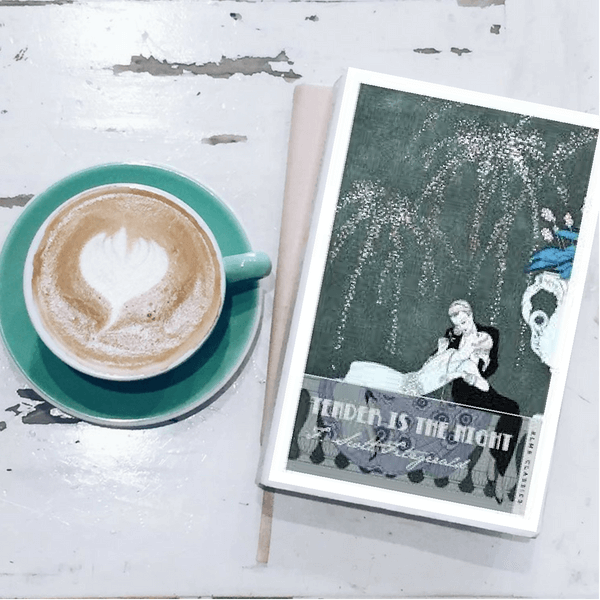 They say any good book is a self-help book, and Ephron’s journalism essays are always rescuing me from crises. Her essay on professional jealousy, A Star Is Born, is one I need to revisit constantly. It’s a masterclass in writing about the self – we think of Ephron as the queen of the personal essay, but she’s really the genius of using her own thoughts and feelings to illustrate wider truths. She makes the unique universal, and treats herself as a subject of journalism – which works because she was a truly gifted journalist.

Look at Me by Anita Brookner

I was inspired to revisit this because of the excellent Backlisted podcast – Brookner’s stories seem so slight, but they are so powerful. It’s a novel about feelings, rather than plot – it’s the story of Frances, a 20 something orphan who is desperate to break out of her self contained bubble, and belong to someone. When she falls in with a glamorous, rackety couple, you know from the start that she’s going to get badly hurt. The novel is 30 years old now, but the story, a tragedy of seeking connection in a world that celebrates self obsession, seems more contemporary and urgent than ever.

The Dud Avocado by Elaine Dundy

We’ve all dreamed of of running away to Paris and causing trouble, and Dundy’s heroine Sally Jay Gorce is one of my favourite trouble makers – a pink haired tearaway who is living out everyone’s fantasy, being funded by a rich uncle who is paying for her do what she likes in the City of Lights as long as she comes back with some stories. Sally has so much power, but she doesn’t always understand how to use it, and her adventures are addictive. She’s a con artist who is always on the brink of shafting herself, a kind of literary Anna Delvey who craves nothing more than a powerful punch line.

I have loved Marian Keyes’ words for most of my life. She is one of the funniest writers that has ever lived, and one of the most honest. No-one writes about the heaven and hell of being human like Keyes. Rachel thinks her life is falling apart when she’s shipped from New York to go back home to Ireland, and to rehab, until she starts to confront the truth about her addiction. I’ve never struggled with substance abuse, but in my twenties there were times when I slipped into some very dark places and constantly tried to distract myself from feeling my feelings. This is the book that taught me how to sit with them instead.

I think Parker might be the ultimate high-low writer – she writes more vividly and eloquently than anyone about the weight and texture of despair, and then she uses the same talents to be brilliantly bitchy about another woman’s hat. We think of her as being the ultimate wasp and an architect of cruel comedy, but she writes about women and their hopes and vulnerabilities in a way so accurate that it sometimes knocks the breath from my body.