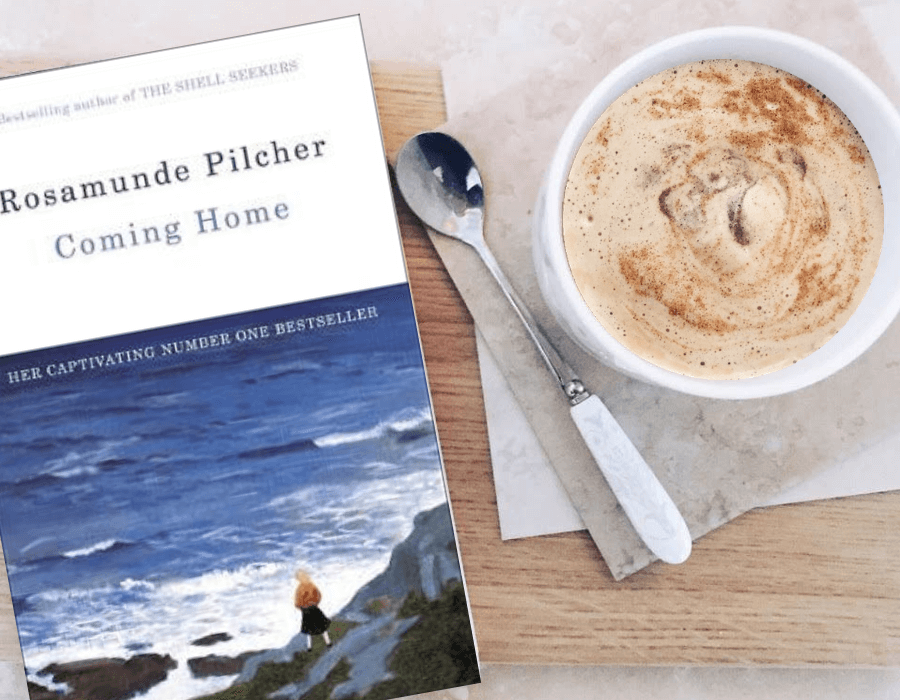 I first came across Rosamunde Pilcher when I read The Shell Seekers as part of my BBC Big Reads challenge – and was instantly swept away by the Cornish tale abundant in charm and nostalgia and beloved by a nation of readers. I later read The Carousel and September and while I was recommended Coming Home many, many months ago, it was serendipity that finally brought it to my reading pile. I had just finished Crime & Punishment, when, after an early morning yoga class I was meandering home along Hall Street I noticed a box of free books outside one of my favourite bookshops in Sydney – Gertrude & Alice. In amongst the dog-eared self-help and history books was a well-thumbed copy of Coming Home, and while I had promised myself that I wouldn’t steer from the final ten books I have to tick off the BBC Top 100, I was unable to resist taking it home with me.

Much like The Shell Seekers, delight fills every page of this epic family saga. The loveliest of reads, Coming Home tells the tale of Judith Dunbar who, when sent to boarding school following her family’s move to Singapore, becomes immediately enamoured with school friend Loveday Carey-Lewis, and her large and glamourous family when she visits them at their Cornish estate during a school holiday. After the death of her aunt and legal guardian, the Carey-Lewis clan and their sprawling home, Nancherrow, quickly become a hugely influential part of Judith’s life. The book centres around Judith, Loveday and their lifelong friendship which sees them survive unrequited love, heartbreak and death as WWII takes hold of the nation.

The plot is an intricate one, and it weaves seamlessly through the war-torn years, while each and everyone of Pilcher’s characters is charming in their own way. As with her other novels, Pilcher’s prose is packed with warmth and sincerity, and her storytelling skills are serene and beguiling.  The perfect kind of book to read curled up in bed with a cup of tea and endless hours ahead, my only grievance was it made me hugely homesick for all things quintessentially British.

Buy Coming Home by Rosamunde Pilcher on Amazon or from Waterstones.

Born in Colombo, Judith Dunbar spends her teenage years at boarding school, while her beloved mother and younger sister live abroad with her father.

When her new friend Loveday Carey-Lewis invites Judith home for the weekend to Nancherrow, the Carey-Lewises’ beautiful estate on the Cornish coast, it is love at first sight.

She falls in love too with the generous Carey-Lewises themselves. With their generosity and kindness, Judith grows from naive girl to confident young woman, basking in the warm affection of a surrogate family whose flame burns brightly. But it is a flame soon to be extinguished in the gathering storm of war. And Judith herself has far to travel before at last . . . coming home.

Rosamunde Pilcher has had a long and distinguished career as a novelist and short story writer, but it was her phenomenally successful novel, The Shell Seekers, that captured the hearts of all who read it, and won her international recognition as one of the best-loved story-tellers of our time. Her bestselling novels, September and Coming Home, were made into television films. Winter Solstice, her most recent bestseller, was also made into a television film. In 2002 she was awarded an O.B.E for services to literature. She lives near Dundee.