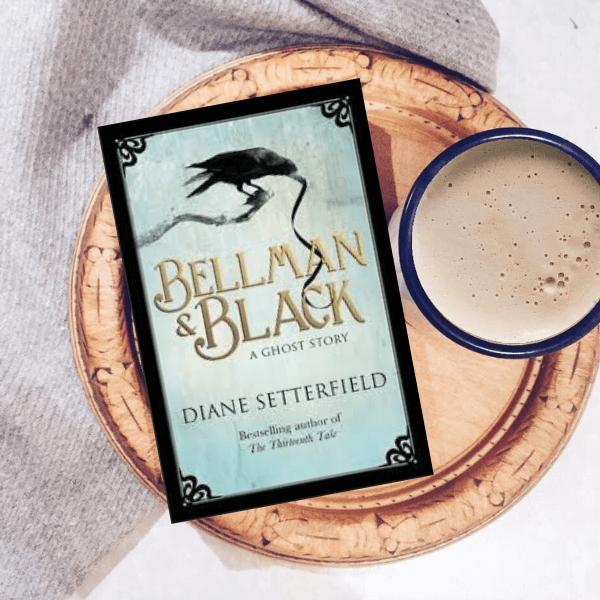 Six years ago, recommended to me by my friend Keri, I read a book called The Thirteenth Tale by Diane Setterfield. It was one of those books that stayed with me long after finishing it and over the past few years I’ve often googled the name of the author in the hope that she had written another book; an unfounded hope until recently.

When I saw on Twitter that Diane Setterfield was publishing a second novel I was thrilled; and when I heard it was a ghost story entitled Bellman & Black I soon became more intrigued. It tells the tale of William Bellman, who, as a young boy kills a rook with a catapult. A small act of cruelty, the event is soon forgotten amidst the riot of boyhood games. The book then follows William as he first works at his uncle’s mill, marries and becomes a father but is repeatedly struck by tragedy as those closest to him die.

After an encounter with the mysterious Mr Black, whose character floats in and out of the novel, Bellman builds a mourning emporium, named, as is the title of the book, Bellman & Black and throws all his energies into the building of his empire. So driven by success and ambition, Will hardly pauses to reflect on his life and mourn his loved ones until his life takes another unexpected turn as he realises there is still a debt to be repaid.

Part moral fable, part gothic tale, Bellman & Black is a compelling read that will delight fans of Setterfield’s. Both absorbing and beautifully written, Diane Setterfield has produced the perfect follow-on from her previous bestseller.

RELATED:  The best podcasts for book-lovers and creatives

Bellman & Black is a heart-thumpingly perfect ghost story, beautifully and irresistibly written, its ratcheting tension exquisitely calibrated line by line. Its hero is William Bellman, who, as a boy of 10, killed a shiny black rook with a catapult, and who grew up to be someone, his neighbours think, who “could go to the good or the bad.” And indeed, although William Bellman’s life at first seems blessed—he has a happy marriage to a beautiful woman, becomes father to a brood of bright, strong children, and thrives in business—one by one, people around him die. And at each funeral, he is startled to see a strange man in black, smiling at him.

At first, the dead are distant relatives, but eventually his own children die, and then his wife, leaving behind only one child, his favourite, Dora. Unhinged by grief, William gets drunk and stumbles to his wife’s fresh grave—and who should be there waiting, but the smiling stranger in black. The stranger has a proposition for William—a mysterious business called “Bellman & Black” . . .

Diane Setterfield is a British author. Her bestselling novel, The Thirteenth Tale (2006) was published in 38 countries worldwide and has sold more than three million copies. It was number one in the New York Times hardback fiction list for three weeks and is enjoyed as much for being ‘a love letter to reading’ as for its mystery and style. Her second novel, Bellman & Black (2013) is a genre-defying tale of rooks and Victorian retail. January 2019 sees the publication of her new title, Once Upon a River, which has been called ‘bewitching’ and ‘enchanting’.