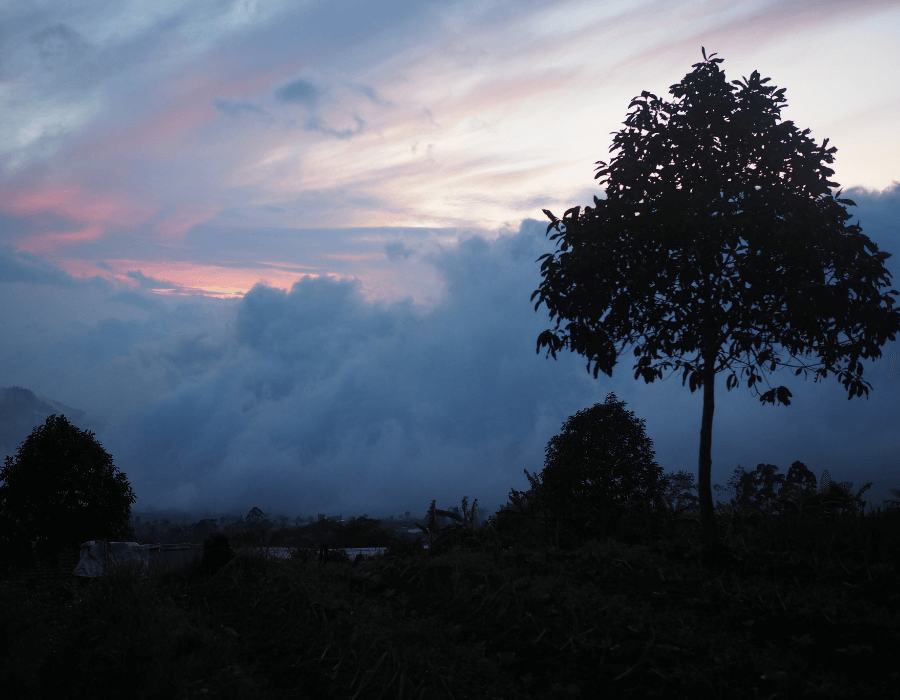 Prior to my recent press trip to Jakarta, I had never had to comprehend life without access to books. I have read widely and voraciously my entire life, and have been blessed with such privilege that it simply never occurred to me that there are many in a position less fortunate than me when it comes to free and easy access to literature. Indeed, much to my shame, when I last year discussed with my mum which charities I wanted to support and she suggested a literacy charity, I dismissed it, simply thinking there were many more important causes to support than ensuring people could read. 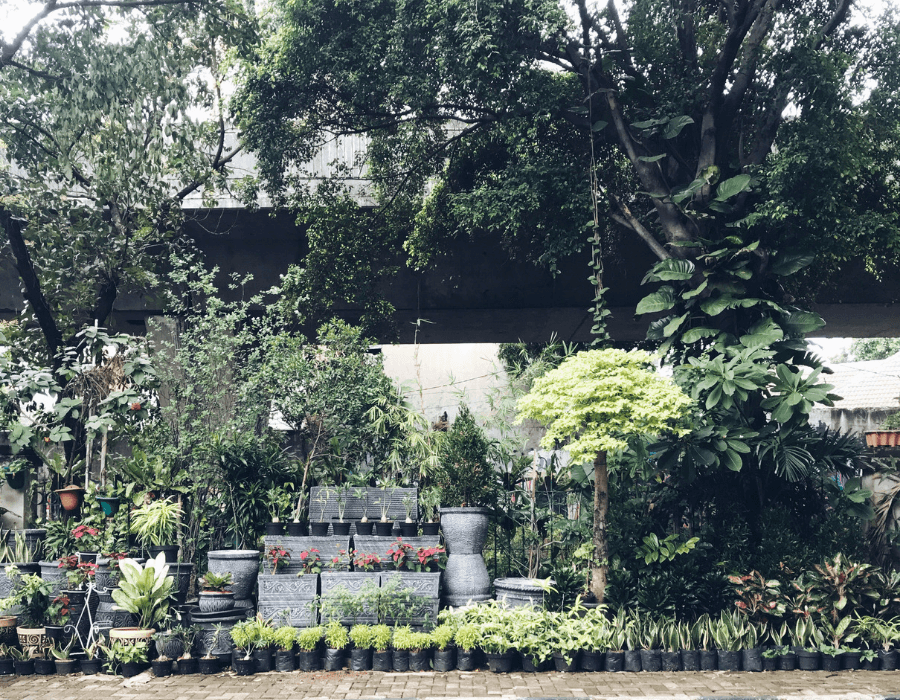 All that changed during the week I spent in Indonesia on a press trip ahead of this year’s London Book Fair, where Indonesia will be the 2019 Market Focus. It was a trip that almost didn’t happen, without question one of the most inspiring, moving and affecting weeks of my life, and one of the best things that has happened since starting this blog. 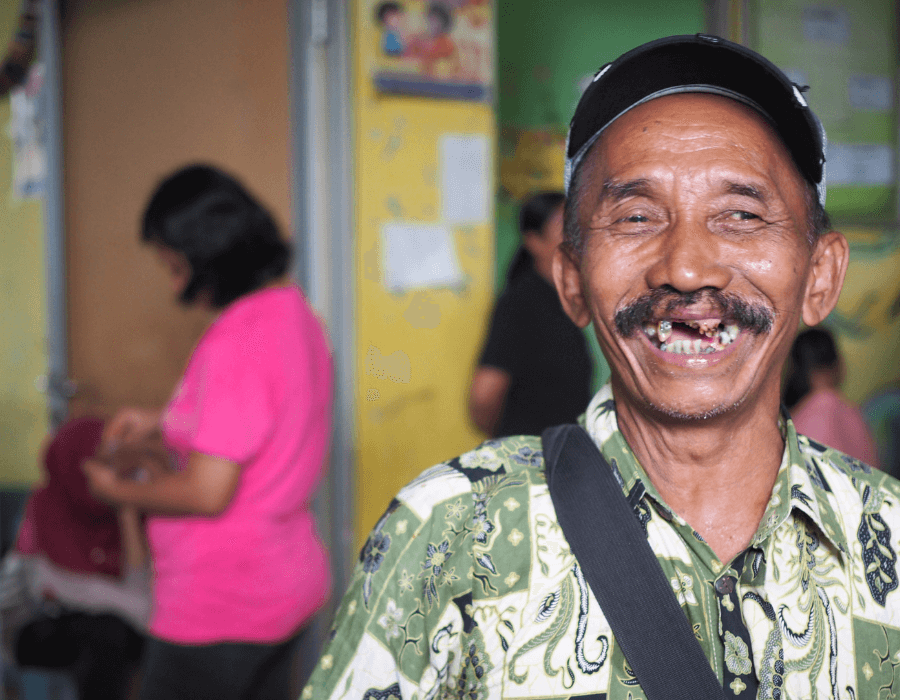 I was back in the UK for seven weeks in the lead up to Christmas; my favourite time of year in London and one that is filled with endless catch ups with friends and family. However hard I try, I never quite manage to fit everyone in, and barely have a moment to myself. Thus, when Lucy – an ex-colleague from many moons ago – got in touch to arrange a coffee, I very nearly didn’t go. I had a very rare window of time to myself, and had planned to spend it curled up with a chai latte in the cafe of Waterstones on Piccadilly enjoying some much-needed downtime. But, fortuitously, I decided against an afternoon flying solo, and soon found myself in The House of St Barnabas in Soho reminiscing about days gone by as wide-eyed young graduates with our foot on the first rung of the ladder of the publishing world, and the near-decade that had passed since we’d last met.

After catching up over a cup of tea in which we discussed make-ups and break-ups, moving abroad and sabbaticals in Bali, Lucy told me that the reason she had got in touch was because she was arranging a press trip to Indonesia to tie in with this year’s London Book Fair (LBF) Market Focus and wondered if I might like to join. Without even letting Lucy finish her sentence, I was sold, and after hearing about the proposed itinerary and bidding Lucy goodbye, suffice it to say I was walking the fairy-lit streets of Soho with a sprightly spring in my step.

RELATED:  A bookish weekend at The White House Daylesford

I flew back to Sydney a matter of days after Christmas, and no sooner had I retuned than I began making arrangements to leave the country again, and just three weeks after leaving London, I found myself en route to Jakarta to find out about Indonesia’s many and varied literacy initiatives. 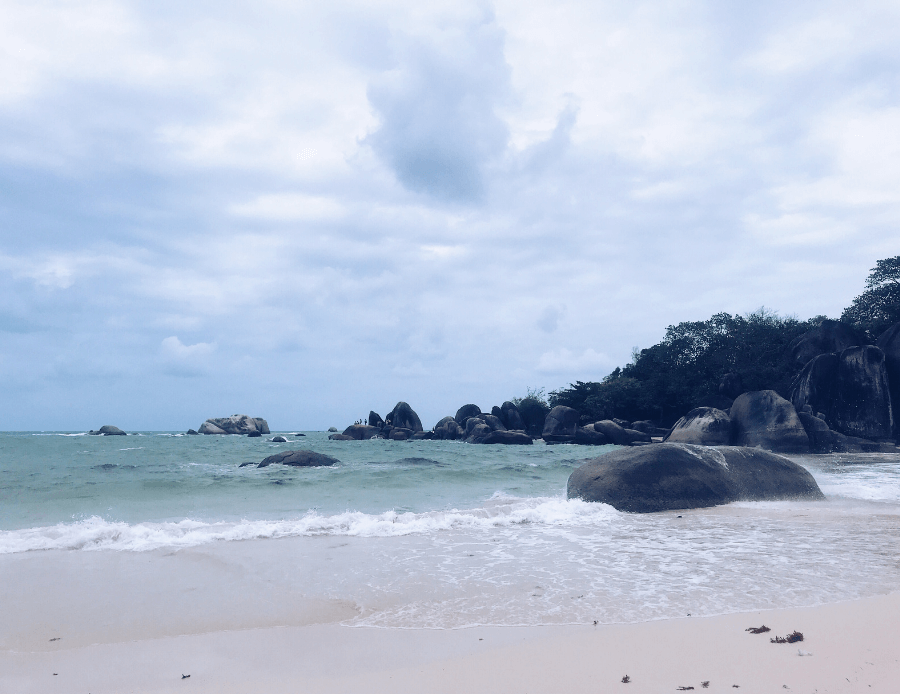 The week we spent in Indonesia was one I will never forget. Not only was I blessed with the best group of press trippers that I could have hoped for – I too saw a side to Indonesia beyond the infinity pools and tropical green rice paddies of Bali that I became so accustomed to when I lived in Ubud. We met Sutino “Kinong” Hadi, who, having spent most of his life driving a tuk-tuk – or bemo in Indonesia, now uses his three-wheeled mode of transport to visit schools in some of Jakarta’s poorest neighbourhoods, providing disadvantaged children with access to books.

We visited the suburb of Parung in west Java to meet Kiswati, an Indonesian woman who, having grown up poor and with limited access to books, has dedicated much of her life to ensuring no children in her village fall victim to a similar fate. She started her library – the Warung Baca Lebak Wangi – after liver failure meant she was no longer able to work as a mobile librarian, which now boasts over five-thousand books and is loved by many in the village and beyond.

As a country rich with the tradition of oral story-telling, one of my favourite evenings was spent around the campfire in Sarongge Village where Indonesians writers Mario F. Lawi and Syahid Muhammad recited poetry to the crackle of flames.  The next morning at the crack of dawn, after camping overnight in the village hall, we hiked through the tea plantations at sunrise to a reforestation area and saw the Strobilanthes Cernua plant, which only flowers every nine years.

We had high tea with the twelve Indonesian authors who will be at this year’s London Book Fair; dinner with the British council, and many-a delayed coach trip navigating the throbbing, traffic-filled streets of Jakarta. 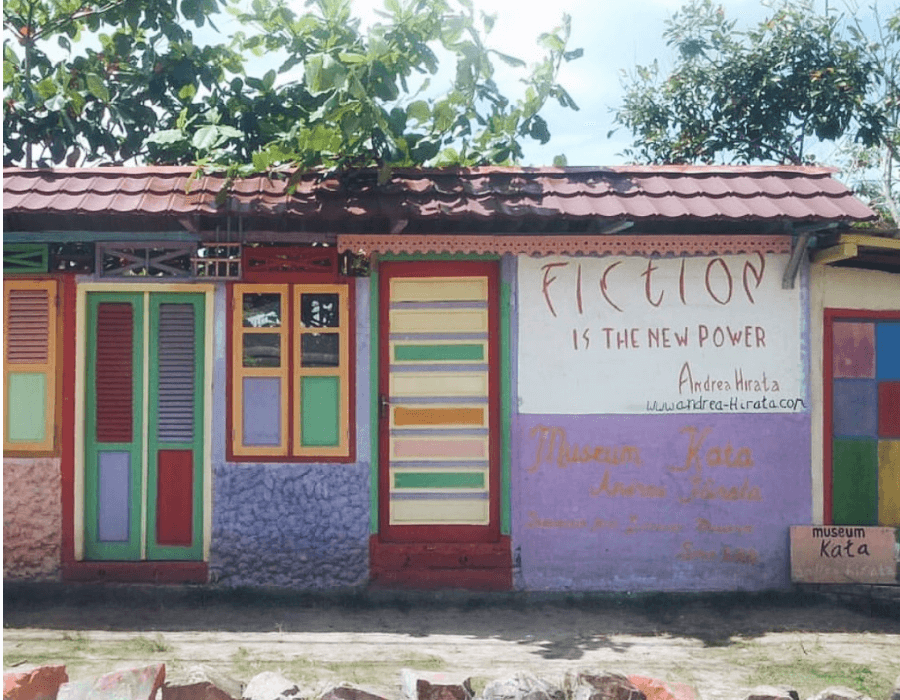 On our penultimate day we had an early morning flight to Belitung Island where we visited the Museum Kata Andrea Hirata which was founded by writer Andrea Hirata and quickly became one of my favourite places on earth. I bought – and devoured – his bestselling novel The Rainbow Troops after visiting the site on which the movie adaptation was filmed, which quickly became one of the best books I’ve ever read.

I cried when I left my press trippers to fly home to Sydney, though my tears were soothed, safe in the knowledge that I would be reunited with them at this year’s London Book Fair. 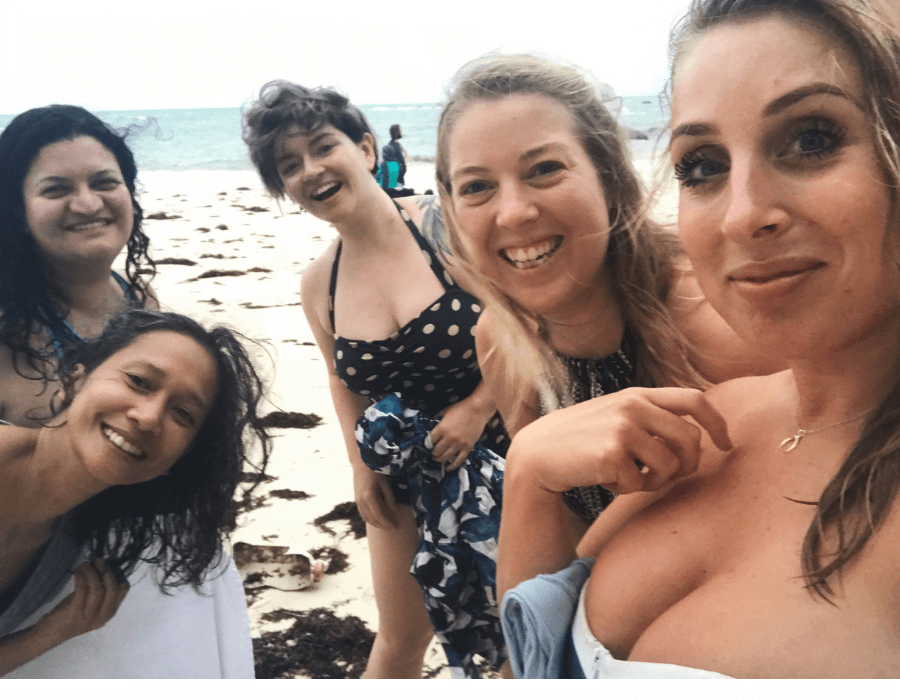 My week in Indonesia was a lesson in literature, but so too was it one in privilege and plight; fortune and failure; birthright and adversity. My six days in Indonesia were magical and messy and made up of memories that will stay with me forever. I left Indonesia with a full heart, happy and hopeful; and a fire in my belly to help change the fate of those less fortunate than myself.

A big thank-you to the British Council, Indonesia’a National Book Committee, BEKRAF – the Creative Economy Agency and Flint PR for organising the trip.

Find out more about Indonesia’s Book Committee and the London Book Fair.