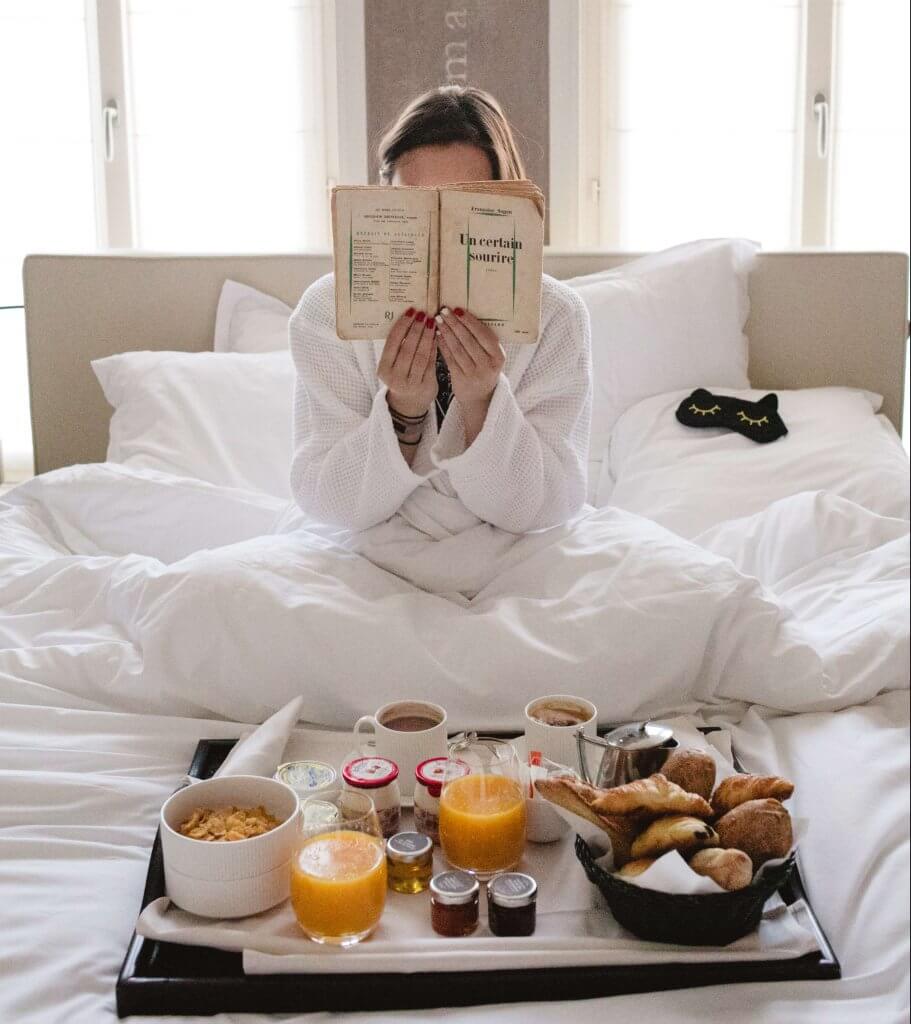 Paris is a city steeped in literary history and has long been a source of inspiration for both French writers and those from the English-speaking world. From Victor Hugo to F Scott Fitzgerald, Paris has captured the hearts of writers and book lovers for centuries, and a stay at Le Pavillon des Lettres really is the cherry on top of the literary cake. 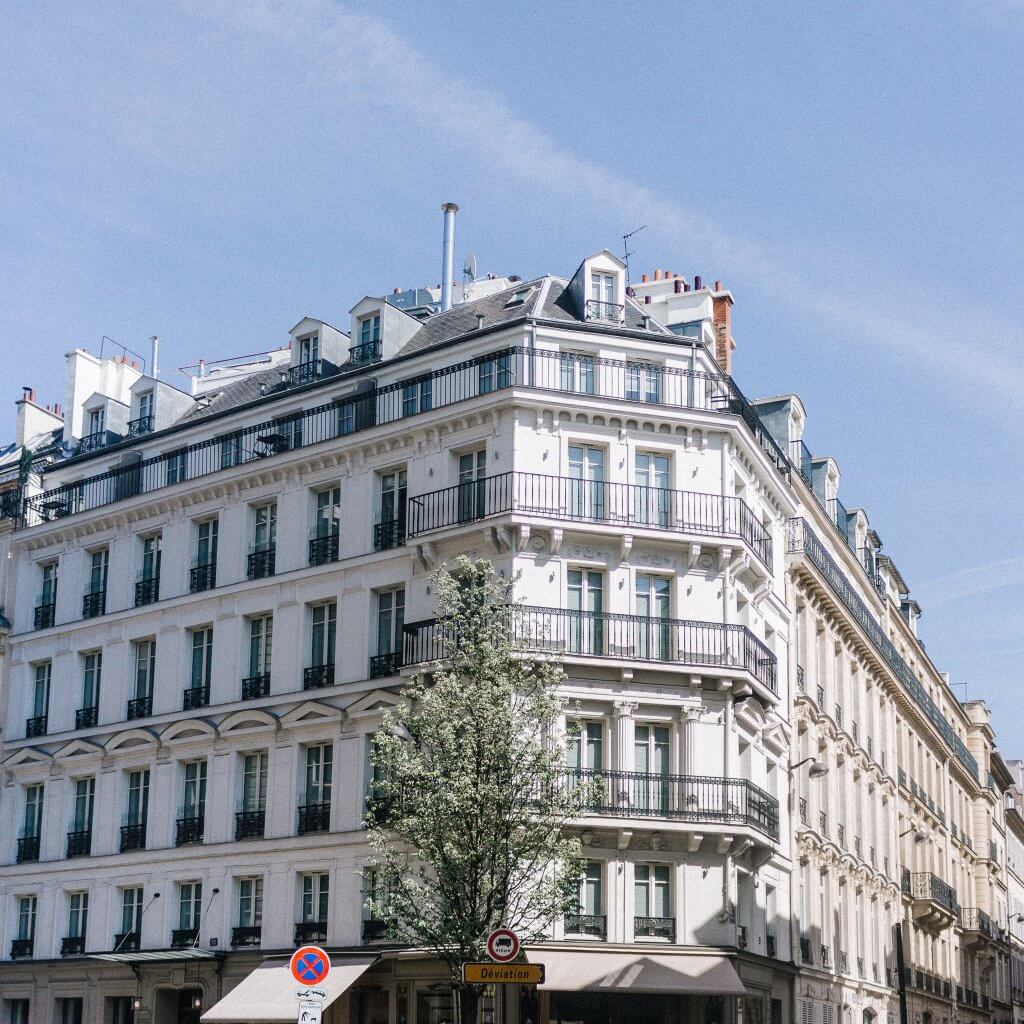 Le Pavillon des Lettres is a luxury boutique hotel with just twenty-six rooms. Each represents a letter of the alphabet and is named after an influential author. From Proust to Shakespeare, Woolf to Kafka, you can be sure they’ll have honoured one of your favourite writers. I was lucky enough to be placed in one of the deluxe rooms, named after none other than Victor Hugo. Now this is actually a little ironic because after four years of studying French literature at Oxford, Victor Hugo is probably the only prominent French author I never studied. Quel dommage! Fortunately, each hotel room comes equipped with a story by the author after which it’s named, so I was able to get a few snippets of Hugo in during my stay to ease my guilty conscience. 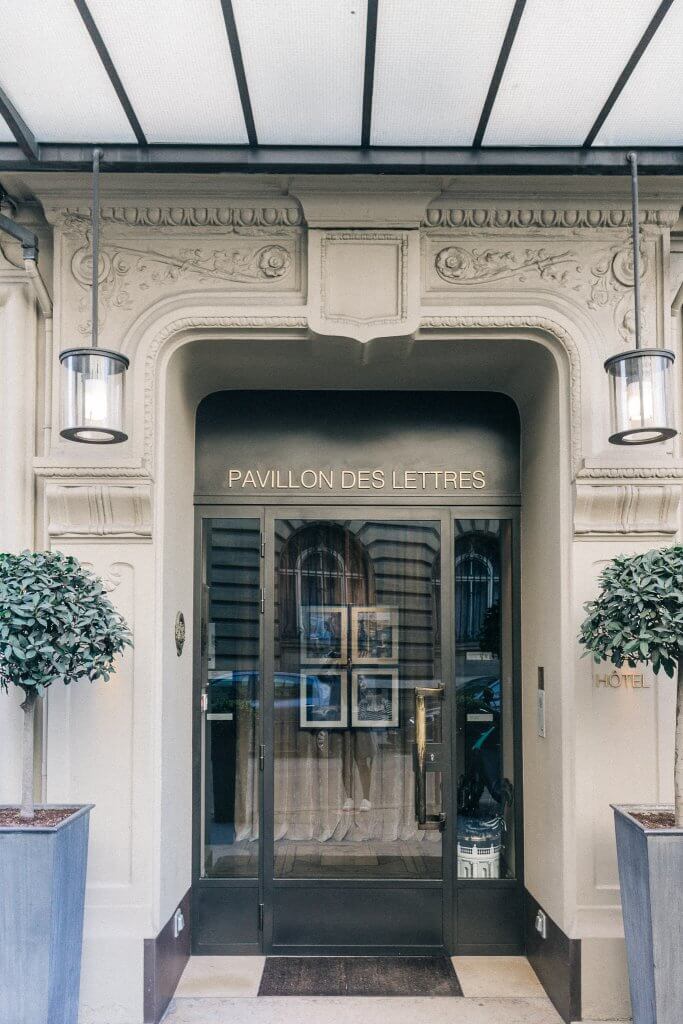 So, what exactly is it that makes a ‘literary hotel’? As I’ve already said, each room is named after a prominent author, but clearly a lot of thought has gone into the creation of this boutique hotel as no small detail is spared. On the way up to my room on the fourth floor, I noticed that the walls were lined with photographs of various French figures buried in a book: a Bookstagrammer’s dream! Then, upon entering the Victor Hugo room, I was greeted with three French quotes by the man himself, engraved into the glass bathroom door and monogrammed onto the wallpaper. They don’t just serve up any old coffee either – they’ve sourced tea and coffee from a brand called “The Storybook Café”, which is a really, really lovely touch.

The service at Le Pavillon des Lettres is truly impeccable. Upon arrival, I was swiftly checked in and shown to my room by the lovely receptionist. Each room comes equipped with a snazzy phone system, so the 24-hour reception is only a phone call away, ready to help you with room service, booking a taxi, making theatre reservations and more. You can even call up the other hotel rooms, so I amused myself thinking that “Kafka” was only a phone call away. After I checked in, I wandered off to explore the surrounding area and when I came back at 9pm, all the curtains had been drawn for me, the bed re-made and there were even little chocolates on the pillows! I felt like a very special lady indeed… 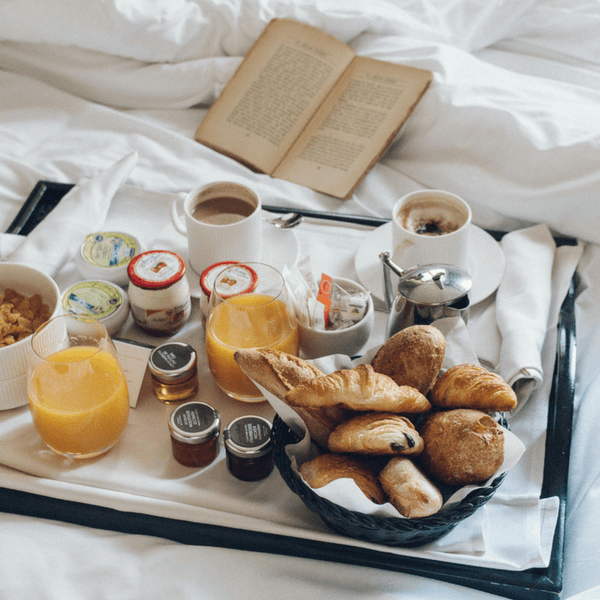 The very best thing about this round-the-clock service is that you can order your breakfast on a little card the night before and leave it on your door (any time before 3am!). Then at a time of your choosing, your breakfast will be brought up to your room to be enjoyed in bed. The typical Parisian breakfast of pastry, bread and jam, coffee and orange juice would be my recommended option as the bread basket is so full you won’t have room for all the add ons like eggs, cereal, yoghurt etc.! They are very generous with portions, so you can be sure that you’ll leave the hotel with a full stomach, ready for a day of exploring literary Paris!

Possibly even better than breakfast in bed, however, was throwing open the shutter doors on a gloriously sunny morning and being greeted with the view of beautiful Haussmann architecture as far as the eye can see. The Victor Hugo room comes with a balcony that wraps around the entire room (that’s three whole walls) and the view is simply breath-taking. You can enjoy your morning coffee out here, whilst watching Paris wake up, which is truly something special. 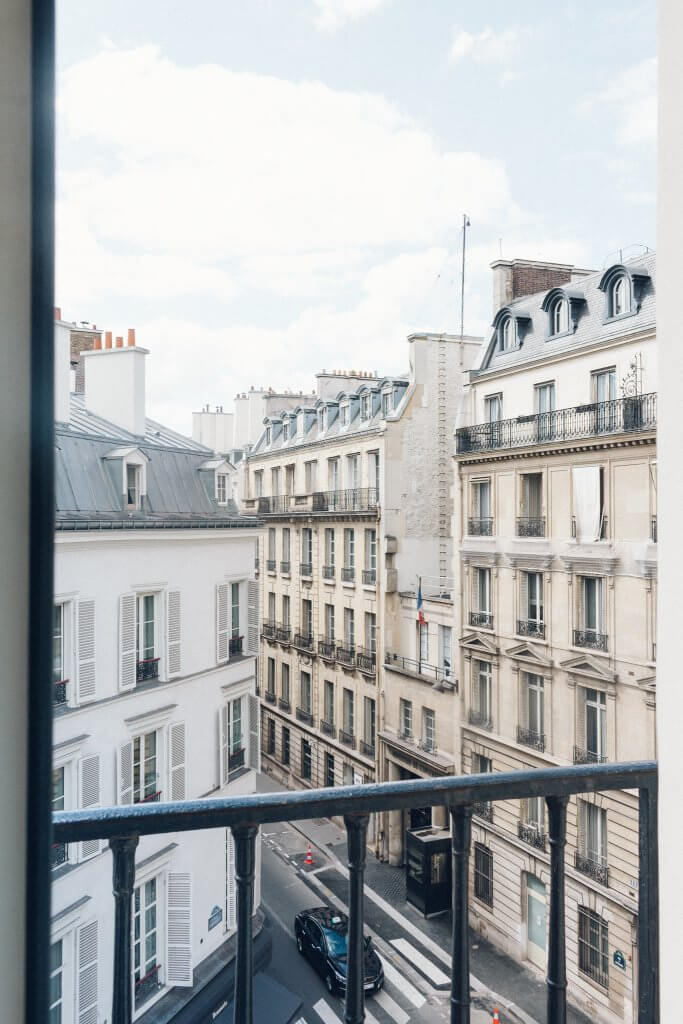 Set in the beautiful 8th arrondissement of Paris, Le Pavillon des Lettres is just a short walk away from some of Paris’ most iconic tourist spots. Paris is a walking city and you’ll be able to reach the best of Paris in under thirty minutes from this prime location. Make sure to check out the Musée D’Orsay, the Louvre, the Jardin de Tuileries, Palais Royal, Grand Palais and more! Even the Eiffel Tower is but a picturesque, 35-minute walk away. However, if you’re keen to explore the best of literary Paris then you should be prepared for a slightly longer walk, or you can simply hop on the metro, which is conveniently located near to the hotel. St Germain de Pres is where you’ll want to go to see the cafes, restaurants and bookshops that inspired the Hemingway and Fitzgerald.

In short, Paris is always a good idea! 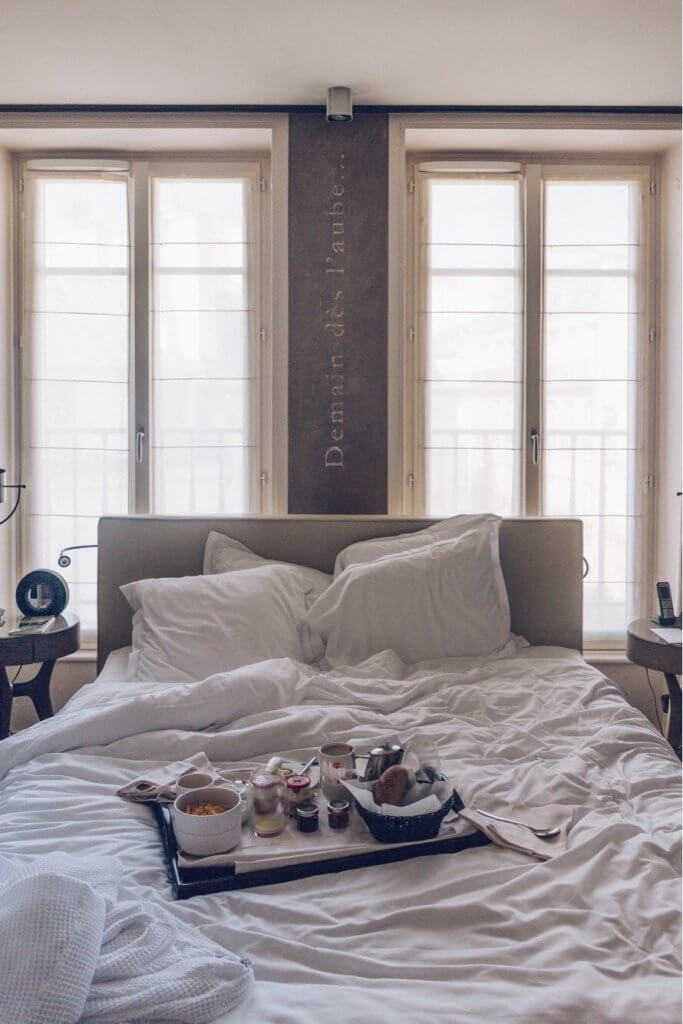