As we near the end of Libraries Week – seven days in which we celebrate the importance of libraries – I realised it’s been a while since I last visited one. As someone with a tendency towards buying and stock-piling books, while I spent many a weekend perusing the shelves of my local library as a child, it’s not a habit I took into adulthood.

However, given that I love few things as much as fusing two of my biggest passions – literature and travel – I have a great many libraries on my bucket list that I hope to visit before I die. “I have always imagined that Paradise will be a kind of library.” said Argentine author Jorge Luis Borges, and I couldn’t agree with him more. From London’s exclusive writers’ haunt to one of New York’s most famous literary landmarks, here are six of the world’s most beautiful libraries.

The only library on this list that I’ve actually already visited, Melbourne’s State Library Victoria is undoubtedly one of the world’s most beautiful libraries. A Melbourne landmark and cultural icon, the State Library is a magnificent 19th-century building with some of the city’s most beautiful heritage interiors. With its majestic domed ceiling, the La Trobe Reading Room is a library highlight.

A literary institution for both book lovers and intellects in London, The London Library has been around for almost two decades. Founded in 1841, this literary gem boasts the likes of Charles Dickens, Bram Stoker and Rudyard Kipling as former members, and holds one million books, spanning over 17 miles.  Unobtrusively tucked in a corner of the regal St. James Square, The London Library is the Roll’s Royce of libraries, with an exclusive annual membership for frequent visitors. A haunt of writers, literary glitterati and book lovers alike, the beautiful building has all the mystique that you would expect of a great literary landmark, enriched through occasional appearances in the works of authors whom its shelves have nourished. 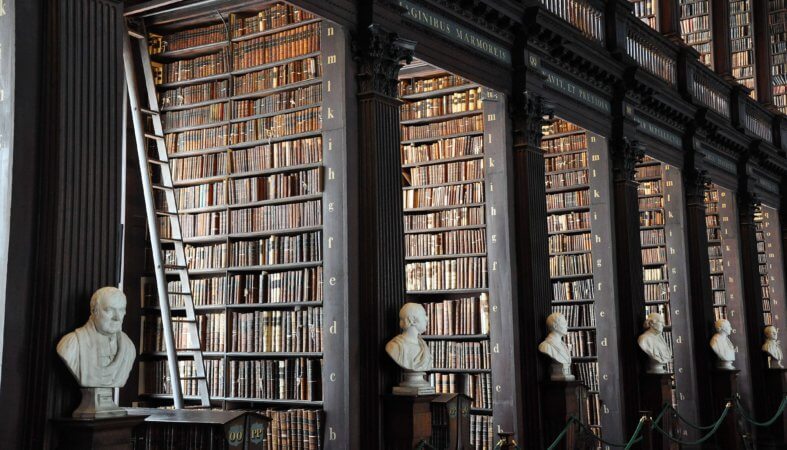 Constructed in the 18th century, Trinity College’s Old Library is a must-visit for any bookworms visiting Dublin. Located in the heart of the cobbled walkways of Dublin City, the building is an imposing one, rich in history and character. Home to stunning display of old religious texts with intricate art work, as well as The Long Room and The Book of Kells, the oak features, high ceilings and stunning architectural features indisputably make it one of the world’s most beautiful libraries. 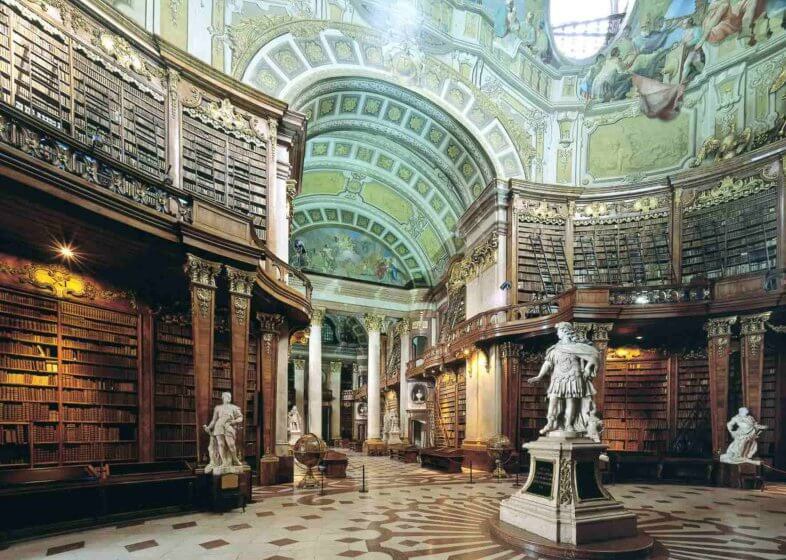 Stately and ornate with an exceptionally beautiful main hall, many cite the Austrian National Library as the closest thing to the one depicted in Beauty and the Beast. Built in the 18th century, with intricate paintings adorning the library’s ceilings, this is the biggest Baroque library in Europe, with one of the most picturesque library halls in the world. The largest library in Austria, home to an impressive 7.4 million items, it’s about as romantic a library as it gets.

The Biblioteca Nazionale Marciana – or National Library of St Mark’s – is a library and Renaissance building in Venice, northern Italy that holds one of the greatest classical texts collections in the world. Stepped in history, this architectural masterpiece is one of the most important libraries the Western world because it contains numerous medieval manuscripts, especially Greek manuscripts brought West from Constantinople. While not a traditional library where guests can peruse shelves and borrow books, the architecture alone makes it well worth a visit. 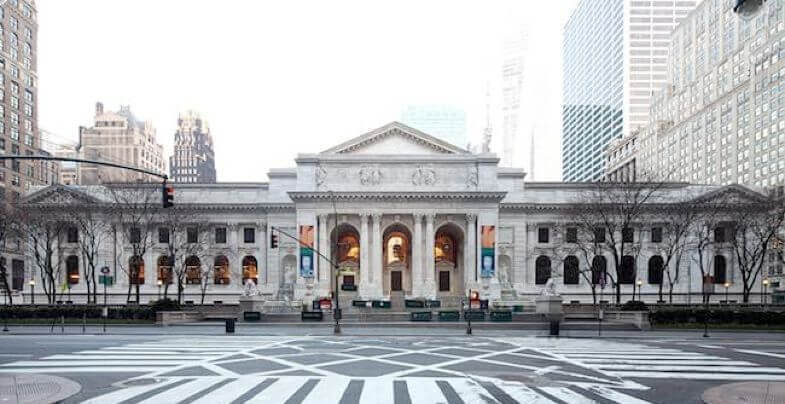 As Carrie Bradshaw, speaking of the New York Public Library, once said, it’s “the classic New York landmark that housed all the great love stories”. Located on the corner of Fifth Avenue and 42nd Street the library is flanked by its famous marble Lions, Fortitude and Patience, who have guarded the entrance ever since its opening in 1911. The Beaux-Arts marble structure, spans two full blocks of New York City land and contains 88 miles of shelves, holding over seven million books. The New York Public Library, which was named a National Historic Monument in 1965, is a truly amazing piece of architecture and, being that it is symbolic of the two great loves of Carrie Bradshaw’s life – New York City and writing – it is easy to see why producers chose it as the site of her ill-fated wedding, and why many consider it as one of the world’s most beautiful libraries.

18 comments on “Picture Perfect: Libraries for Your Bucket List”