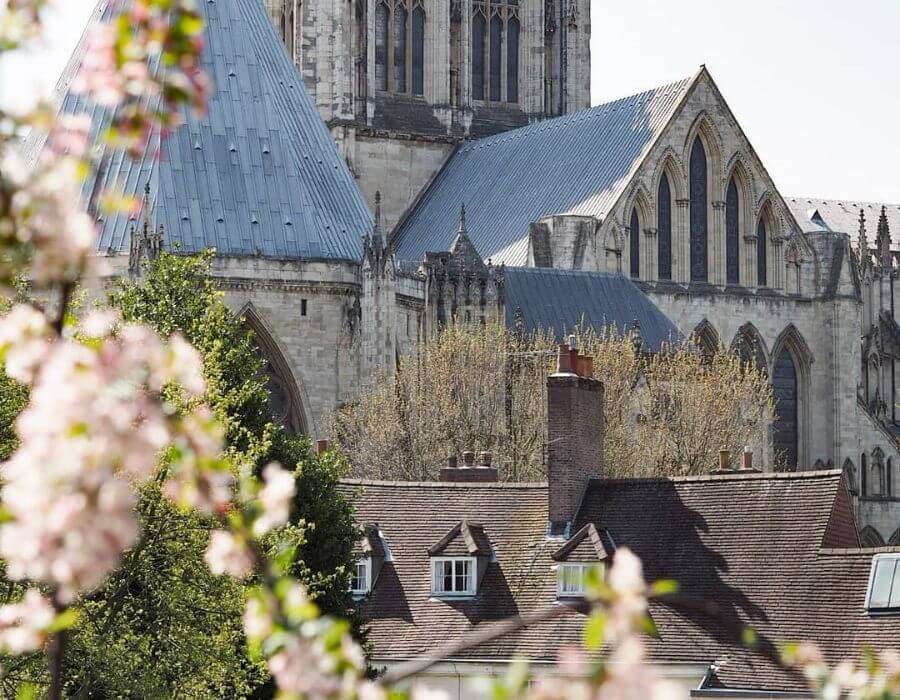 I spent a large chunk of my childhood in North Yorkshire. My Uncle Rory lives on a sprawling farm outside of Thirsk, and some of my fondest memories are plotting midnight tobogganing excursions down snow-covered slopes with my cousins, rolling around in the hay barn and having my first (somewhat unintentional) foray into cantering on the fields of my uncle’s farm. Even now, as an adult, whenever I see the famous chalk horse on my approach to Thirsk, carved into the south-western edge of the Hambleton Hills, I’m reminded of a childhood spent scoffing elevenses around the Aga, wet and windy dog-walks and nights spent in front of a crackling fire; the sky outside inky black.

Given my own romanticised view of this county, it’s little wonder that Yorkshire – known for its rugged moorlands, heritage homes and cosy country pubs – has been the backdrop for many a work of fiction. From much loved classics to modern contemporaries, I’ve rounded up eleven of the best books set in Yorkshire.

The Secret Garden by Frances Hodgson

A book – and film – I loved as a little girl, The Secret Garden was first published in 1911 and made it into the BBC Top 100. The much-loved children’s classic tells the story of Mary Lennox, an orphan who is sent to live with her uncle at Misselthwaite Manor on the foreboding Yorkshire moors, and her discovery of the mysterious walled garden that hides within the manor’s grounds. A beautiful portrayal of friendship set against a quintessentially British backdrop, The Secret Garden is undoubtedly one of the best books set in Yorkshire.

The Railway Children by E Nesbit

Another tale I loved as a child and have since re-read as an adult, E Nesbit’s The Railway Children was originally serialised in The London Magazine, before being published in book form in 1906. The story follows children, Roberta, Peter and Phyllis who move from London to “The Three Chimneys”, a house near the railway in Yorkshire, with their parents after the father, who works at the Foreign Office, is imprisoned after being falsely accused of spying. While somewhat non-plussed at leaving London, the children soon discover the hills and valleys, the canal and of course, the railway, and despite being over a century old, this charming tale still commands the affections of the British people like few others.

The Thirteenth Tale by Diane Setterfield

A book I utterly, utterly adore, The Thirteenth Tale was written by a former teacher who lived in Harrogate and has all the ingredients for a perfect novel. A gothic story set in isolated houses on fog-shrouded moors, with twins who speak in private languages, a scheming governess, abandoned babies and copious references to the work of the Brontë sisters, The Thirteenth Tale is a slice of literary Yorkshire at its very best.

One of Yorkshire’s finest literary heavyweights, Charlotte Bonte’s much-lauded Jane Eyre is another classic novel that helped to give Brontë Country in West Yorkshire its name. A wonderful novel of epic proportions, Jane Eyre tells the story of young orphan Jane, who has felt an outcast her whole young life. When she arrives at Thornfield Hall, where she has been hired by the pensive and proud Edward Rochester to care for his ward Adèle. Jane finds herself drawn to his troubled yet kind spirit. Its pacy plot and brilliant backdrop make Charlotte Bronte’s much-loved book both a prime example of gothic literature and one of the best books set in Yorkshire. 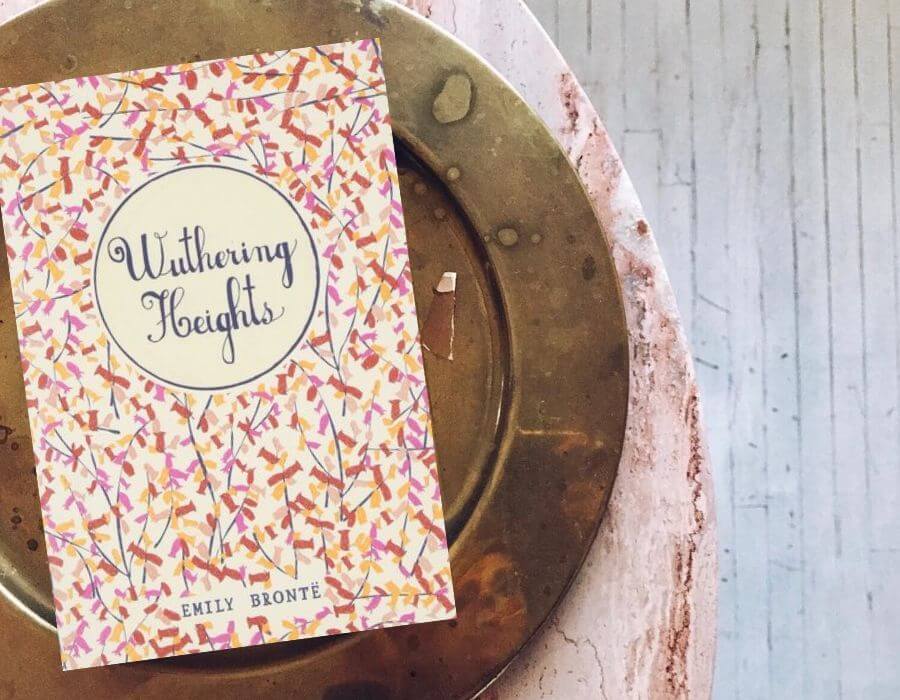 Set amidst the wild and lonely Yorkshire moors, a tragic story unfolds as Catherine Earnshaw and Heathcliff fall in love. Indeed, while Wuthering Heights is Emily Brontë’s only novel, what a novel it is. Her story of the passionate, and ultimately destructive love between the headstrong Catherine and brooding Healthcliff is a true classic of English literature, and, despite having been published over 150 years ago, this Yorkshire-based book continues to resonate with a legion of literary fans.

While better-known for his London-centric tales such as Oliver Twist and Great Expectations, Charles Dickens also turned his hand to writing a book set in Yorkshire, with a substantial potion of Nicholas Nickelby, with a significant chunk of his third novel based in a Yorkshire school, as Nicholas is sent to work as an assistant to the unpleasant and often violent old headmaster, Wackford Squeers. Originally published as a serialisation, Nicholas Nickelby is, like many of Dickens’s novels, characterised by his outrage at cruelty and social injustice, but it is also a flamboyantly exuberant work, revealing his comic genius at its most unerring.

Behind the Scenes at the Museum by Kate Atkinson

A challenging and ambitious book, Behind the Scenes at the Museum was Atkinson’s first novel, which went on to win the Whitbread Prize. The narrative is a labyrinth of twists and turns, false trails, loops and double helixes as we follow the life of Ruby Lennox from the moment of conception. A middle-class girl from York, it chronicles the lives of four generations of women. Between each chapter, non-consecutive flashbacks give alternative views of the past and the story is both complex and fascinating.

4 comments on “The seven best books set in Yorkshire”