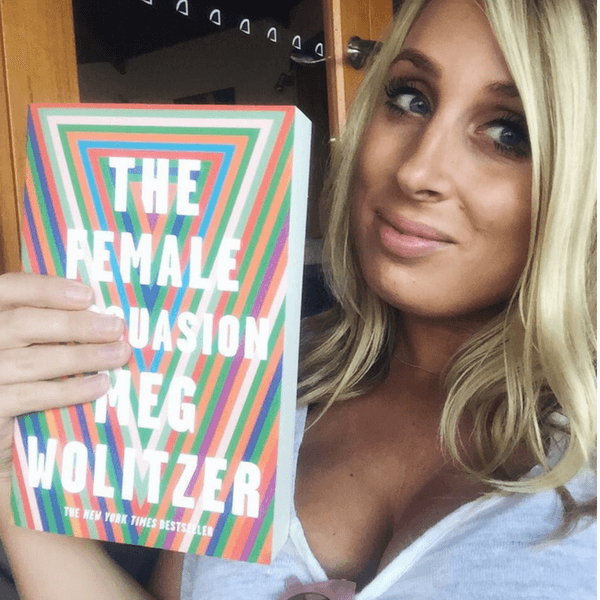 I first read Meg Wolitzer on a three week sun-drenched holiday in Sydney a little over three years ago. I arrived, armed with a suitcase full of books ready for three heady weeks in the sun, not knowing how much my life would later change. I have a picture of me reading The Interestings on Rose Bay beach, the Sydney Harbour Bridge a hazy blur in the distance; and it brings about happy memories of a time when I fell in love with this city in which I now live.

In the years that have since passed, I’ve not read any thing else by Wolitzer, but when Stylist asked me to take part in a forthcoming Book Wars, in which I’d be reading both Florida by Lauren Groff and The Female Persuasion by Meg Wolitzer, I knew immediately who would get my vote.

The best thing, for me, about Wolitzer, is how readable her books are. I’ve certainly been guilty in the past of slogging my way through a book, simply because I’ve started it, or because someone close to me has recommended it, or because i think it will make me sound intellegent; or beacuse it’s a book I want ticked off my reading repertoire, forgetting entirely that the reason I read is for enjoyment and escapism.

And so, to The Female Persuasion. The story itself centres around Greer Kadetsky, a freshman whose disappointment at missing out a place at an Ivy League college lies solely at the feet of her stoner parents, whose lack of interest in and disregard for her future education meant she missed out on vital funding to attend Princeton with her boyfriend Cory. It’s while at her ‘average’ college, however, that best friend Zee introduces her to feminist icon Faith Frank; a meeting that will alter the course of life as she knows it.

RELATED:  My collaboration with the Hilton Hotel's Curio Collection

While Cory is dealt an unimaginable tragedy that sees him forsaking his high-powered consulting job in Manila for the comfort of his childhood room, and Zee begins to come to terms with and explore her blossoming sexuality, Kadestsky finds herself on a path to political fulfilment, as she is hired by Frank and enters into her circle of privilege. What follows is a forward thinking tale of friendship, feminism and failure, that keeps its reader turning until the very last page.

The Female Persuasion is not only brilliantly readable; it too offers readers a subtle yet poignant insight into a plethora of issues that the modern woman faces. From the dynamics of female friendships, to politics in the workplace, to the struggles of living both authentically and with integrity, Wolitzer delivers an excellent tale and razor-sharp story-telling about the unpredictable trajectories of life.

About The Female Persuasion

Greer Kadetsky is a shy college freshman when she meets the woman she hopes will change her life. Faith Frank, dazzlingly persuasive and elegant at sixty-three, has been a central pillar of the women’s movement for decades, a figure who inspires others to influence the world. Upon hearing Faith speak for the first time, Greer–madly in love with her boyfriend, Cory, but still full of longing for an ambition that she can’t quite place–feels her inner world light up. Then, astonishingly, Faith invites Greer to make something out of that sense of purpose, leading Greer down the most exciting path of her life as it winds toward and away from her meant-to-be love story with Cory and the future she’d always imagined.

Meg Wolitzer is the New York Times–bestselling author of The Interestings, The Uncoupling, The Ten-Year Nap, The Position, The Wife, Sleepwalking and most recently, The Female Persuasion. She is also the author of the young adult novel Belzhar. Wolitzer lives in New York City.