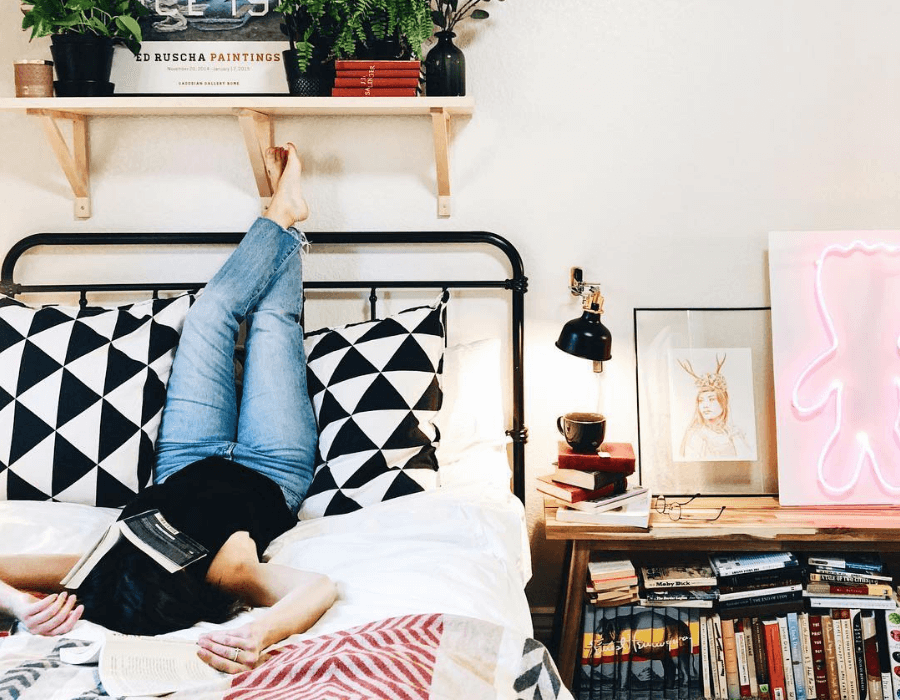 One of the best bookish photographers on Instagram, I love the way in which Katie from Clumsy Words blends the book into every day life. With a creative eye that is second-to-none, alongside her beautiful Bookstagram account, this Colorado-based bookworm also has an Etsy account, where she sells a selection of literary themed accessories, which you can take a look at here. Such is her love for books that she managed to turn her Desert Island Books around in a matter of hours, and I loved finding out which tomes she’d take with her to a remote a faraway place. Find out more below…

The White Album by Joan Didion

I joke a lot about Joan Didion being my patron saint, but the truth is for me, non-fiction essentially begins and ends with Didion. She fundamentally transformed the contemporary essay, her prose is effortless, sentimental and spot on every time. As a non-fiction writer I think she in unparalleled. 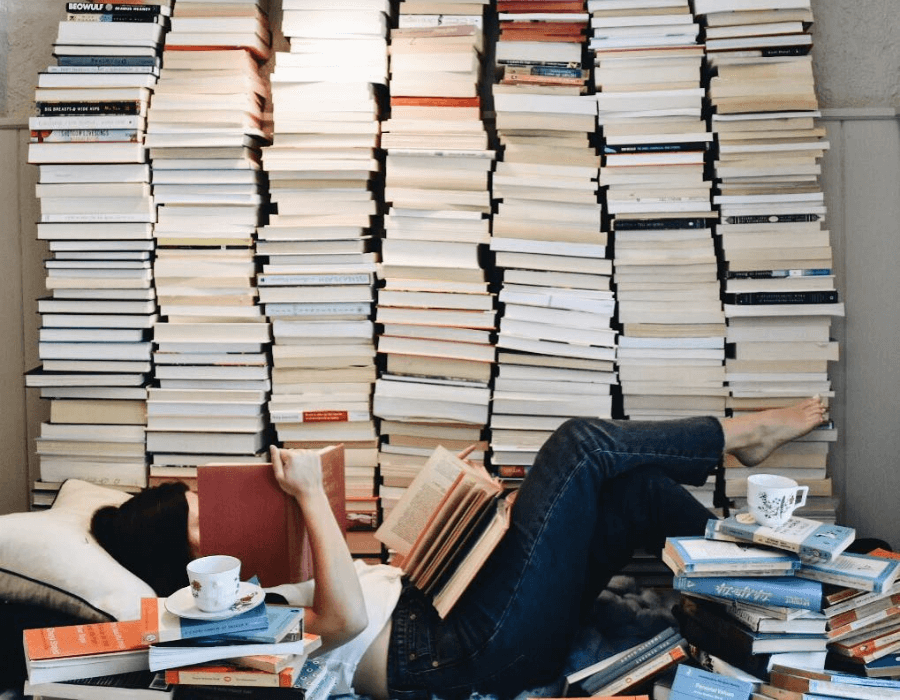 Rimbaud is the writer’s writer. Countless greats have referred to Rimbaud either as an inspiration, or an overrated, overwrought, adolescent poet. I suppose both sentiments bear some truth. I read him first when I was a sophomore in high school, and fell head-first into his collections again this year. He was this prolific, prodigious poet (alliteration at its finest), who was absolutely fearless when it came to writing. One of the final lines of his last poem, ‘Adieu’, reads: “And in the dawn, armed with a burning patience, we shall enter the splendid cities.” For me, that’s the line that best sums up Rimbaud. If you’re just getting started with him, I’d take a look at: War, Sensations, and The Drunken Poet.

As far as I’m concerned, this is McCarthy’s magnum opus – an expansive, sometimes tedious, semi-autobiographical story of a man named Suttree, navigating life on the banks of the Tennessee River. Suttree illustrates the true breadth of McCarthy’s vocabulary, and skill as a writer. It’s not for the faint of heart; you almost need time alone on a desert island to get through it. 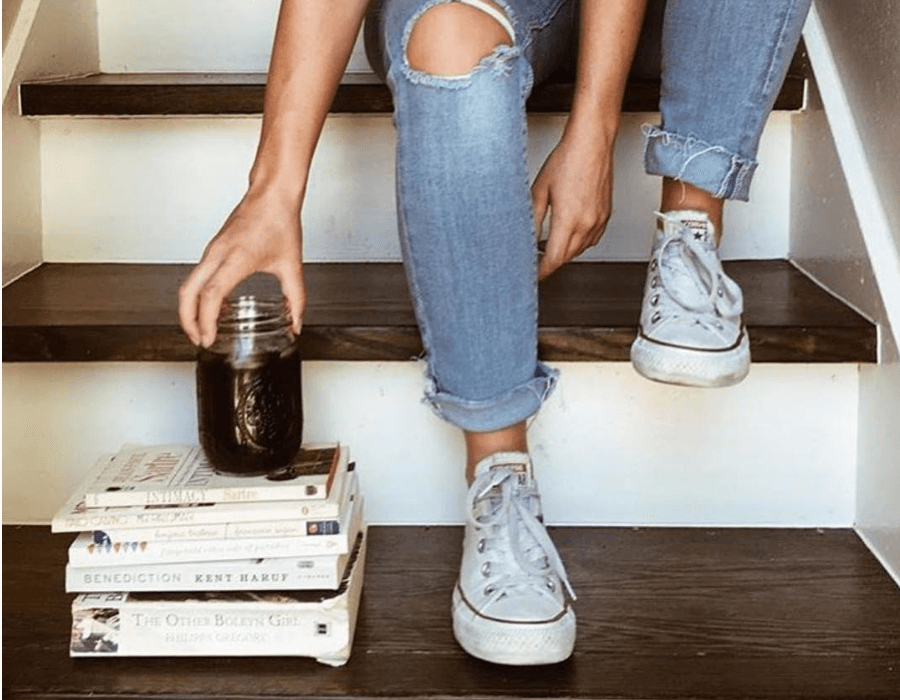 A Constellation of Vital Phenomena by Anthony Marra

I read this as an ARC way back when, and instantly fell in love, not only with the book itself, but also with Marra as a writer. As a former Stegner Fellow, and Iowa graduate, it’s not terribly surprising that Marra has such a command over language and plot, but even still there are some truly, stop-in-your-tracks, spectacular lines in this book. I push this book a lot because it’s heartbreakingly beautiful, exquisitely written, and a great example of an uncommonly sure-footed debut.

I credit my love of books to Enger’s debut, Peace Like a River. When I think about it today, I get a sort of visceral warmth; it reminds me why I love reading, and words as much as I do. Enger’s writing is very clean, very poetic, simultaneously whimsical and straightforward. His characters are beautiful and flawed, and I can’t imagine a single person in this world who wouldn’t adore this book.

I don’t read a lot of satire, but I’ve read Confederacy of Dunces ten times. Actually, just writing this makes me want to read it again. This is satire at its finest, a brilliant, hilarious novel, about a morbidly obese, self-pitying man, named Ignatius J. Reilly. Toole paints his protagonist as an intelligent but lazy behemoth, who lives with his mother and eats a dozen hot dogs with one gulp of his enormous gullet. It’s great writing, and just a fun read. It also makes a lot of references to Boethius, which is a bonus. 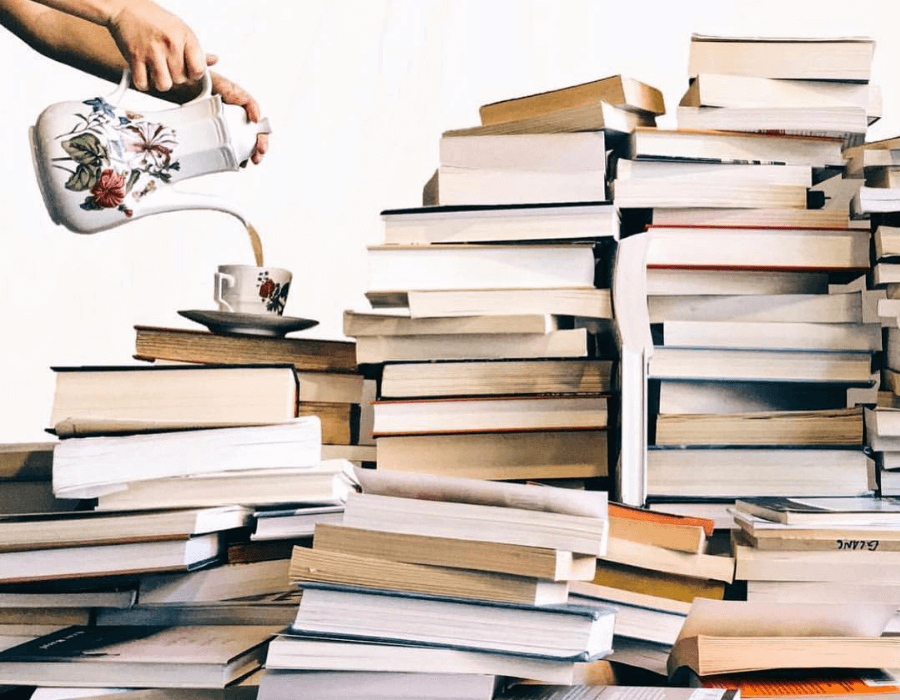 I love short stories, and I think the true master of the short fiction form is Raymond Carver. His writing has this uncanny feel to it, where the scenarios he depicts are just one or two degrees away from reality, creating a sort of uneasy feel. I went through a real Carver phase, and my dreams would shift into his pseudo-reality, but I think that’s the sign of a great writer – the ability to infiltrate the subconscious. Anyway, What We Talk About When We Talk About Love is certainly his most famous collection, and for good reason – it contains the very best of Carver.

On the Road by Jack Karouac

I’ve never managed to get through a list of my favourite books without including On The Road. I read this book at the right time, and in the right place – as a freshman in college at CU Boulder, which is where Kerouac and Ginsberg lived for a spell in the 1970s. When I worked at a bookstore I used to pitch it as an adult version of All The Places You’ll Go, because it’s just brimming with youthful optimism. It also has some of the most quintessentially Americanah quotes in it: “Sure baby, mañana. It was always mañana. For the next few weeks that was all I heard – mañana; a lovely word, and one that probably means heaven.” Unbeatable, right?